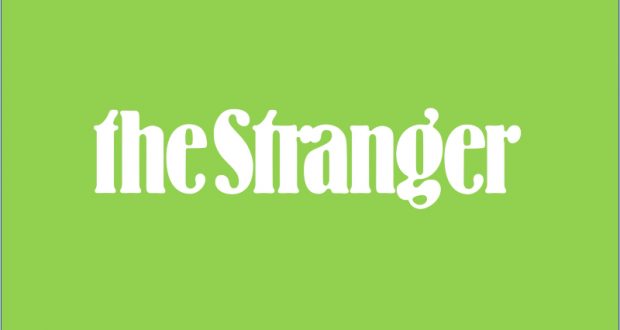 The Essential Vulnerability of the Stranger

In all the years I’ve wrestled with Torah text, few things have occupied me as much as my desire to understand how being a stranger is essential to who we are, as Jews and as human beings.  We “sojourn here but for the blink of an eye.”

My exploration was rooted primarily in intellect, in the joy and rigor of Jewish learning.  On December 5th, at 7:30 in the morning, the limits of my understanding became painfully clear when my dear, beloved Clary – Rivka Sarah bat R’ Yehoshua – was taken from me.  To say that she was “my everything” is an understatement.  For the past twenty-two years, we shared the joy and belief that God Himself had handcrafted our relationship.  But on that morning – a morning that began like any other, with her davening, listening to shiurim, and then going to our pool for her daily water aerobics – everything changed.  She cried out to me.  I rushed to her side.  I clutched her hand.

A mitat neshika, in the blink of an eye, God took her.  Now I walk through our home, expecting to hear her voice, to see her warm smile, to feel her comforting touch.  But no.  She had been a guest, a stranger.  Her time here with me, in our home was not her own to determine.

I now feel what it means to be a stranger; to be vulnerable, to stand upon unsettled ground.  If a woman such as Clary, a woman of passion, emotion, determination perseverance, personality, devotion, loyalty, and strength, intensity, and emunah can be taken from one moment to the next, who can help but feel the precariousness of existence?

The world is indeed “a narrow bridge”.  We sojourn here but for the blink of an eye.  This is the fundamental nature of our condition; we are visitors, strangers.

In Bereishit (46:8-27), we are told that Yaakov’s household, numbering seventy, has just arrived is Egypt.  “And these are the names of the children of Israel who are coming (habayim – present tense) into Egypt.  This phrase is repeated nearly verbatim in the opening pasuk of Shemot, save that the number is reduced to twelve and the tense of the verb changes to past.

Rav Soloveitchik, zt’l finds the key to redemption in these small changes.  We must live, seeing ourselves as “just arrived” and our condition as being as “temporary residents”.   He abhorred the term “Diaspora” to describe the Jewish condition.  He preferred instead the harsher, and more accurate, term galut – exile.  Why?  Because “Diaspora” implies legitimacy.  Galut is truth.  We have no “standing”; our existence is precarious.  Fine homes are no more certain than desert tents.  As physical beings, we are strangers.  Only as spiritual beings can we have a true home.

Our archetypal experience of being strangers – our enslavement in Egypt – needed to be shrugged off before we could realize the promise of freedom God has for us.

The Hebrew verb li’sbol means “to suffer”. God promises that He will remove us from the burdens, from the suffering, that was a constant of our existence in Mitzrayim.  Li’sbol also means “to tolerate”.   With this understanding, Rebbe R’ Bunim notes that despite their backbreaking labor, the Children of Israel came to “tolerate” their situation, to accept slavery as the natural state of being.  They became blind to how terrible it was.  As a result, their galut became not only physical but spiritual as well.  God had to redeem them not only from their backbreaking labor in order to free them from their tolerance of their slavery.

R’ Menachem Mendel of Kotzk proclaimed that the first step to freedom is the willingness to rebel against slavery, against galut.  Before being led to Sinai, B’nai Yisrael had to accept God’s great gift of freedom from their savlanut – their tolerance of their slavery.  The freedom from tolerance is the foundation for geula.

There can be no redemption until galus is utterly rejected.  For galus to be rejected, it must be acknowledged.  Indeed, it is this understanding that prompts the Chidushei HaRim to teach us that the posuk should read, “I will deliver you from being tolerant of Egypt.”

The Children of Israel criticize Moshe and Aaron for angering Pharaoh by calling for their freedom. They have become so inured to their slavery that they would rather continue as slaves than sacrifice for their freedom.  The necessary implication being that they deserved galut.

But that is not “a life”.  That is slavery.  It is the antithesis of God’s desire that we enjoy the power and grace of geula!  The slave wants only his daily bread, the inexorable sameness and numbness of existence and not a life of spirituality and meaning.

Certainly, the generation of Yetziat Mitzrayim had to say, “Enough!” before they could cross the Red Sea and enter the wilderness and, ultimately, receive the Law at Sinai.

To know salvation exists, we must know we live in galut.  And, we must want salvation.

It is told that Rav Nachum of Chernobel once stopped at an inn owned by an old Jew.  At midnight, Rav Nachum sat on the floor to conduct his Tikun Chatzos, crying so bitterly over the Churban that many of the inn’s guests were awakened by his distress.

Trembling, the Jewish owner rushed to the Rebbe.  “Why are you crying?  Does something hurt?”

Rav Nachum shook his head.  “I am bemoaning the Churban and the bitter galus.”

The innkeeper was confused.  “What Churban?  What galus?  What is all the grief about?”

“You don’t know?” Rav Nachum asked.  “Our Temple in Jerusalem was razed.  We were exiled from our Chosen Land because of our sins.”  He studied the innkeeper.  “I am beseeching God to speedily send the Moshiach, so he brings us to Eretz Yisrael.

“Are you ready to go up to the Promised Land?”

The innkeeper shook with fear and raised a hand.  “Wait, Rebbe.  I am going to ask my wife what to do.  She will know.” He hurried away only to return soon after.  “No, we will not go.  Why lose all the chickens, cows, and sheep?  It makes no sense to follow Moshiach and leave all this behind!”

Rav Nachum persisted. “Is it really so good here?  The locals rampage, kill and plunder!”

“Let me ask my wife.”  Once again, he came back quickly.  “She said that this is our life and it is quite satisfactory, thank you.  She said I should tell you to pray to God to chase away all the evil locals to the Promised Land.  As for us, we will stay here with the chickens, cows and sheep.”

The innkeeper and his wife were blind to their galut.  They were blind to true existence of their lives.  While it is easy to laugh at the foolishness of the innkeeper, we are so much like him.  We revel in our comforts while shrugging off our discomforts.  “It is what it is”, we tell ourselves.

Losing Clary forced me to confront my galut.  The pain of existence is too sharp, too real.  I must raise my eyes.  To God, to Clary.  Geula awaits.

2023-01-20
Eliyahu Safran
Previous: Voluntary Sacrifice: From the Furnaces of Egypt to Babylonia
Next: Va’era: Fourth Aliyah