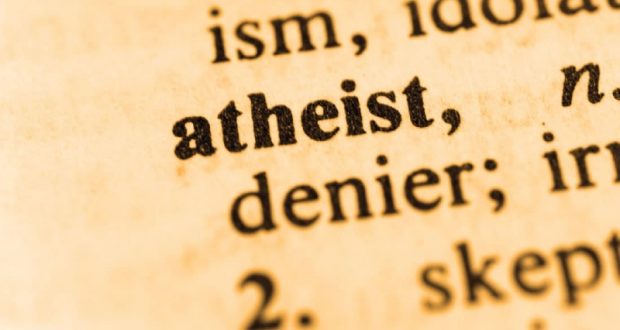 Can an Atheist Do a Mitzvah?

I. Reasons for Mitzvos

Everyone fulfills commandments at some point, even if only incidentally. But can the actions of an atheist or other non-believer count as mitzvos, as fulfillments of the divine command, when they are not intended as such? This matter is subject to debate but the majority seem to agree that a non-believer does not receive reward for doing mitzvos. This does not refer to someone with questions and doubts but to someone who firmly denies core Jewish beliefs, who rejects the idea of divine commands. Effectively, an atheist cannot do a mitzvah but that does not mean he should not do them.

There are many reasons to encourage an atheist to fulfill Torah commandments despite his theological reservations. There are social benefits to someone already within the community, family connections strengthened through Shabbos and holiday observance, and other reasons that are not inherently religious. Additionally, people’s beliefs change over time as they journey through life. A person leaves open the door for return when he remains socialized within Torah-observant circles. The question we raise here is not whether an atheist should observe mitzvos (he should) but whether he receives divine reward for doing so. Does God’s accountant, so to speak, put credits in the mitzvah column of the atheist’s ledger?

II. Why Do We Do Mitzvos

Writing about gentiles (Benei No’ach), Rambam (12th cen., Egypt; Mishneh Torah, Hilkhos Melakhim 8:11) says that they must follow their seven mitzvos because God commanded them through Moshe to do so. If they observe those laws because they concluded that it is proper behavior, they are not righteous but only (or: not even) wise people. An atheist gentile who follows the seven mitzvos does not receive reward for his behavior because he is following his own ideas, not divine commandments.

III. What Does it Mean to Do a Mitzvah?

Rav Yom Tov Lipman Halperin (19th cen., Poland; Responsa Oneg Yom Tov, no. 19, s.v. ve-da in brackets) reaches the opposite conclusion. It is true that a gentile must fulfill his commandments because of the Mosaic transmission but this does not apply to Jews. The seven Noahide commandments are prohibitions. When it comes to prohibitions, the Gemara (Kiddushin 39b) says that if you sit and do not transgress a prohibition, you only receive reward if you refrained from the act because of the divine commandment. Otherwise, you are not doing a mitzvah but just doing nothing. However, a positive commandment is different. God told you to do something and you did it. It does not matter why you did it. The fact is, you did it, and therefore you should receive reward regardless of your motivations and beliefs. Even an atheist should receive reward for his mitzvos because, in practice, he did as he was commanded.

But did he actually do as he was commanded. Rav Elchanan Wasserman (20th cen., Poland; Kovetz Ma’amarim, “Teshuvah Le-Sho’el“, par. 14) quotes Rabbeinu Nissim (Ran, 14th cen., Spain; Rosh Hashanah 28b, 7b in the Rif, s.v. garsinan) in the name of the Rav Aharon Ha-Levi (Re’ah, 13th cen., Spain) regarding whether commandments require proper intent. Re’ah is among those who believe that mitzvos do not require kavanah. However, Re’ah adds, while you do not have to expressly think while eating matzah that you are doing so for the mitzvah, you have to intend to eat matzah (rather than, say, meat) and know that the day is Pesach. Otherwise, you are just misasek, you stumbled into the situation and accidentally ate matzah on Pesach night. That isn’t a mitzvah act but an act that incidentally turns out to be a mitzvah. In such a case, you do not fulfill a divine command. Similarly, says Rav Wasserman, someone who does not believe in God or the commandments is just misasek. He does certain actions that in the proper context would constitute mitzvos but here that fact is only incidental. Therefore, a non-believer cannot fulfill a positive commandment.

IV. Being Part of a Mitzvah

Elsewhere, we discussed Ramban’s (13th cen., Spain) similar view that a non-believer cannot fulfill mitzvos (Commentary to Num. 15:23, Deut. 28:14; Introduction to Job). Perhaps a similar idea can be inferred from a responsum of the Rambam (12th cen., Egypt). Rambam (Pe’er Ha-Dor, no. 71) was asked whether Karaites can be counted for a minyan. Rambam replied that since Karaites does not believe in the idea of a minyan, they cannot be included in a minyan. Perhaps Rambam is saying that since they do not believe in this mitzvah, they cannot fulfill it and therefore they cannot be included in the quorum.

Be that as it may, this should not discourage an atheist or other non-believer from fulfilling mitzvos for any reason he may have. After all, if he does not believe, why would he care whether we believe that he gets reward for his mitzvos?