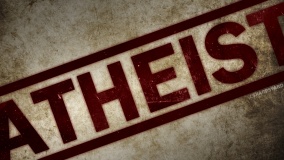 Everyone fulfills commandments at some point, even if only incidentally. But can the actions of an idolator or a non-believer count as mitzvos, as fulfillments of the divine command, when they are not intended as such? The Ramban answers in the negative and leaves open the possibility that a devout Christian has more mitzvos than a Jewish atheist.

There are many reasons to encourage an atheist to fulfill Torah commandments despite his theological reservations. There are social benefits to someone already within the community, family connections strengthened through Shabbos and holiday observance and other reasons that are not inherently religious. Additionally, people’s beliefs change over time as they journey through life. A person leaves open the door for return when he remains socialized within Torah-observant circles. The question we raise here is not whether an atheist should observe mitzvos but whether he receives divine reward for doing so. Does God’s accountant, so to speak, put credits in the mitzvah column of the atheist’s ledger? [1]I am sure some may deride such theological investigations but I merely pass that question on to the great Jewish thinkers of the past who discussed the issue.

I. Idolators and Mitzvos

In his commentary to Num. 15:23, Ramban writes that the mitzvos of an idolator are meaningless. This could mean one of two things. Either God rejects the mitzvos of an idolator due to the severity of the religious offense of idolatry. Alternatively, an idolator cannot truly accept the binding nature of the commandments due to his theological error. Therefore, his fulfillment of commandments is inherently lacking a crucial element.

According to the first approach, God rejects those who reject Him. It is, indeed, a fitting response, midah ke-neged midah, measure for measure. If this is correct, then perhaps God only rejects those who fully engage in idolatry, i.e. exclusively. Even an idolator will respect his parents at some point in time. However, as punishment for idolatry, God refuses to accept that action as a mitzvah. But if someone worships God and idolatry, adheres to some form of syncretism, that person is a sinner but not entirely rejected. He still embraces God so God does not turn him away.

According to the second approach, an idolator inherently cannot fulfill a mitzvah. His idolatry consists of a rejection of all that is sacred. Therefore, any mitzvah he performs is a secular act. There can be no command where there is idolatry. This seems reminiscent of the rabbinic statement that one who accepts idolatry rejects the entire Torah (see Rashi, Horayos 8a sv. kesiv).

The question, then, is whether Ramban considers the rejection of an idolator’s mitzvos a punishment or a natural consequence. Ramban’s words here seem, a bit, to confirm the second approach, that this phenomenon is a natural consequence. He writes: “Whoever accepts another deity other [than God], everything God commanded, whether positive or negative commandments, is negated for him. If there is another deity other [than God], His fear and commandments and their obligation are nothing.”

However, Ramban seems to adopt the first approach in his commentary to Deut. 28:14. There he writes: “If you follow other gods to worship them, you have departed from all [God’s] commandments and He has no desire at all from any commandments you fulfill.” God rejects the religious acts of someone who rejects Him. However, in neither passage is his language conclusive.

A possible resolution may lie in a third passage. In Ramban’s introduction to his commentary to Job (Kisvei Ha-Ramban, vol. 1 p. 23), he writes that someone who denies God’s existence will not receive reward for the mitzvos he performs. The central element in divine reward is belief in God. Without belief, there is no mitzvah and no reward. This implies that someone who accepts God’s existence, even if he commits idolatry, is still rewarded for his mitzvos. It seems from here that Ramban adopts the first approach.

Alternatively, perhaps the Ramban differentiates between God’s relationship with Jews and with gentiles. In a much-discussed comment, Rambam (Moreh Nevukhim 1:36) explains some biblical descriptions that imply God has emotions. Divine anger, Rambam states, is only over idolatry. Commentaries throughout subsequent generations struggle with this because there are clear passages contradicting this claim (e.g. Ex. 4:14; Num. 12:9). R. Yosef Kafach (ad loc., n. 4) writes that this is so easily disproven that Rambam must have had some other, simple intent that unfortunately eluded R. Kafach. Rambam also explained that God’s jealousy is reserved strictly for idolatry.

Ramban (Ex. 20:5) agrees that God’s jealousy only applies to idolatry but adds that this only refers to Jewish idolatry; gentile idolatry does not evoke God’s jealousy. Perhaps Rambam and Ramban disagree over shituf for Noachides. May gentiles worship God and another deity? As we once suggested (link), Rambam rejects the very concept of worshiping God and anything else. To Rambam, acceptance of another deity is inherently rejection of the one, true God. However, Ramban may agree with those who believe that gentiles are not restricted from worshiping other deities as long as they worship and obey God.

Some see this as permission to gentiles to accept the seemingly multiple deities of the Christian trinity. If gentiles may worship God plus other deities, then there can be nothing wrong with even an extreme understanding of the trinity. God maintains an exclusive relationship with Jews, demanding conformity with exhaustive religious requirements that entirely precludes idolatry of any form. A Jew must reject as idolatry any dilution of his relationship with God or suffer God’s jealousy.

If so, perhaps the commentary to Job reflects God’s relationship with gentiles. Ramban (Job 1:1), among other commentators, believes that Iyov was a gentile. If so, he was only required to accept God, not necessarily to reject other deities. Therefore, in his introduction to this book, Ramban only mentions belief in God as a prerequisite of mitzvah fulfillment. Gentile atheists cannot observe even the bare minimum of God’s law to Noachides.

However, when referring to the Jewish relationship with God, Ramban adds the element of idolatry. Regardless of whether Ramban sees God’s rejection of an idolator’s mitzvos as punishment or natural consequence, he recognizes that God’s jealousy adheres to any Jew who worships another deity. Syncretism, shituf, is a rejection of the special Jewish relationship with God. According to Ramban, Jewish idolators, like atheists, have no mitzvos.

If so, does this undermine Pascal’s Wager? Blaise Pascal argued that even a non-believer should observe religious requirements. If God exists, the reward is infinite. If not, the loss entailed in observing religious requirements is something less than infinite. Therefore, the greatest benefit derives from leading a religious lifestyle “just in case.” [2]Assuming you have a predisposition toward one specific religious approach. Otherwise, you would get lost in a maze of mutually exclusive religions that you try to fulfill “just in case.” However, if a non-believer gains no infinite reward from a religious life, the math is much less clear and could lead to the opposite conclusion, depending on the individual.

If we return to our original question on the Ramban, we may find renewed justification for Pascal’s Wager. According to one understanding, as a punishment, God rejects the fulfilled commands of someone who rejects God. An agnostic, someone who is merely uncertain or even believes that it is impossible to be certain about God’s existence, does not reject God. Doubt is not disbelief (see I, II). According to the second approach, someone who does not believe in a divine command cannot fulfill it. An agnostic, though, believes there might be a divine command. If he fulfills God’s commandments “just in case,” he is still intentionally fulfilling the divine mandate. Therefore, I suggest that even according to Ramban’s view, Pascal’s Wager works for agnostics.
———