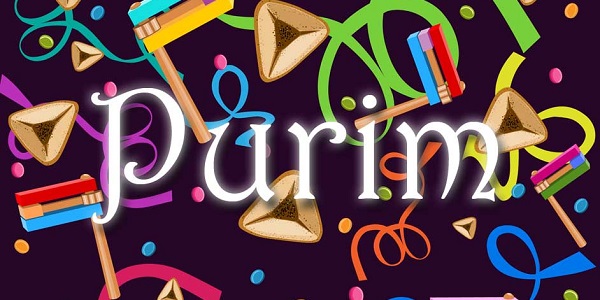 Purim Will Never Cease: Rambam, Aggadah, and the Eternal Purim

Last time, we concluded a series on Rambam’s inclusions of aggadah in his Mishneh Torah. As I finished, I realized that my plan was to start Aruch HaShulchan’s drashot for Shabbat HaGadol, which seemed odd to do before Purim (next Monday will, at least, be Shushan Purim).

Instead, I found a comment of Rambam’s that sort of continues the theme of aggadic insertions and says something meaningful about Purim as well. In the last paragraph of Laws of Megillah (2;18), Rambam mentions that all the books of Nach are atidin libatel, will be nullified (or, more likely, will fade away) in the future, with the exception of Megillat Ester, which will join Torah and Oral Law as that which never goes away. The memory of all past troubles will also be forgotten (a claim he supports with a verse in Yeshayahu), but the days of Purim will not (with a verse from the Megillah).

Rabad didn’t like it. He glossed: “these are the words of simpletons (my poor translation of hedyotot; the unsophisticated is another reasonable word), since no book of Nach will be batel (nullified), for every book has some valuable inference in it. Rather, they meant that even if other books became ignored, the Megillah would not.”

The sources that fed their debate, with their ramifications, tell us much about how to experience the holiday we are about to observe.

What Will or Won’t Go Away

Rambam’s source is Yerushalmi Megillah 1;5, where R. Yochanan says all of Nach is destined libatel, to become unnoticeable, other than the Torah itself. Resh Lakish says Ester and halachot (by which he means the Oral Law) will also not be lost.

A first problem with Rambam’s recording this Yerushalmi is that he seems to follow the view of Resh Lakish, when the general principle is that we accept the views of R. Yochanan when the two debate. Mareh HaPanim (a commentary on Yerushalmi)suggests this isn’t a debate, that R. Yochanan found a verse to prove that Torah would not go away, and Resh Lakish added a verse for Megillah and halachot. (Theoretically, that could mean other verses would be found for other books, but I don’t know of anyone who suggests such verses).

The more glaring question is why those books should no longer be consulted (and why, for Rabad, they will continue to be). Korban HaEdah, commenting on that Yerushalmi, reasoned that those books were all tochacha, prophets admonishing the Jewish people on their need to improve. In that future time, when all Jews will know Hashem well and serve Him properly, those books will be unnecessary.

Getting It From a More Direct Source

Shu”t Radvaz 2;666 (who lived before Korban HaEdah) reasons similarly, that in the days of Mashiach, we’ll learn directly from Hashem, as we did in the time of Moshe Rabbenu. Some of his locutions sound like he meant that radically, that we’ll consult directly with Hashem about halachah (I think Rambam would have a problem with that, because it implies that we can override the Torah itself). Along those lines, he says people will source their claims by saying “this is what so and so said in the name of so and so, who said it in the name of so and so… who heard it from Hashem.”

The continuation of the responsum leaves room for a less radical reading as well, in that he says people will be so learned of Hashem (as a verse says) that they won’t need the prophets, they will be able to derive everything they need to know from the Torah itself.

After that, he again mentions that we’ll learn mi-pi haGevurah, from Hashem Himself, as it were, but it seems to me that he means it in the less revolutionary way, that we will be able to read the Torah so insightfully, our inferences will be as if we heard them directly from Hashem.

We can be more certain about his overall meaning, matching that of Korban HaEdah, that our spiritual progress will make most of the books of Nach irrelevant to our lives. Their messages will be found in the Torah itself.

(There’s much to be said about that, since those books aren’t always directly or only about admonishment—there are promises of comfort, insights into Hashem and humanity, and more. I believe these commentators meant that the Torah has all of that, too, for those advanced enough to to see it).

In chapter 12 of his Chiddushei HaGri”d (on the Bar-Ilan CD, under ma’arachim), the other Gri”d (in the circles I travel, Gri”d is the acronym for the R. Yosef Dov Soloveitchik who was a Rosh Yeshivah at YU, son of R. Moshe Soloveitchik; thisGri’d was the son of R. Yitzchak Ze’ev Soloveitchik, R. Moshe’s brother, each of whom named a son for the Beis HaLevi, their grandfather) agreed with this basic view, that we won’t need those other books anymore.

That helped him explain Rabad’s disagreement; Rabad held that the connection between those books and the ideas/laws we infer or derive from them was so strong, the link so unbreakable, that there was no way we could dispense with them. He adds that his father held that Resh Lakish meant something more far-reaching, that the Oral Law derived by inferences from those books will itself fade away (to consider how remarkable that is, it means that any practice that we source to Nach would no longer necessarily apply, that our understanding of halachah would be re-analyzed, looking only at Torah. Since there are many prominent halachot of which that’s true, that’s quite a claim).

He does mention that the Chafetz Chayyim was quoted as rejecting that, as certain that there’s no way the Oral Law aspects of Nach would go away. It raises tremendously interesting questions of what’s essential to Jewish observance, what the religion can or cannot do without, and what could be construed in other ways.

R. Yitzchak Ze’ev Soloveitchik’s idea would mean that Judaism could change significantly in the future, since whole sections of Jewish practice would have to be rederived (he may have assumed they would all end up reaching the exact same conclusion, which would make it more conservative an idea than I am portraying it), without that affecting or damaging our essential connection to Hashem. That certainly needs further thought and consideration, not for now, but it is on my agenda.

Purim As a Prophetic Institution

I have not found commentators who offer explicit reasons for why Megillat Ester should be different. Before I share the idea that strikes me, I want to point out other ways Purim seems to be different, since those are useful building blocks of the claim I want to make.

Rambam referred to Purim as a takkanat nevi’im, an ordinance of the Prophets. Divrei Yirmiyahu, a commentary, quoted Yedei Eliyahu (whose biography is fascinating; he was a rabbi in Syria, India, Hong Kong, and Shanghai, passing away in 1938) to say that creating a holiday could not have been done just by rabbis (not the first time, anyway), it needed to be done by prophets. As the Gemara noted, the usual assumption is that neither prophets nor sages can add to Jewish practice. It took new insight to understand when they in fact may, and how.

(I think that is why the beginning of Rambam’s Laws of Chanukkah repeatedly refers back to Purim—Purim created the paradigm, made it clear that holidays could be established, as long as they were not confused with Biblical ones.)

To Tzitz Eliezer 18;42, that explains why the Al HaNisim for Purim doesn’t refer to ve-kav’u, they made these days. Torah scholars are kove’a holidays, like Chanukkah, but prophets made Purim, in a way that was ratified by the Heavenly Court itself (this is based on Megillah 7a, which reads the phrase from Megillat Ester, kiyyemu ve-kibbelu, as meaning, “they ratified above what was established below”).

That has other ramifications, for Tzitz Eliezer. The obligations of the day are not Rabbinic, they’re an ordinance of the prophets, and—he says—are part of why this book and holiday will never go away. That’s an odd claim on its face, since the other prophetic books will fade or be nullified, Rambam held.

A similarly surprising comment comes from Or Sameach (written by the author of Meshech Chochmah, a classic fox as compared to R. Chaim Soloveitchik’s hedgehog) to this Rambam). He notes Nedarim 22b, which says that had the Jews not sinned, they would have only gotten the Torah plus Yehoshu’a, since that has discussions of the significance of Israel (and of the division of the Land among the tribes).

It seems to contradict our discussion here—if all of Scripture other than Yehoshu’a would have been better left unwritten, what does that say about Ester? One option is to assume R. Ada berebbi Chanina in Nedarim disagreed with Resh Lakish.

I think it’s also possible that R. Ada would have said that, ideally, we’d never have needed Megillat Ester but then agreed with Resh Lakish that, once written, it would stay forever.

Why, though? To me, the idea of Yedei Eliyahu and of Tzitz Eliezer, of the necessity of prophets to the process of creating this holiday, is the linchpin of the answer. In their view, Purim is the first and paradigmatic example of where human access to the divine led to humans’ abilities to change the world (and especially the world of Torah) in appropriate and proper ways.

All the other books of Nach (and, for the Gri”z, all the ideas we derived or inferred from them) are an outgrowth of human failure. In the Messianic world, in Rambam’s view, we will not need—and will therefore dispense—with those markers of a world that we will have outgrown. (Of course, Rabad disagrees with this entire train of thought, but I’m working with Rambam).

Purim is different, in that it is (at least by the end of the story) a success, an example of humanity doing well and being able, from doing well, to constructively and productively shape the world, with divine input. It’s not that we come to know how to build the world on our own, since that’s what Chazal do; it’s that we came to know how to build the world in direct partnership with Hashem.

That, I think Resh Lakish understood the Megillah to be telling us, we will never want to forget, since it can and should be a permanent model for humanity going forward—to build well and creatively, using our human ingenuity, in consultation with the Master of the Universe.