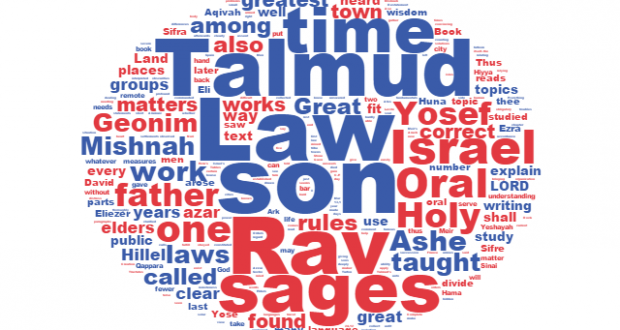 Context and the Insufficiency of Law

Summarizing Rambam’s Aggadic Insertions: Context and the Insufficiency of Law

Almost ten years ago, a business consultant named Steven Spear introduced me to the concept of a personal ideas map. The concept is that every time a person speaks or writes, s/he should jot down the basic ideas expressed. By periodically reviewing those abstracts, each of us might see an unrealized direction, a cohesive set of themes or motifs, around which we had been circling.

I am not nearly disciplined enough to do that with whatever writing or speaking I am invited to do. But I find it hugely valuable in my study of the writings of our great forebears. I am in the final stages of a book on Rashi, which attempts to elucidate themes of Rashi’s thought in exactly that way. Here, let’s do it for the sample of selections of Rambam we studied, where Rambam includes aggadic ideas in a purportedly legal work.

These aren’t necessarily reflective of Rambam’s use of aggadah in Mishneh Torah generally, both because I have no idea if this is a statistically significant sample (since I don’t know how many times Rambam did it in Mishneh Torah as a whole), and because the selection process wasn’t quite random (I searched for mentions of the Avot for some of these, but for others chose ones I happened to know; that feels pretty random, but by people who care about randomness, it’s not random).

I think these selections show some running themes nonetheless. These might be the only places where Rambam acts as I will suggest, but it gives one reason Rambam includes aggadic material, and the use to which he puts those ideas. To see what those were, let’s briefly remind ourselves of what we saw in our selections of Rambam:

1)    The beginning of Laws of Chanukkah—Rambam put the national distress in the run-up to Chanukkah in broader terms than just religious persecution. Political, financial, and sexual independence were also taken away from the Jewish people. After describing the troubles facing the nation, Rambam then inserted and stressed Hashem’s role in the salvation, making the Maccabees vehicles of Hashem’s salvation, not independent actors.

2)    The beginning of the Laws of Worshipping Other Powers Than Hashem—As part of a mini-history of idolatry, Rambam also laid out the Jewish people’s path to faith. He started with Avraham’s search for Hashem, which started at age three and went until he was forty. Avraham (in apparent contrast to the other monotheists of his time, whom Rambam mentions) sought to bring those around him along on his path, and succeeded with tens of thousands of people. This tradition passed to Yitzchak, Ya’akov, and the Tribes (see Ya’akov’s deathbed), but was lost in Egypt, other than the tribe of Levi, which never worshipped powers other than Hashem.

3)    The beginning of Laws of Reading Shema—To explain why we say the phrase baruch shem kevod malchuto le-olam va’ed, Rambam recorded the Talmudic picture of Ya’akov’s deathbed, where he worried about his sons’ fidelity to Hashem. Rambam ignored the Talmud’s focus on Ya’akov’s desire to reveal to them the End of Days, and portrayed it as being about whether they continued to be monotheists. Rambam linked that to Devarim 29;17, where Moshe worried that some of the Jewish people might already be thinking of abandoning Hashem.

4)    The second chapter of Laws of the Select House—When introducing the altar, Rambam declares its place to have been very exact, and then says it was where Avraham bound Yitzchak, Noach offered sacrifices after the Flood, Kayin and Hevel made their offerings, and where Adam gave a sacrifice, at the place he was created. To me, that reverse chain of history of the place implied a reason for sacrifice (which was permanently restricted to that one place once the Temple was built)— it’s where humanity started, and from there we receive kapparah, atonement.

5)    The End of Laws of Mourning—As he was completing his discussion of mourning, Rambam broadened his scope to kindness in general. A mix of halachic and aggadic sources showed him that accompanying travelers on their way (which we no longer do, apparently because it’s no longer necessary) was more valuable even than hosting them. The Talmud says welcoming guests pushed aside greeting the Divine, which Rambam applied to seeing them on their way as well. He also recorded the Talmudic statement that the failure to accompany a traveler was akin to killing him or her.

6)    The ninth chapter of Laws of Kings, the introduction of the Noahide laws– Rambam mentioned the seven Noahide laws, then paused to give an after-history that has no obvious relevance to non-Jews; he tells us how the Jewish people rounded out the complement of 613 mitzvot. After the commandment of berit milah, circumcision, the Avot added practices, daily prayer,ma’aser, and gid hanasheh (which is reported in the Torah itself). He also claimed, based on sources that remain somewhat obscure, that Amram was commanded mitzvot in Egypt.

7)    The seventh chapter of Laws of the Foundation of the Torah (the first chapter on prophecy)—Rambam recorded the aggadicview that Moshe ceased marital relations after Sinai. Rambam took that to indicate that Moshe in fact left all involvement in the physical, one of the contrasts between Moshe and other prophets. To connect with Hashem, Rambam assumed, requires either a temporary or permanent renunciation of the physical.

8)    The beginning of Laws of Prayer—Fixed prayer was how Ezra and his court eased Hebrew prayer for a generation that lacked fluency. The unstated assumption was that prayer is better in Hebrew than in any other language, or in the mix of languages the returnees from Bavel spoke. I suggested that Rambam’s calling the language Yehudit implied its connection to Jewish faith, since that’s a word Rambam elsewhere uses solely about the dat, the Jewish creed.

What Have We Got?

Two commonalities of those too-brief summaries seem to me to point us in an interesting direction. First, note that almost all of them come at the beginning of some section of laws. Those in the middle (such as Laws of Kings) are at the beginning of a new section, a discussion of new laws or ideas. That’s true for Laws of Mourning as well, where Rambam was moving from mourning to kindness more generally. (Over Shabbat, I mentioned this series to someone, and he jumped to say that they probably all come at the beginning or end of halachot; that’s because Prof. Twersky z”l pointed out that Rambam often pauses at the end of sections to give a broader philosophical context or comment on an issue related to the halachot just seen. But those comments, in my recollection, don’t particularly summon aggadic material for support).

Second, these were all places where Rambam inserted Hashem where not required. Chanukkah became a holiday of Hashem’s salvation, rather than what the plain law would require—a holiday where we thank and praise Hashem for a hidden miracle with human beings as the main actors; Avraham is brought in, almost unnecessarily, as a counter-model to idolatry in that he found his way to faith in God, which he then spread; Ya’akov’s deathbed left us a reminder of the centrality of monotheism to his legacy; sacrifices are offered (and atonement secured) at the place Hashem created humanity; accompanying travelers is more important than greeting Hashem; part of what distinguished the Jewish people from Noahides was their taking on more practices in service of Hashem than they were commanded; prophets reached Hashem by denying the physical, either temporarily or, in the case of Moshe, permanently; and prayer needed to be in a language that reflected Jewish faith.

Context and the Insufficiency of Law

To me, these all show Rambam’s interest in a context that law itself does not provide. Laws are obligations and prohibitions, and those are necessary for a religion. Some of those laws themselves make explicit our need to interact with or relate to Hashem. But not enough for Rambam’s taste.

It wasn’t enough to have a holiday whose essence was singing songs of praise, to have rules against worshipping powers other than Hashem, etc. For Rambam, those laws needed a context that that had to be imported from aggadic material.

That’s important in terms of deciding what he did or didn’t believe. There is a long-running  (centuries long, since almost right when he published his books) debate about Rambam’s “real” beliefs, since he made clear that he sometimes shaded his presentation to accommodate the needs of his readers.

I have long thought that one way to be sure of a sincere belief of his is when he includes an idea that his framework did not demand (the first place I noticed it was his reference to the return of sacrifices in his description of the Messianic era in Laws of Kings), Since he could have left them out without ruffling any feathers.

In our cases, it points to a Rambam who took aggadic versions of history literally when he might easily have dismissed them as metaphorical or allegorical, all of them pointing to what I think is undeniably central to Rambam’s view of the religion in general and all the halachot we have seen in particular: the faith in and connection to the One God, Creator of the Universe.