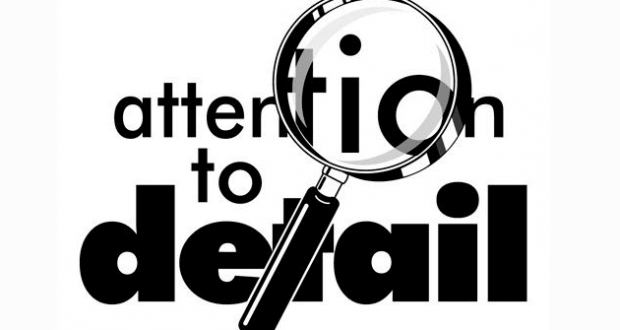 The Sacred in the Details

The Sacred in the Details: No Shortcuts in Service to God

Early the next morning Abraham got up and saddled his donkey. He took with him two of his servants and his son Isaac. When he had split enough wood for the burnt offering, he set out for the place God had told him about.
-Bereshit 22:3

Philosophers and commentators have for centuries focused on the person of Avraham as he answered God’s call to sacrifice his son.  They describe the awe, the fear and the trembling that must have nearly overwhelmed him.  Fewer commentators have focused not on Avraham’s emotions but on his actions.  It would serve us well to worry less about his emotional state and look instead at his actions, for it is in his actions that we get the clearest understanding of his great faith.

He woke early.  He saddled his donkey.  He took two young men along with Isaac.  He split wood for the offering…  wait, he split the wood?  We understand that the first three actions were immediately necessary for the task ahead.  But splitting the wood?   Why was it necessary to split the wood before embarking on the three-day journey to the place God would show him?   Why not wait until he came to the place and chop wood from a nearby tree?

Ignore for the moment that the burden of this korban was so much greater than any physical weight he might have to carry.  Concentrate instead on the fact of it being a korban – a   sacrifice, with the same demands and requirements for the korbanot that will be offered in the Beit HaMikdash.  Therefore, Avraham prepared as if this were a Temple sacrifice, sure to use wood that would meet the holy requirements for a Temple olah.  And what kind of wood is that?

In Masechet Middos we learn that there was a lishkat ha’eitzim, a wood chamber, in the Temple where the Kohanim meticulously inspected the logs to be used for the Altar’s fires to ensure they were insect free.  Any insect-infested wood would have been considered blemished and could not be used in the Temple service.

Not even the wood to be burned could reflect poorly on the sanctity of any aspect of God’s Temple.

The Rambam codifies in Hilchot Isurei HaMizbeach that every single aspect of the Temple service had to be pure and as close to perfection as possible.  The animals used in the sacrifice had to be unblemished.  The meal-offerings and the wine libations that accompanied the korbanot had to be without impurity.  Likewise, the source of the wood used for the Altar’s fires could only be from the finest timbers.

In the Rambam’s view, any inferior or poor-quality materials – whether animal, wine, flour or wood – were unfit to be used in God’s House.  There is no “second best” when it comes to serving HaShem; not in large ways or in small ways.  All must be only the best.  There can be no “cost cutting” when in the service of God.  When it comes to God’s mitzvot, there are no aspects that are “more important” or “less important”.

The magnificent Etrog or Tefillin or Sefer Torah are powerful and holy items, but equally important is everything about the process of acquiring these gifts and fulfilling these mitzvot.  Were the methods used to acquire them “kosher”?  Was the money used to buy them earned honestly?

The Tefillin are mehadrin but likewise, was the money used to purchase them also mehadrin?  In other words, was the “wood” insect free?

When one races to shul on Shabbat afternoon to make Mincha – no longer in one’s Shabbat best – or rush to make shul on Friday evening, still breathless from one’s busy day and dressed in weekday schmattes, do I pause to think that I’m standing before God dressed in a way I would never dream of dressing for an “important” business meeting?

Is the “wood” insect free?

When it comes to God’s service, it is not just our actions but our thoughts and intention with which we come to serve Him.  I love my food.  In fact, I savor every bite sometimes literally salivating over my steak and potatoes.  But the bracha I recite before and after I eat?  Quickly recited.  Perfunctory.  As my son, Zev, has insightfully commented, “…given how easy it is to take food for granted these days…” it requires thought to remember what a blessing it is!

In our iPhone era, are we “connected” to all that is ephemeral only to find ourselves disconnected from God?

Have we split the wood to make sure every aspect of our service and our lives are pure?  Do we take the time to remember that every aspect of our lives is equally important – the wood no less than the animal to be sacrificed?  Do we pause to think about how we treat others as we fight our way to the top of our professional ladders?

Set to perform the most daunting of religious services, Avraham was focused not only on the larger picture but also on the details.  It is in his attention to detail that we see his true character.

Of course, he could have not bothered with the wood until he got to the place, knowing God, Who had commanded him would “provide”.   Don’t we all share that attitude, that we can “leave it to” God?  He will provide.  Or, worse, we rely on God’s understanding that we’re busy, or overworked, or having a bad day.  God “gets it”.  God will cut us some slack.

Not Avraham’s character or perspective.  The Ramban explains that when God told him to sacrifice Yitzchak, Avraham had every reason to consider only the big picture.  Is there a man among us who would have respected or regarded him any less for doing so?  Is there a man among us who would hold him in less awe?  But it was not our regard Avraham was concerned with.  He made sure the wood too would be prepared before embarking, and that it would be appropriate for the service of HaShem.

No excuses.  No bemoaning, “Oye, all that wood… it’s so heavy…”  Avraham was not concerned with any physical challenge or inconvenience.  His service was to God.  The Ramban is clear.  Commenting on vayevaka atzei olah he notes, zerizuto b’mitzvah.  He was eager to perform the mitzvah.

Doing mitzvah should always be done with a sense of urgency.  For mitzvot now is better than later.  “If not now, when?” Hillel asked.

Recognizing Avraham’s eagerness to perform God’s command, Ramban continues with two explanations why it was so important for Avraham to split the wood before heading off.  Perhaps, he suggests, “…he may not find them there at his destination…”  or, perhaps, Avraham would find that the wood was wormy or unworthy.  To forestall such an eventuality and following the Torah’s law, he took from home only wood fit for a korban.

Performing mitzvot requires not just action and behavior but also the forethought, focus and intention.  No autopilot when it comes to mitzvot.  No cutting corners.

It is in his attention to the detail of performing God’s command that Avraham models how we are to behave as Jews.  God willing, we will never be tested as he was, but we are all called upon to bring to our performance of mitzvot forethought and intention.  None of us is as impressive as Avraham avinu but all of us are, as Rav Soloveitchik notes, servants of God.  Each, “…man is a servant of God. He belongs completely to God, body and soul.  God owns human existence at every level, physical, spiritual, and social. Every movement of our muscles is related to God. Every thought that flashes through our minds belongs to Him….” and “from time to time, God calls upon man to return to Him whatever is His.  He demands that man give not a part but the whole of himself…”

Can we remember this in the midst of our own service?  Can we split the wood at the outset, making sure that we have everything in place lest the wood at that place be wormy or blemished?  Can we pause to recite the bracha with thoughtful intention instead of gobbling it up along with the first bite into our steak?  Can we focus on the Pesukei D’Zimra rather than sneaking a peak at our phones?

Can we ensure that our wood is worm free?

Can we make serving God more than merely “doing” but in our doing, bring the same intentionality that Avraham brought to his doing, even when called to the greatest test any man could endure.

Can we, in our “doing” of mitzvot follow the teaching of a great rebbi who taught, “it’s not just the ma’aseh [action], it’s everything in and around the ma’aseh”?

2022-11-11
Eliyahu Safran
Previous: Sodom and the Akedah, Setting Up the Jewish Future
Next: The Limits of Good Intentions