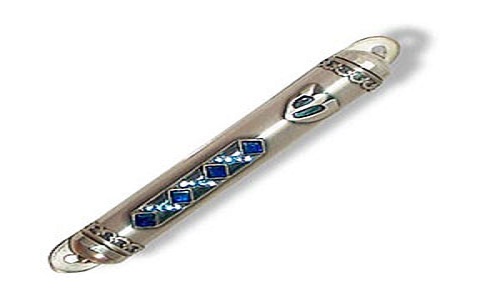 Mezuza for a Storage Room

Question: I am moving into an apartment and want to know whether the storage room (in the building’s basement) requires a mezuza.

Answer: We will start with the basic question – whether a room used for storage is considered “beitecha” (your home – see Devarim 6:9). The gemara (Yoma 11a-b) cites conflicting opinions about whether various areas in one’s property that are not for classic “living purposes” require a mezuza. These include animal pens and storage places for straw, wood, and general items. The gemara also raises the possibility that it depends on whether more classic living needs are also performed there. The Rif (Mezuza 6a) and Rosh (Mezuza 15) accept as halacha the opinions that mezuzot are required in such places. In contrast, the Rambam (Mezuza 6:7) says that only with additional, personal use of the room does one require a mezuza. The Shulchan Aruch (Yoreh Deah 286:2) rules like the majority opinion that it is necessary to attach a mezuza to the entrance of a storage room unless it is also used for disgraceful activity.

Nevertheless, the Aruch Hashulchan (YD 286:9) reasons (although he is inconclusive regarding practice) that because of the machloket on the matter, one should not make a beracha for such a room. This is also the ruling of Yalkut Yosef (YD 285:28) and the leaning of Chovat Hadar 2:(11), although the latter does not fault one who attaches a mezuza there with a beracha (ibid.). In a case of doubt regarding whether a beracha is appropriate for a certain room, the preferred system to use is to attach the mezuza after attaching one to a place that certainly requires one, with the intention that the beracha goes on both mezuzot (see Shach, YD 286:23).

That which makes the halacha regarding storage rooms is unclear is likely because in one’s daily activities, one does not frequent such a room, as putting things in and taking out of storage are periodical rather than ongoing actions (see Derisha, YD 286:2). It seems clear that a room used just for a family’s refrigerator would require a mezuza because that type of short-term storage is considered part of normal living. In contrast, in a place where one stores objects long term and a very long time goes by between times entering it, it should be exempt from a mezuza. However, most cases of storage rooms likely fit within the gray area that is governed by the opinions presented above (see Chovat Hadar 2:(12)).

Other factors could possibly make a mezuza unnecessary for a storage room. The minimum size for a house that needs a mezuza is four amot (somewhere between 6 and 8 ft.); less than this is not considered a house regarding several relevant halachot (Sukka 3a). The Rosh (ibid. 16) posits that both its length and width have to be at least 4 amot. Most early sources understand the Rambam (ibid. 2) as saying that it suffices that the room’s area be 16 sq. amot, even if one dimension is less than 4 amot, and the Shach (286:23) treats the matter as a doubt. According to these rules, many storage rooms may be too small to require a mezuza. (The whole space does not need to be traversable, as boxes that are placed there do not reduce the halachic size, since they can be moved (Mikdash Me’at 286:40). Even if shelves are permanently attached to the wall, if it is used for the room’s purpose (storage), it does not reduce the room’s size (see Chovat Hadar 4:(21)).)

The Pitchei Teshuva (YD 286:11) cites an opinion that a room whose size makes sense for the purpose for which it is used requires a mezuza even if it is less than four amot. While it is difficult to ignore this opinion (see Minchat Yitzchak I:8), it is not clear we accept it and its application is not always clear. Therefore a small storage room would raise further doubt whether a mezuza is necessary and certainly further reason not to make a beracha if attaching a mezuza (see Chovat Hadar 4:(16)).

In summary, regarding most storage rooms, there is doubt whether they require a mezuza, and attaching one there without a separate beracha is the best way to go.