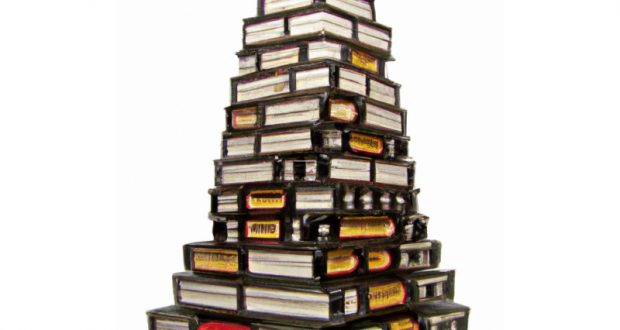 We were created perfect and placed in a perfect paradise.  What could go wrong?

Apparently, “perfection” does not mean without conflict.  Conflict is embedded in our natures.  We are filled with the breath and spirit of God even as we share the basest instincts of the beasts of the field.  We are loving and caring even as, as Ramban observes, we possess an innate drive to exert, “…dominion and power over the earth to do his will with the rest of the animal creation, to build, uproot and plant.”

The drive to dominate fills us with dark passions to, “fill the earth and subdue it.”  It is the force within us that impels us to build cities and fortresses, create devastating weapons, devise technological wonders that divide us rather than unite us and we even resort to murder to achieve our ends.

Like our other primal urges like hunger and sexual need, our drive to dominate needs to be tempered by our best selves lest it diminish us.  Our yearning and zeal to “fill the earth and subdue it,” inspires us to evil and to good; to build homes filled with shalom bayis and synagogues for worship; it inspires us to build courts dedicated to the laws that allow every man to live according to his rightful needs; to build seats of good government that reflects the proper authority of man in his community even as it drives us to build fortresses and armed camps, to build weapons of unimaginable destruction, intrusive and vile technology and even to commit murder.  “For I have slain a man to my wounding and a young man to my hurt.”

Such incidents of manslaughter should not surprise us in the earth’s early, developing societies.  In them, we observe scenes of corrupt, violent, and impersonal communities, filled with chamas, that must ultimately be destroyed and razed by a mabul. “God saw that man’s wickedness on earth was increasing. Every impulse of his innermost thought was only for evil. God regretted that He had made man on earth, and He was pained to His very core.” Of all the men on the earth, only Noach was a source of some comfort and relief.  As a result, only Noach and those with him in the ark survived.

So, God determined there would be a great mabul and this great Creation and this disappointment, man, would be destroyed.  And then…?  What would change?  Man, perfect man, would always be roiled by internal conflicts – capable of spirituality and acts of great good and kindness even as he struggles with the darkest of passions – what could possibly change?

Was this creature, this perfect creature doomed to live a never-changing cycle of wickedness and destruction?  Or could he become, what one would hope, a baal teshuva?  Certainly, God could hope that a generation of repentance would follow the mabul.  Those who remained from the Ark had witnessed God’s wrath.  The next generation received first-hand reports of what God visits upon a chamas-filled society!

Yet, what do we learn?  That Noach himself, immediately after exiting the ark, drinks wine, becomes intoxicated, and “uncovered himself in the interior of his tent.”

The generations go forth and so, at the end of the parasha we find ourselves witness to a gesellschaft of technologically advanced, skilled craftsmen and builders, able to build a city in the land of Shinar; a major – and noble – feat.

However, as we have come to expect from man, even his greatest accomplishments hold the seeds of great wickedness.  These major technological accomplishments lead to conceit, self-aggrandizement, to a renewed inner need and urge to conquer. Man, who has been granted the right, license, and ability to achieve, accomplish, and “subdue,” sees these innate abilities not as gifts to be wielded with grace and thoughtfulness but as tools of greed and domination.  “Let us build a city and a tower, whose top reach to heaven; and let us make us a name.”

As Nechama Leibowitz observed, man transformed “the technical skills from a means to an end, from serving human needs to becoming the purpose and aim itself for its author.”  Chazal tell us that Nimrod led this post-Flood community.  Nimrod, a man whose pride led to more evil than any man since the Flood, devised idols of stone and wood that led a people to raise the Tower of Babel in rebellion against God.   “I will be revenged on Him for the drowning of my ancestors. Should He send another Flood, my Tower will rise even above Ararat, and keep me safe.”

From the pinnacle of the Tower, they planned to lay waste to Heaven. The Midrash tells us that when Nimrod’s men shot arrows into Heaven, God’s angels caught everyone and, to deceive them, threw them back dripping blood. The archers cried: “Now we have killed all Heaven’s inhabitants.”

Their evil is unquestioned.  The only question is, why wasn’t their fate the same as the generation of the Flood?  Even considering God’s rainbow, certainly this generation deserved to be destroyed.

And yet, for all their evil, the generation of Nimrod was unlike the generation of the Flood.   The generation of Nimrod rebelled against God; “they journeyed from Kedem (east) from the First” (kedem = “east” and “first”). They said: “Neither Him nor His Divinity!” (Bereshit Rabbah 38:7).  Harsh, terrible words!  Cruel and unforgiveable feelings!  And yet, it is important to remember that to rebel against someone, one must first acknowledge him.  Chazal inform us that Nimrod, for all his arrogance, “…knew God but intended to rebel against Him.” He was angry about the Flood. He sought to hold back God’s powers and strength. Nimrod and his contemporaries intended to assault Heaven and set up idols in His stead.  All their evil plans were founded on God and His existence!  In other words, they were guilty of idolatry, plain, old garden-variety idolatry.  What compounded their idolatry was the desire to unify all of mankind with one voice that would mold all people to their goal, “to destroy God.”

Considering this, what should God’s response be?  We know idolatry is inevitable until that time when all of mankind will be enlightened to “call upon the name of the Lord.”  The underlying evil is fairly pedestrian.  What did demand response was the singularity of the moment – a single language, a single, unifying aim, a focus on a single goal.

Ironically, it was this unanimity that saved them from the punishment of the Flood.  As Rashi pointed out, this unanimity, at the least, showed a desire, willingness and action to move forward in a unified, peaceful manner.

God’s response to this harmony and peace was not to destroy but to confound.  “We will go down and confound their language, that they may not understand one another’s speech… and from there did God scatter them upon the face of the entire earth.”

Their evil was not the worry, their single-mindedness of purpose was.

Generally, such unity would be welcomed.  It was only that they were united against God that demanded a response.  The world was “Babeled” with the varieties of “religious” approaches; Catholics, Protestants, Moslems, Buddhists, Lutherans, and hundreds of religious sects, denominations, and groups who simply do not understand each other; splintered and torn asunder, fighting and battling one another rather than the Heavens in their search for some understanding of the truth.  As King David wrote, “When the wicked bloom like grass, and all the evildoers blossom—it is so that they may be destroyed forever.”

History is strewn with the debris of great empires that grew, conquered, and united disparate nations until ultimately disintegrating into a sad pile of rubble.  Where are the great empires of Rome, Greece, Syria, and Egypt?  The nation of Israel, on the other hand, dispersed among all nations of the world, exiled to all countries, lost among all cultures and customs, is unified as one people, believing that the Unified One is exiled, dispersed, and banished with them, ultimately to return, reunite, and “raise a banner to gather our exiles, and gather us together from the four corners of the earth.” We know and believe that He is the “gatherer of the dispersed of His people Israel.”

They knew God existed, but they held out that they would rise above Him.  They lost sight of God in their embrace of the technology of their day.

As Sivan Rahav-Meir writes, “The Midrash vividly describes how building became the supreme task of that generation, overruling any other concerns…”  She cites Nechama Leibowitz in noting that building the Tower was not “merely an historical anecdote.”  Each generation builds its own Tower of Babel.  There is always the danger of becoming enslaved to the latest technology and worshiping new ideas.

According to Professor Leibowitz, “Man uses the wisdom given to him by God to make all kinds of other gods for himself and mainly to make himself into a god and to perpetuate his own greatness.”

Our attempts only demonstrate our failure.