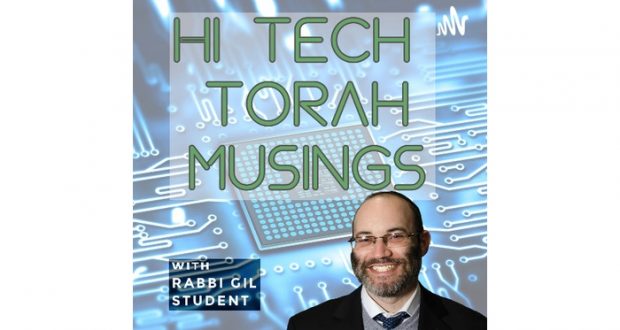 Link to the audio

Every new technology brings with it overheated hype. Again and again, marketers trying to sell us products and ideas claim this is the dawn of a new era. Sometimes they are correct, such as with the smartphone which has really changed the way we function. But usually — the vast majority of times — their claims turn out to be vastly exaggerated.

At one time, marketers and futurists said that the advent of the e-reader meant the death of the printed book. To some degree, they were correct because their predictions corresponded to decreased reading habits. Book publishers closed or merged; bookstores shut down. However, even in this digital world, printed books still sell more than e-books. However, a halachic question arises with e-books and websites in general. An insight into Parashas Ki Savo offers guidance on how to learn Torah electronically. Specifically, it helps us answer the question: may we erase Torah that appears on our screens, particularly God’s name?

I. Covering the Torah

The Torah (Deut. 27:3-4) says that after the Jews cross the Jordan River into the land of Israel, they have to write on stones the words of “this Torah” — however much that includes — and then cover it with cement (sid). The Gemara (Sotah 35a) says that the writing would be covered over with cement.

Rav Yitzchak Sorotzkin (Rinas Yitzchak, ad loc.) asks how they could cover over the words of Torah. This would constitute erasing not just words of Torah but the name of God. It is forbidden to erase the name of God (Deut. 12:3-4). The Torah says about idolatry, “and you shall destroy their name from out of that place” (Deut. 12:3) but warns “You shall not do so to the Lord your God” (ibid., 4). How, asks Rav Sorotzkin, can we cover the writing on stone, thereby erasing the name of God?

He answers by referring briefly to the great debate over modern sheimos. Gutenberg invented the printing press with movable type and Jews adopted it quickly and extensively. After about 150 years, we find halakhic authorities discussing what to do with the overflowing stores of worn out sefarim. These sacred texts must be disposed in a respectful manner but the volume was overwhelming. Different proposals were discussed, which need not detain us now.

In the nineteenth century, a new questions arose. What do we do with pre-publication proofs of a sefer. A rabbi writes a commentary or the like and submits it for publication. The publisher sets it in type and then gives proofs to the author for proofreading. After the author is done with his proofreading and makes all the necessary corrections, how does he dispose of the proofs?

1) Do the proofs include God’s name or merely words of Torah? The latter is forbidden only rabbinically, which allows for a little more leniency.

Since pre-publication proofs usually do not contain God’s name and are intended as temporary, authorities like Rav Yitzchak Elchanan Spektor (19th cen., Russia; Ein Yitzchak 1:5) and Rav Naftali Tzvi Yehudah Berlin (Netziv, 19th cen., Russia; Meishiv Davar 2:80) allow the respectful disposal of pre-publication proofs, rather than burial. Rav Spektor also recommends that publishers should print the proofs with an explicit statement that they have no sanctity.

Regarding a computer or phone screen, sometimes a verse can contain God’s name. However, the screen is loaded without intent for sanctity and is intended as temporary. This would lean toward allowing erasing the name but halakhic authorities do not consider it sufficient. Rather, we need to invoke one of the following two ideas:

1) Many halakhic authorities, such as Rav Ya’akov Ariel and Rav Ovadiah Yosef, do not consider words that appear on a screen to be writing. It is really just pixels next to each other, regardless of the specific technology used in the screen. It is like writing by putting toy blocks next to each other, which is not writing. This seems to be a dominant approach but I wonder whether this will still be the case in 50 years from now, if words on a screen become the standard way to write and those of us who grew up learning to write with a pen and paper are a tiny minority.

This last consideration can answer our question on the verse instructing the Jews to cover the Torah words with cement. If you do that, you erase the words of Torah including God’s name, and you do it in order to fix it, le-saken, perhaps you do not violate the prohibition of erasing God’s name. Rav Yitzchak Sorotzkin (ibid.) quotes the Minchas Chinukh (437:12) who says that if you erase God’s name in order to do a mitzvah, like to mix it with water for a sotah, then it is considered le-saken and permitted. Similarly, covering the words of the Torah with cement based on an explicit command is also le-saken, and therefore permissible.

IV. Erasing on a Screen

In practice, the Shakh (Yoreh De’ah 276:12) says that le-saken is not enough to permit erasing God’s name. However, if the name was written without any specific intent, then there is enough basis to erase the name in a constructive way. If it is both written stam and erased le-saken, then according to the Shakh it is allowed.

I was thinking that any name on a computer screen is written without intent. It is always stam. If you close a window or turn off the computer, you are erasing in a destructive manner. But, if you load another website onto your screen, that is le-saken. If you have a website on your screen with biblical verses, including God’s name, then according to the Shakh, even if you want to be strict and consider this writing, you are still allowed to go to a news website and then shut the window. By loading a different website, you are erasing le-saken in a constructive manner on a stam name that had no intent to make it holy.