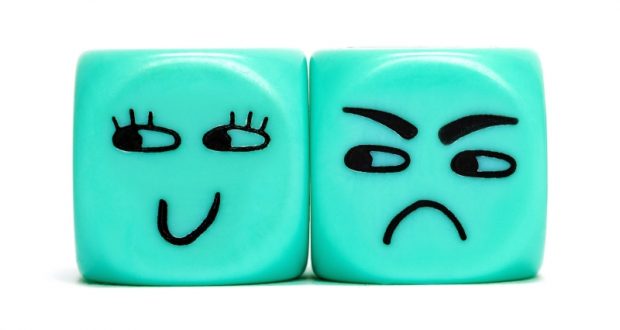 Wanting is not inherently wrong; wanting to love, wanting to be loved, wanting comfort, a nice house, fine clothes.  It’s only when wanting is driven by jealousy that it becomes a fault.  Too often, we want things not because they enrich our lives or reflect well on ourselves and our community but because someone else has them.  And the fact that someone else has what we do not eats at us.  We want more in order for our neighbor to have less.

Indeed, a story is told of an envious person who been promised that, “Any wish you make will be granted… however, whatever you wish for your neighbor will get twofold.”

The offer created a quandary for this person.  He would love a million dollars but that would mean his neighbor would get two million!  A twenty-five-room mansion?  His neighbor would have fifty rooms!  No wealth was enough if his neighbor had more; no comfort satisfying if his fellow enjoyed it to a greater degree.  So, with envy his driving emotion, his decision was reached easily. “Poke out one of my eyes,” he proclaimed.

How can we ensure our wants are not driven by envy?

The Aseret HaDibrot present a comprehensive map of ethical and moral conduct but it is the first and last that truly guide us here.  “I am the Lord your God…” commands us to believe in God and to be aware of His everlasting presence. The tenth and last commandment forbids us from coveting, from being “envious of a neighbor’s house, wife, slave, maid, ox, donkey, or anything else that is a neighbor’s.”

These two dibrot are noteworthy in that they are mitzvot relating not to action but to thought and awareness.  Rambam opens his Yad-Hachazakah with the principle that, “the basic principle of all basic principles and the pillar of all sciences is to realize that there is a First Being who brought every existing thing into being.”  The First Commandment is a call to know, study, reflect, and discover God.  “This precept,” states the Chinuch, “is the great principle of the Torah, on which all depends.”

Here we see that the Aseret HaDibrot are founded not on rules of behavior but on the power of thought.   Likewise, they conclude with a focus on thought, with a prohibition on coveting, on envy.  The Ten Commandments are bookended by commands that address our minds, hearts and intentions, not our behavior.  On the one hand, we are told to use our power of intellect to reach our level of belief in God.  On the other, we are warned never to use our thinking capacities to attain or gain that which is not ours to have.

As Jews, we believe that the same individual who can direct his thoughts and beliefs towards God can also direct and channel his thoughts to think honestly, and more importantly, to think in permissible and practical terms.  The Ktav V’Hakabalah explains that the Torah, which expects that we “love God with all our heart,” intends us to use all of our thinking powers and capacities in the pursuit of God. To love God with all our powers means to use our minds exclusively for that which God would approve and condone. Otherwise, we are using part of our intellect for that which is not Godly, and therefore unattainable.

Shira Smiles suggests as much in her article in Aish.com, “Freeing Yourself from Jealousy”

Let us examine the general nature of our desires. Is there a limit to that which arouses our jealousy? Consider the following parable: A simple peasant seeking a wife, due to his lowly status, has a small pool of potential candidates. Maybe he considers his neighbor’s daughter, or the peasant girl down the road. This simple man would never yearn to marry the royal princess. Even if she is the most beautiful and desirable woman, he still wouldn’t invest any emotional energy in longing for her. Why not? He doesn’t consider the princess to be a realistic option. Royalty doesn’t marry commoners like him. (see Ibn Ezra, Exodus 20:13)

She explains that our mindset is comparable to the man in the parable.  We only long for those things that we perceive as being within the realm of possibility.  Which, no doubt, is why we are particularly covetous of that which our neighbor has.

Not to covet is a matter of training, of learning that which is impossible and therefore unthinkable. The same individual who is trained not to murder, steal, or commit adultery can be trained not to covet. Whatever is not yours, the Torah says, you can’t have. Therefore, don’t desire it, or even think about it.

Rav Soloveitchik observed that every morning we recite three brachos of identity, taking note of who we are.  God placed our souls into our bodies, determining for us our religion, our gender, our social standing.  God determined our identity.  We praise Him as the One “she’asa li kol tzarki”, who made everything required for me to realize my potential.  In our blessings, we see ourselves in God’s image.  If we look to God, we see ourselves as reflections of the divine, free of the desire for more.

Beis Halevi emphasizes the point when he teaches that if you are a genuine ba’al bitachon, that is, you have a real, direct and constant relationship with God, there is nothing other than He.  Nothing happens without Him.  Then you know that all you have is all you need.

Everything else is irrelevant.

It is a matter of perspective – do you look at God or at yourself?  To look primarily at oneself is to always want more, to covet.  But to look at God and measure a life by His standards?  Such a life will be satisfied and content.

Rav Elimelech Biederman notes that the verse in Devarim (5:18) where the Torah forbids us to covet, “…your fellow’s wife, house, field…etc.” also adds, v’chol asher l’reiach [and all that belongs to your neighbor/fellow].  Why, Rav Biederman wonders, would the Torah add those words?  After all, the specifics that are included in the pasuk are more than enough to make the point.  It is, according to Rav Biederman, because “all that belongs” to your neighbor includes not just these things that you might covet but also his tzaros, his aggravations, his anxieties, his hang-ups and relationship problems.  When you covet, you get the whole deal – lock, stock, and barrel.

Ultimately, it is by recognizing that the grass is never truly “greener” on the other side that we teach ourselves not to covet.  I remember reading about a young woman who had been born with the cleft palate.  When she was a child, her mother took her for speech therapy.  Often, she felt sorry for herself.  After all, she had been born with this unfair challenge…  then, one day as she was leaving speech therapy, she happened to note a person in a wheelchair and it hit her, “I can run!  I can run!”

From that time forward, she focused on what God had given her – on what she had, not on what she wanted – and was thankful for those gifts.

So, it was with the boy who dwelled in the mountains.  Looking across the valley, he often found himself fascinated by a house on the opposite side of the valley.  Each evening its windows were sheets of shining gold. Drawn to this seeming treasure, he made his way across the valley toward the house. But the path was difficult.  Midway, he was exhausted, so he lay down and slept.

Early the next morning he hurried to the house.  Instead of finding sheets of gold, he discovered that the windows were but ordinary glass. Disappointed and bitter, he turned toward home, but then stopped in surprise. Across the valley, he saw his own home, and it was agleam with windows of gold!

Our hearts are often hungry for the meals of others. When we recognize the feasts piled high on our own plates, we would be satisfied and grateful.