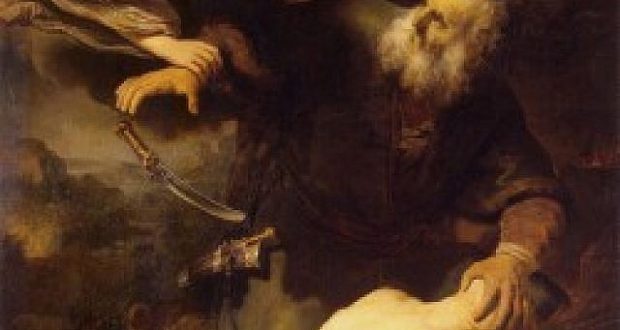 The Akedah: A Sacrifice and A Redemption for all time

Few moments in Torah have had as deep an impact on our psyches as the moment when Avraham Avinu is called upon by God to sacrifice the son he had waited long into advanced age to father.  There is no way to diminish the awesomeness of Avraham’s willingness to pass the ultimate nisayon God places before him – to stand ready to do the will of God and sacrifice his son, his only son, the son whom he loved.

There was no justification for Avraham to take Yitzchak’s life other than his unquestioned obedience to God.   As the Abarbanel states, this parasha epitomizes the Jew’s determination to serve God no matter how difficult the circumstances.  Indeed, serving God is the reason for Am Yisrael’s existence, then and now!  But what kind of service is this, for a man to sacrifice his son?  Would our benevolent God ask such a thing?  No.  A test was asked of Avraham, not a sacrifice.  Our God desires no human sacrifice, ever.  So that when it is clear that Avraham will pass this test, God calls out to him, Al tishlach yadecha el ha’naar [Do not stretch out your hand against the lad nor do anything to him], ki atah ya’daati  [for now I know that you are a God-fearing man…]

God is satisfied.  But what about Avraham Avinu?   He no doubt fully understood that this moment was not merely a private moment between one man and God.  In this test was a test for all generations to come, for Am Yisrael.  At the core of his being he knew that the Akedah would be fundamental to Jewish faith and belief.  Indeed, as we stand humbly in prayer on the holiest days of the year, we beseech God with tears and supplications, v’Akeidat Yitzchak lanu hayom b’rachamim tizkor.  On Rosh Hashanah, when our unworthiness is most present in our minds, we ask God to mercifully recall the momentous occasion of the Akedah, not of our personal worth or triumph but as proof of our collective faith and trust in God; when Avraham’s readiness to give his greatest gift, his one and only, beloved son Yitzchak, demonstrated for all time the faith of the Jewish people.  We beseech God that the Akedah might stand for all of us for all time.  This is the reason the Akedah is the focal point of the Zichronot shofar calls.

In the ensuing unbearable stillness, what then?  What could follow the ultimate tension of that moment?  To simply untie Yitzchak, repack the donkeys and walk away from that place?  To breathe a sigh of relief.  To whisper to himself, “No harm, no foul”?

What could possibly happen next?

The Torah reports (Bereishit 22:13) that, Vayisa Avraham et einav…ve-hinei ayil ahar ne’ehaz ba-sevakh be-karav [And Avraham raised his eyes and saw a ram, caught in the thicket] Abraham then, promptly, “…went and took the ram and offered it up as an offering instead of his son.”

What kind of translation is this?  And what insight does it add to our understanding of these amazing events?

My grandfather did respond, and in his response, I believe illuminated the critical point that the Akedah was an event that extends far beyond the personal faith of Avraham Avinu. The Akedah stands at the core of Jewish existence for all times.  My grandfather tells R’ Antonier that in his translation Onkelos had in mind that which is stated in Yerushalmi Ta’anit (2:4) and in Bereishit Rabah (56:13): “And Avraham lifted up his eyes, and looked, and behold another (ahar) ram.

My grandfather concludes that based on all this, Onkelos’ translation ahar as “after these” makes perfect sense, for Onkelos was alluding to all of these trials and tribulations that are part and parcel of the Jewish experience.  Likewise, his translation of “one ram” works out, because there was only one ram there, and no second.

My grandfather interprets Onkelos based on the cited Midrash that at that critical moment when it was crystal clear that God was not seeking the sacrifice of Yitzchak, Avraham saw the future of his children caught in so many thickets throughout their history and galus, but this ram will have a critical role to play after the unfolding of the many and varied historical events we encounter and experience as we await the ultimate geula.

For that and more we blow the “ram’s horn” on Rosh Hashana reminding God, as it were, of His response to Avraham v’sofan l’hi’gael b’karnav shel ayil zeh – They will ultimately be redeemed by the horns of this ram…

So it is that we eagerly await the fulfillment of Zechariah’s prophecy, The Lord God shall sound the ram’s horn…” 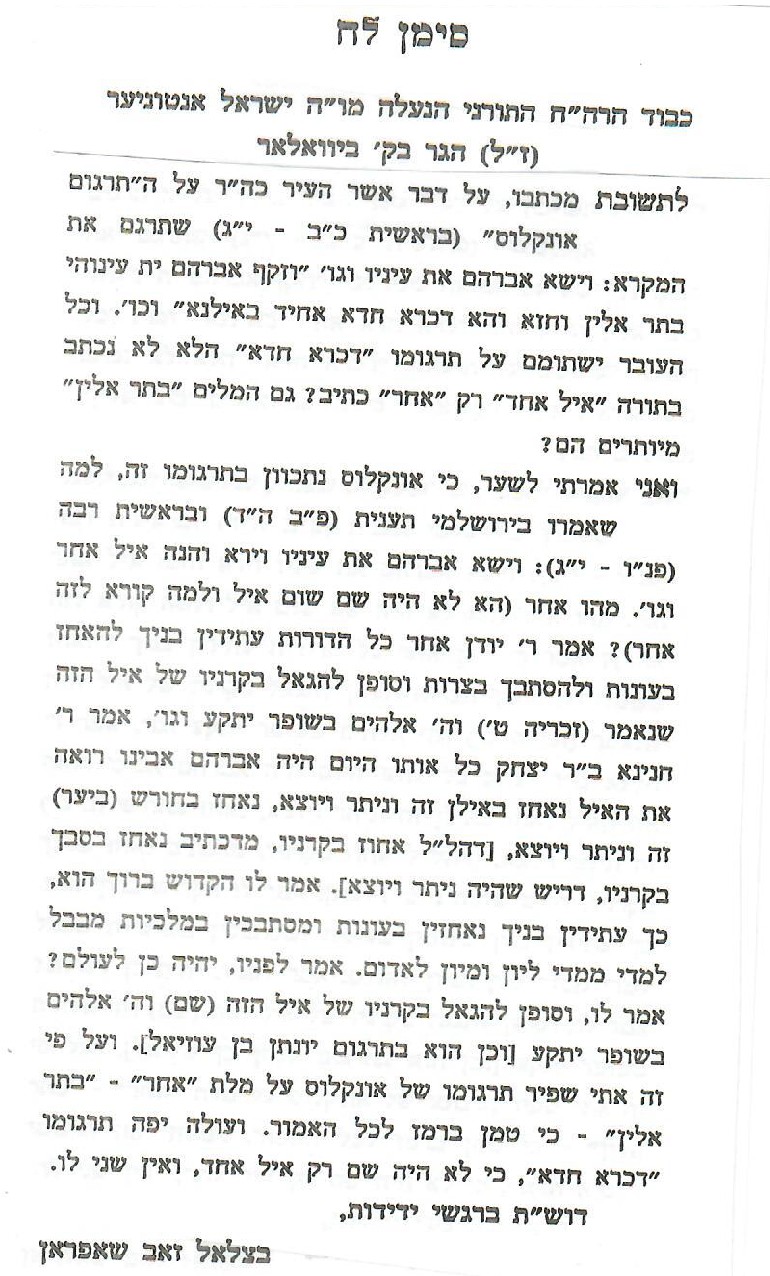 2022-07-29
Eliyahu Safran
Previous: Some Aspects of Arei Miklat and How They Work
Next: Havdalah on Tisha B’Av