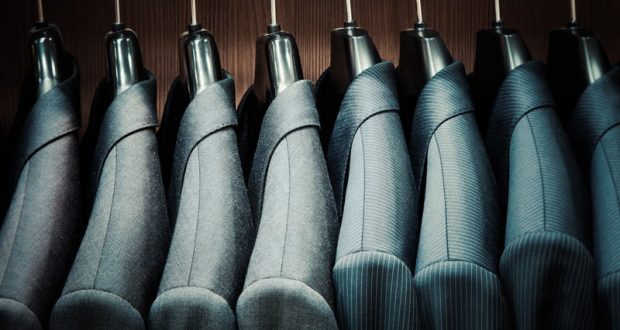 You are what you wear…

It was only after Miriam passed on that her greatness was fully appreciated.  With her gone, the “well” dried up and the people learned that the water had been gushing in her merit, certainly not theirs.  So too when Aaron passed away.  After a period of mourning, the people resumed their journey to the Promised Land only to discover that the “pillar of cloud” that had guided and protected them was gone too.

Israel was not alone in recognizing this new vulnerability.   Sensing weakness, one of the Canaanite kings launched an attack against Am Yisrael.  “The Canaanite king of Arad, who dwelled in the South, heard that Israel had come by route of the spies, and he warred against Israel” (Bamidbar 21:1)

Who was this king?  Was he truly a Canaanite?  The Torah is clear that the south is the habitat of Amalek (13:29).  Indeed, the Midrash tells us that the attacker was in fact an Amalekite who sought to confuse the Jews.  Why?  To remain “hidden” and to confuse the Israelites so that the people prevent them from praying for God’s assistance.

The king ordered his soldiers to speak the Canaanite language.  He believed that, hearing them, the Jews’ prayers would mistakenly seek redemption from the Canaanites not the Amalekites.  But, as the expression has it – A yid git sich a’lemol an eitza [A Jew can always figure it out].   It takes more than such a simple ruse to fool the people.  You see, though they spoke Canaanite they dressed as Amalekites!

Their clothing gave them away!

Recognizing the enemy for who they were, the people prayed to God for salvation and victory without specifying a particular nation by name. “If He will deliver this people into my hand…” (21:2)

Which people? They need not be named.  God knew.  God knows.

And yet, if the Amalekites had really wanted to outsmart the Jews, why didn’t they dress as Canaanites?   Wouldn’t it have been smarter if their strategy had their language and dress aligned?  That they had not changed their uniforms to match the language they spoke suggests something deeper than just the confrontation described in parashat Chukat (Bamidbar 21:1-3).

The deep lesson here is that one’s clothing betrays identity much more than one’s speech.  Look at a photograph of a busy street scene anywhere in Europe.  You can immediately spot the tourists – and where they are from!   When Yaakov sought to “deceive” his elderly father, conspiring with his mother to acquire Yitzchak’s berachos, he dressed up like his brother Esav.   “The voice is that of Yaakov, but the hands feel like those of Esav,” Yitzchak says, confirming that it is the fleece-skins “hands” clothed in Esav like materials that “fooled” him, not the voice.

Clothing is no small matter for Jews.  In addition to protection from heat, cold, rain or snow, clothes speak to the Jewish emphasis on tznius, and all that tznius represents in Jewish life.  Rebbi Yochanan (Shabbat 113) calls clothing, mechabdutai – something that gives one honor. Rashi explains, clothing is shemechabdin ba’aleihem, affording honor and prestige – kavod to their owners.  It is possible to tell a great deal about a man by how he is dressed, not least how the man perceives himself!

One can look like a prince or one can look like a schlepper.  Just the other day, I found myself in a doctor’s waiting room, sitting across from a Yid who had his shirt half-tucked and a corner of his shirt sticking out of his zipper!  This man’s clothes certainly did not bring much honor to him; certainly not mechabdutai!

When the Talmud discusses clothing, and honor it is almost always in the context of Shabbat, that holy day that focuses on the uniqueness of the Jew.  On Shabbat, we are imbued with an additional soul, vayinafash.  On Shabbat, we are allowed to exist just a bit closer to the fullness of the holy.  Isaiah (58:13) suggests that we should not squander that opportunity; he tells us to infuse Shabbat with “a delight” of good food and the like; to v’chibadeto (related to mechabdutai!) me’asos d’rachecha – and you honor it by not engaging in your own affairs.  The Talmud teaches that this exhortation is telling us to be sure our Shabbat attire is not the same as our weekday attire.  After all, we would not wear our everyday clothes to a wedding how much more should we dress for the Shabbat!

Completely transforming ourselves on Shabbat meant wearing completely different clothes.  My grandfather HaGaon Rav Bezalel Zev Shafran ZT’L was asked (Shu’t R’baz 12) by the Admor of Buhush ZT’L whether this requirement to change into Shabbat clothing included changing one’s weekday shoes to Shabbat shoes, as well.  That these great men asked the question spoke to the importance of every aspect of one’s attire to his entire being.  Is it any wonder then that the Talmud warns that a talmid chochom should never have so much as a ketem, a spot, even a speck on his garments?  Attired in a uniform representing God, demands perfection.

Shabbat is when our spirituality should be most apparent, when our identity as Jews cannot be mistaken.  This is true in how you walk and talk on Shabbat, how you eat on Shabbat.  And it should certainly be reflected in how you dress.

We communicate our spirituality by how we dress.   Shabbat clothing must display holiness on this Godly day, just as our clothing should make clear our identity as spiritual beings the rest of the week.  Our clothing should always lend honor and prestige to who we are.

As b’nai melachim – children of kings ­– our clothes and how we wear them are tailored and designed by the King and His Torah, not by Paris, Milan or Hollywood.  We would be wise to always remember this, that we are children of God, so that we do not fall victim to the vagaries of “fashion”.

On the catwalks of Milan, Paris, or New York clothes are cut to call attention to the ephemeral.  On the streets where we b’nai melechim walk, our clothes are meant to honor not only ourselves but the Melech.  In his article “Clothes Make the Man” on Aish.com, Rabbi Menachem Weiman writes, “Clothing is not only linked to the body, but is a metaphor for the body. Just as clothing serves the body, the body serves the soul. You are a soul, and you are given a body to wear in this world. When you leave this realm, and move on to the next, you leave your clothing behind. The less attached you are to physicality; the easier it is to leave it behind.”

Our clothes must speak to our spirituality, not our mere physicality.

As the world reverently observes the 28th yahrzeit of the Lubavitcher Rebbe Zt’l, an outstanding Chabad educator, Rabbi Mordechai Dinerman, directed me to a letter the Rebbe wrote to a simple yid, R’ Yaakov, who made his living running dry cleaners.

In the letter, the Rebbe likens the deep cleaning and fine pressing that R’ Yaakov did to spiritual renewal.  “From this process, we gain insights into the soul (neshama) of a Jew. When G-d gives a neshama to a Jew, that soul is pure, “ironed” smooth and a perfect fit. As we say in our daily morning prayers: “The soul You have given me is pure.”

“With time, however, as the soul becomes involved in worldly matters, and if it is not used to fulfill the will of G-d, it tends to become “creased.” Dirt may cling to it if the person neglects a mitzvah or commits a forbidden act.

“Whatever the case may be, Torah teaches us that we must not despair over the condition of the soul and its fitness to sustain the individual’s spiritual life. To restore the soul to its original state, we must place it in a conducive environment, and infuse it with the warmth of Torah and mitzvos.”

Such profound insight!  The Rebbe sees in this man’s mundane task a glimmer of true spirituality!

Imagine if, the next time you pick up your shirt or suit from the cleaners, you thought of the Rebbe’s words and held them deeply!  Then you would truly be a ben melachim; then kavod would truly reflect to yourself and our Melech!

2022-07-08
Eliyahu Safran
Previous: Daily Reyd
Next: Eruvin, Archeology and the Conquest of Canaan