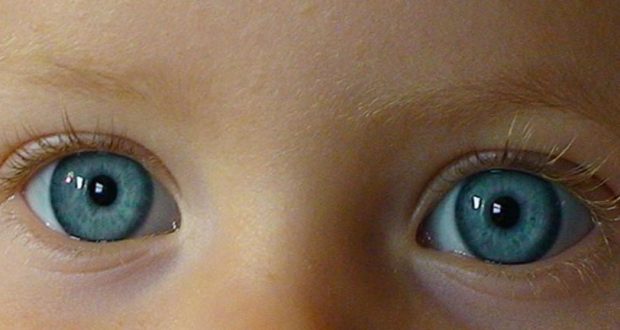 The eye sees only what the mind is prepared to comprehend.
– Robertson Davies, Tempest-Tost

It is true you cannot tell a book by its cover.  Appearances sometimes deceive.  And sometimes it is our ability to comprehend that which limits our vision.

We pass by a young man hobbled by a physical deformity and presume that his limitations extend to his imagination, intellect and dreams.  We see a tall, powerfully-built lad and we bestow upon him the presumption of courage and inner-strength.  We see a teenager in a hoodie…

We judge, we presume, we anticipate and we react… based on what? A cursory glance at the surface?

How ironic that we Jews, who have been so unfairly judged, are often guilty of seeing only the surface!  We judge so much around us by the chitzoniyus – by the externals before us and the blinders within us!

The Meraglim were without tzizis?  The mitzvah of tzizis is instructive; it teaches the Jew how to look and see.  To the uninitiated, the Jew with tzizis is a silly man who has forgotten to remove the sales tags from his garment!  On the surface, tziziz are little more than hanging strings.  Or… or they are a constant reminder of all “the mitzvos haShem. (God’s Commandments)

The tzizis do not change.  How they are viewed, how they are seen, does!

In all this, we must then ask, what does it mean to see, to really see?

Rav Soloveitchik asks, in commenting on this parasha (in Darosh Darash Yosef), why send the meraglim to begin with.  After all, God had already promised that the land would be conquered.  What more did the Children of Israel need to know?  In answering, he turned to the Halacha that,   “One may not marry a woman until he has seen her.”  When Eliezer returned from his mission to find a wife for Isaac, the Torah tells us that he, “…brought her into the tent of his mother Sarah, “ so Yitzchak should actually see her; in spite of the fact that Eliezer was absolutely trusted.

So too the Children of Israel and the Land.

As Rav Soloveitchik notes, “Marriage is more than a mutual commitment of two partners.  It is a sharing of pleasures and anxieties, of moments of happiness and stress. All this is included in the category of “seeing.” This is the reason, Yisroel Besser tells us, (Mishpacha, June 15, 2016)  Rav Moshe Bik would encourage young people in shidduchim to meet several times, to go on seven or eight dates before getting engaged.  When his advice was challenged by another rebbe as making relationships too “casual”, Rav Bik replied, “The problem is that the rebbe is a mesader kiddushin, while I am a mesadder-gitin”.  That is, Rav Bik officiates at divorces while the other officiates at weddings.  Because of this, Rav Bik understood not just what makes marriages happen but what makes them last.  The bride and groom need to see each other, not just get the Shadchan’s perspective or Google the person’s name!

This is the reason, as Rabbi Soloveitchik notes, that the verb latur (to see, discover) is used rather than leragel (to spy).  Moses sent the meraglim to the land not to conduct military reconnaissance but to discover the uniqueness of the land.

Just as betrothed groom (and bride) must see one another before marriage, to begin that process of discovery, to begin the ability to see, really see, one another, Moshe agreed to send the spies into the Land despite God’s promise.  He wanted the people to know the Land, to recognize it intimately, in an all-encompassing and detailed way.  He wanted them to fall in love with it; he wanted them to feel a connection, to share with it a sense of unity.

When we see “to discover” rather than “to spy”, we open ourselves up to the wonder and beauty before us.  That is why, in a world where so many people criticize Israel that a visit to the land results in a lifelong understanding and infatuation with it.  Whether non-Jewish political or religious leaders or Jewish young people on Birthright, these visitors return home with a lifelong love for Israel and its heritage.

My dear friend Bernie Hammer once told me that his father, a talmid of the famed pre-World War II Yeshiva Chachmei Lublin, told him, “What must we remember each year when we read Parashat Shelach? – nisht tzu reiden shlechts oif Eretz Yisrael (not to speak ill about Israel).”

What a valuable lesson, one too often lost on our generation that has been chosen by God to actually see the rebuilding of the Land!  But, like the 10 Spies, they see but cannot comprehend.

The Talmud in Menachos comments on the techeles, the blue thread in the tzizis.  The techeles is like the sea; and the sea looks like the sky; and the sky calls to mind the Kiseh haKavod – the Divine Throne.  To call to mind the Divine Throne is to call to mind all of God’s commandments.  Imagine!  All of God’s commandments from a single blue thread amidst the other tzizis strings.

The techeles doesn’t change.  Only how you look at it changes!  Is it merely a blue thread that contrasts and highlights the white threads?  Or is it a direct connection to the sea, the sky, the Heavenly Throne and God’s commandments?

The Meraglim too were told to go and see… to see what?  A land promised to each of our Avot, the land promised to a people born into slavery only to be redeemed by the Hand of God.  What else could they have seen but a land blessed by God Himself.  Yet, ten of the twelve saw only the chitzoniyus, only the external.

They saw much to frighten them.  Big people, strong people.  Giants!  They saw fortified cities.  Those ten saw the giants and the danger but none of God’s providence.  They were blind to the holiness all around them.

Has anything changed, even today?   How many refuse to see all that is holy on every street corner of Eretz Yisrael?  How many speak only of a secular state, of a non-religious government, of a depraved, Western culture?  Of an eretz ocheles yoshveia – of bureaucracy, of the hassles of integrating into this tough, sabra society?

They see with the eyes of the ten spies!