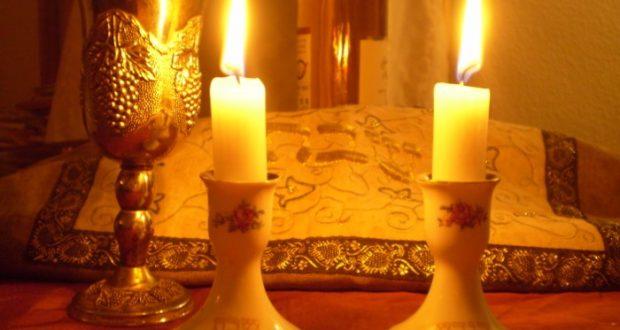 Shabbat and the Moadim: In the Parts We Find a Way to the Whole

Through Parashat Ki-Tisa and into the next Sidra, the Torah is more explicit in distinguishing between them.  In Ki- Tisa and following, we come to understand that the Sabbath is the central Jewish theme, the foundational force which unifies Jewish experience and defines our relationship with God and our communal practices.

Early on in Ki-Tisa the commandment of Shabbat is stated despite the fact that we have already been taught about Shabbat in the Ten Commandments. Shabbat is a “sign between Me and you for all generations, to make you realize that I, God, am making you holy.”  It is “an eternal covenant.”  Immediately following, we are presented with a detailed revisiting of our most heinous communal crime, the making of the golden calf. Then, as Ki-Tisa comes to a close, we are taught the basics of  Pesach, Shavuot, and Sukkot, the three regalim.  The next Parasha, Vayak-hel, returns to the Sabbath, “You may do work during the six weekdays, but the seventh day must be kept holy as a Sabbath of Sabbaths to God.”

It is clear that there is a deep and interwoven relationship between Shabbat and the moadim.  The challenge is for us to understand it and how it enriches our lives.

Sabbath is the all-encompassing Jewish experience; it is not just the culmination of Creation but the time when we can most fully engage with holiness.  Sabbath not only provides for the opportunity to experience the fullness of spirituality as individuals but also for us to experience it as the Jewish nation.  We celebrate the Sabbath as a community.  We cease the activities, the thirty-nine forms of labor, which define our “everyday” existence and share a day when we stand most firmly upon the foundation of Jewish faith and belief – creation, revelation and redemption.

This foundation reflects our experience of God in His three major roles in Jewish existence.  He is the Creator of heaven and earth. He is the Revealer of the Torah. He is the Redeemer, past and present. Each of these yesodot ha’emuna – creation, revelation, and redemption – are focal points of our Sabbath prayer.

For God created heaven and earth in six days, and on the seventh day He rested.  And so the seventh day becomes the “day of rest,” the Sabbath, the culmination of creation. This is reflected in the Tefilah on the eve of the Sabbath. “ Thus the heaven and the earth were finished,” is the main paragraph of the Friday evening Shmone Esreh. The Vayechulu passage is declared as our ongoing testimony of our faith in God the Creator.

As Franz Rosenzweig wrote, “And just as creation is not contained in the fact that the world was created once, but requires for its fulfillment renewal at every dawn, so the Sabbath, as the festival of Creation, must not be one that is celebrated only once a year, but one that is renewed throughout the year, week after week the same, and yet week after week different …”

On Sabbath morning, we celebrate Revelation.  “ Yismach Moseh – Moses was pleased with the gift bestowed on him . . a glorious crown did You place on his head . . . He brought down in his hand the two tablets of stone upon which was engraved the command to observe the Sabbath.”  Moses’ joy, as the receiver of revelation, is followed by the Torah service, the reading of that revelation!

Israel is not only God’s chosen.  Our relationship is more intimate than that.  We are the “one and only” people, the people of the One and Only God.  So on Sabbath afternoons, as the sanctity of the Sabbath begins to ebb, we pray for the strengthening of those bonds, we pray God will manifest His redeeming role, when God’s “unity” will be proclaimed (Ata echad) as His eternal name beyond all names; we pray for the Messianic day.  That day will be the Sabbath.  It will be a day of “…rest granted in generous love, a true and faithful rest, a rest in peace and tranquility, in quietude and safety, a perfect rest wherein you delight.”

Creation, revelation and redemption.  Sabbath is the complete Jewish experience.  It is faith and spirit, body and soul, particular and universal, individual and family, past, present, and future merged into one day of celebra­tion, every week, forever.  It is the essence of our experience, faith, and existence. It is the absolute covenant between God and His people. It is the bride of the nation of Israel.

We stand at Sinai, awaiting revelation.  But our faith wavers, our love weakens.  A golden calf is made. The marriage is shattered.  So soon after the miracles of Egypt!  Moses receives the revelation at Sinai and descends to find the people with the calf!  Were we idolatrous or deeply fearful and wavering in our faith?  Were we actually praying to the idol or lost in the depths of our own fears?

Our tradition tells us that we were not guilty of actual idolatry but of our own weakness.  Unable to fathom the abstract God as Creator, Revealer, Redeemer, we sought “substance”.  Our experience in Egypt showed us a people who carried their gods with them, physical, tangible, real.

But even if not guilty of idolatry, where are we to go now?  At its outset, ours was a marriage in crisis, a relationship in jeopardy.   How could we go forward?  Moses petitioned God not to unleash His wrath on the people.  “O God, why unleash Your wrath against Your people, whom You brought out of Egypt with great power and a show of force? Withdraw Your display of anger, and refrain from doing evil to Your people.”

Yes, plea for mercy, but the question remains, How to rebuild after such a terrible breach of trust?

The answer lies in the relationship between the Sabbath and the moadim.

The Sabbath is the all-encom­passing Jewish experience.  Perhaps, if we could imagine it, for someone who had never experienced its joy, its sacredness, its spirituality it would be an overwhelming event.  For someone new to its celebration, perhaps it would be nearly impossible to keep.

Would that person be unfaithful?

Or, might that person be unprepared for the gift itself?

A people who had only just escaped generations of bondage might have been fundamentally incapable of receiving the gift of Shabbat in its fullness.  Creation.  Revelation.  Redemption.  Each one individually is overwhelming!  But all three at once!

God, showing His eternal forbearance, delivered not wrath but mercy.  Perhaps it was too much to expect this people to encounter and embrace the fullness of the gift at once.  Perhaps it would be better to be given one yom tov at a time?

Accepting the Sabbath means accepting the whole.  The people fell short but God was kind, considerate, and loving. He divided the whole into parts.  After the golden calf, He plotted our way back to Him.  We needed to re-accept one part at a time, first Pesach and Creation, then Shavuot and Revelation, and finally, Sukkot and Redemption.

Like a marriage repairing from a breach in trust, small steps must lead to a final test as to whether the relationship will not only survive but be lasting, genuine and real.  How will we demonstrate our worthiness to once again be safe beneath God’s sheltering peace?

The answer is clear in the following parasha.

Vayakhel, opens once again to the Sabbath.  “And Moshe assembled the entire community of Israel to teach them the essence of the laws of Sabbath.”   Rashi comments that this assembly took place on the morrow of Yom Kippur, when God was convinced of the authenticity of the repen­tance and penitence of B’nai Yisroel.  Our truthfulness assured, the marriage and relationship was rejoined.

Sabbath is grounded not only in the mystery of Creation, nor is it simply inspired by social justice. Sabbath symbolizes the absolute and intimate bond between God and His people, “between Me and the children of Israel.”

The eternal relationship shattered and shaken by the golden calf episode can only be restored by a recommitment to God’s eternal gift, the Sabbath. Only then will everyone know that we are Jews, the seed of the Lord.