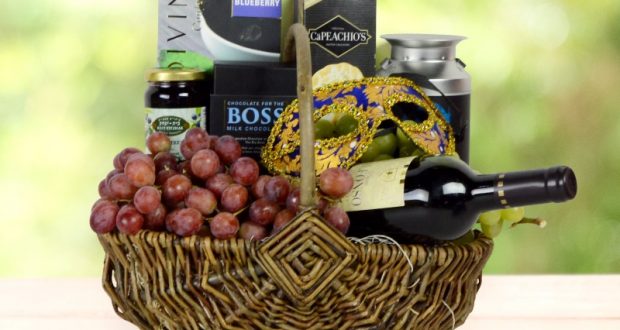 One is obligated to drink on Purim; everyone knows that. It is cut and dried, there is no other way to see it.

Except, there is at least one other way to see it; at least one other opinion, that of one of the rishonim, namely Rabbenu Ephraim, cited first by the Ran. He takes note of the story the Talmud (Megillah 7b) relates immediately after conveying the instruction regarding drinking:

“Rabba and R. Zeira prepared a Purim feast with each other, and they became intoxicated. Rabba arose and slaughtered R. Zeira. The next day, he asked for mercy, and revived him. The next year, Rabba said to R. Zeira, come and let us prepare the Purim Seudah together. R. Zeira said to him: Miracles do not happen each and every hour.”

This shocking story is the kind that would seem to evoke the reaction of “ma’aseh listor” – this is a story that seems to contradict the rule it should have been supporting! Why would the Talmud follow up a ruling mandating drinking alcohol with this story involving a tragic consequence to just that behavior, that was only averted through miraculous intervention, not likely to be repeated, and specifically identified as such? Indeed, says Rabbenu Ephraim, that is the point: the story is a dramatic way of teaching that indeed the first statement is rejected, and the conclusion is that one should not drink on Purim, at least certainly not to the point of intoxication.

OK, then, it seems that there is another way to see the subject, but that should not itself be so surprising; any experience in Talmudic law will show that there are multiple opinions about everything, and there are endless minority views. Here, we have what seems to be one more outlier minority opinion, that is clearly rejected and not normative. This seems to be indisputable due to the vanishing presence this opinion has in teaching of the subject, and certainly if one were to do a word count within the vast, vast existing literature on the subject of “chayav inish”, the ink devoted to the opinion of Rabbenu Ephraim would be barely noticeable.

Informal polls I have taken over the past few days with college students, semicha students, and adults have all indicated that at best a small minority of those who are aware of the notion of drinking on Purim (i.e., all of them), were aware of the position of Rabbenu Ephraim.

However, if one does indeed follow the steps of the codification of this sugya, one may be in for a surprise to see just how much of a presence Rabbenu Ephraim maintains. Following his initial citation by the Ran, he is quoted explicitly by pillars of hora’ah such as the Bach, the Taz, the Arukh HaShulchan, and the Beit Yosef himself. If some of those authors are correct, it would mean that the view of Rabbenu Ephraim is shared by figures such as the Rambam and the Rama. And positions very similar are taken by many others across the spectrum of halakhic authority and across the generations.

The Rambam records an obligation to drink, but does not mention “ad d’lo yada”; instead, he says to drink until his intoxication causes him to fall asleep. As the Ma’aseh Rokeach understands, this is so he cannot cause any harm in his drunken state. The Arukh HaShulchan asserts that it must be explained how the Rambam deviated from the evocative language of the Talmud. Accordingly, he suggests, the Rambam must have agreed with Rabbenu Ephraim that the first statement was rejected as halakhah, and thus he replaced it with a modified version less subject to challenge.

The Shulchan Arukh (OC 695:2) does codify the language of the Talmud essentially verbatim, “Chayav Inish l’vsumei b’Puriya ad d’lo yada bein arur Haman l’barukh Mordechai”. However, the Rama in his glosses immediately adds that “there are those who say that you do not have to become intoxicated to that extent, rather one should drink more than his habit, and through his sleep, he will not know the difference between Arur Haman and Baruch Mordechai.” While the Kol Bo and the Maharil are cited in the text as the sources, the Taz understands the Rama’s departure from the text of the Talmud as, again, in agreement with Rabbenu Ephraim. If this is correct, it adds to the position not only the formidable authority of the Rama, but those afterward who endorsed his formulation, including the Pri Megadim and the Mishnah Berurah.

But, as noted, the Shulchan Arukh does quote the Talmud’s initial statement as is. However, in his commentary to the Tur, Beit Yosef, he brings the view of Rabbenu Ephraim. In fact, the only other view that he quotes after that does not disagree but strengthens the point: it is a statement from the Rosh, harshly warning against the dangers of drunkenness (“there is no sin greater”), in practice advocating only drinking more than one’s habit. This seeming disparity greatly troubled commentators such as the Arukh HaShulchan (sec. 5).

Perhaps, this can be explained by noting one observation. The two statements of the Talmud are not necessarily arguing with each other in the sense of one taking a certain position, and the second statement taking the opposite position. Rather, what we have here are two statements that can coexist side by side. The first statement, “m’chayav inish” is declaring something powerful about what could be accomplished, maybe should be sought, through drinking, on Purim. The second statement, the slaughter of R. Zeira, is not disagreeing; rather, it is offering a counterbalance; it is essentially saying, “yes, but it is very, very dangerous.”

Rabbenu Ephraim’s position never disappears from the literature because it is never refuted; it is never actually engaged, as it is not itself an argument on the first position. It is more of a truism that coexists alongside the validity of the first position, and remains as an ongoing warning: however you interpret the first statement, whatever weight or practical application it takes on, always factor in and remember the danger represented by the story that follows. Thus, at every stage of the development of the halakhah, this framework remains in place; evaluate the message of “chayav inish,” and in practice, be very, very aware of the danger involved.

Thus, it is noteworthy that if the Bach, the Taz, and the Arukh HaShulchan, among others, are all correct that various major codifiers agreei with Rabbenu Ephraim, there is still a variance between them in the specific conclusion; they agree that the original statement of the Talmud is not fully accepted, but differ as to what replaces it (the Bach in particular has a different formulation, while stating unambiguously that Rabbenu Ephraim is correct).

This general framework, of a tension between the two statements which may both have truth, even if one overrides the other, runs through all of the literature, with or without Rabbenu Ephraim’s position. Thus, the Shulchan Arukh records the statement of the Talmud, but in his more background-based commentary calls our attention to the serious counterbalancing concerns, leaving it to the later commentaries to assess what should be the practice (as they all do). And practical works such as the Arukh haShulchan and the Biur Halakhah include strong warnings as to the dangers of intoxication, with the latter quoting the Chayei Adam that it is better not to become intoxicated if any matter of halakhah whatsoever will be compromised.

As we consider the position within the balance that these warnings call for at this point in time, it is fair to say that right now – March, 2022 – the dangers associated with drinking are as great or greater than they ever have been. In recent months, there has been a horrific increase in devastating car accidents with appalling loss of life. Even for those who do not get into an automobile, drunk walking is statistically as dangerous (for the intoxicated individual) as drunk driving. The soul-destroying impacts, – medically, emotionally, psychologically, socially – of alcoholism on adults and teenagers are increasing. The effects on youth who are shown an image of drinking as cool and desirable can wreak havoc far beyond Purim day. And the behavior that can come with intoxication, even if not physically harmful, can create an irreversible chilul Hashem, and in an environment in which dangerous anti-semitism is on the rise.

Whatever analysis of the sugya and the codes emerges as most convincing, the circumstances of the current moment make the warnings of Rabbenu Ephraim, and the many who agreed in whole or in part, scream louder than ever.

There is, however, another way to connect to the value of chayav inish l’vsumei. This year, Purim occurs the week of Parashat Tzav. It is pesukim from this parashah that Chazal interpret to teach that when a mitzvah cannot be performed in its complete form – such as the korbanot in the modern era – study of their details can serve as a replacement. As mentioned above, there is a voluminous literature about chayav inish. This is to be expected; as a shocking, counterintuitive concept, it cries out for explanation. A worthwhile use of time on Purim would be, rather than losing time and focus to drinking, learning some of the profound hashkafah and machshavah that has been written about the subject. It will require a clear head – which will prove a wise decision, in more ways than one.

The precious mitzvah of mishloach manot is one of the four commandments of Purim and plays a fundamental role in making Purim what it is. However, it is possible for this mitzvah to take on an outsized place, such that it departs from what it is meant to be.

We can consider three of the reasons given for the enactment of mishloach manot:

If we accept any or all of these reasons, it becomes clear that while mishloach manot serve a wonderful purpose, if they become excessive, and certainly if they diminish matanot l’evyonim, they lose that purpose. If they become a cause of tension and competition, of “keeping up with the Goldbergs”, they will increase pressure on financially strapped families, rather than relieve it. If they provoke jealousy, that clearly is at odds with bonds of genuine closeness and identification. And, of course, if they detract from that which would go to matanot l’evyonim, then that is certainly counterproductive, if one was designed to enable the other in the first place.

Creativity, humor, thoughtfulness, and good spirit do much to enhance the profound mitzvah of mishloach manot. Lavishness and excess, however, are something else. To be able to tell the difference is to understand what the simchah of Purim actually is, and what it can be.