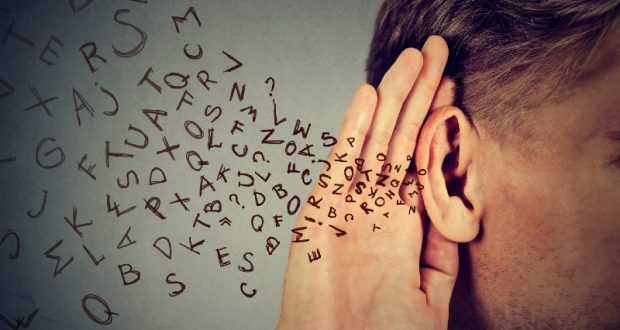 When You Only Hear What You Want to Hear

Parashat Yitro opens by telling us that Yitro “…heard about all God has done for Moshe and His people when He brought them out of Egypt.”  But this statement begs the question, what exactly did he hear that made him come?  Rashi answers that he heard about the splitting of the Sea and the war with Amalek.  Really?  Only Yitro heard?  Is it not written in the Shira that, ‘…the nations of the world heard and shuddered’?

How to reconcile this seeming contradiction?

The Zohar teaches that the text is telling us that, “…the whole world heard and was not humbled, while Yitro heard and was humbled and was drawn close to fear God.”  The wisdom of this teaching should be familiar to all us making our way in the modern world.  After all, all we do is hear.  We are bombarded to hear – information, insight, secrets, advertisements, whispers and shouts; truths and warnings, teachings and wisdom.  We hear all of it – in the sense that our ears, our organs of hearing, take in the information.  But we don’t really hear.  It turns out that to genuinely hear, we need more than our ears, we need our hearts as well.  But even in this we fail for we don’t listen with our hearts.  As a result, we are emotionally and spiritually deaf.

This is true in our home, in our work places, our shuls; in our communities, in our nation.  We are locked in prisons of deafness – moving like zombies with Bluetooth earphones in our ears; walking along the streets like schizophrenics – talking to people others cannot see, singing along to music no one else can discern, lost in self-contained, hermetically sealed worlds of our creation and the creation of commercial interests and forces beyond our imagining.

What is wrong is that, sadly, when life has the potential to be a magnificent symphony, being deaf means, by definition, missing out.  As the Midrash (Tanchuma Yitro 2) teaches, “There are those who hear and lose, and those who hear and profit.”

Some hear.  And some hear.

What would it take to genuinely “hear”?  My son, Zev, an accomplished therapist, answers, “A willingness to challenge one’s own assumptions; a desire to learn from everyone; staying mindful and present while the other is talking; and, practicing reflecting back are some techniques that help with listening.”

Or, in the language of the prophets, to “incline your ear.”

The Midrash, in Shemot Rabbah 27:9, offers the following allegory to the verse where Isaiah urges the people to, “Incline your ear and come to Me; hear and your soul shall live.” – So precious are the Jewish people to God that He entices them. He said to them, ‘If one falls from a roof and his whole body is injured, and the doctor visits him and puts a bandage on his head, arms and legs, and all his body, he becomes totally enveloped in bandages. I am not like that. Man has 248 organs and one of them is the ear. If the whole body is sullied with sin, but the ear hears and listens, then the whole body receives life.’

To hear is to live.

To be deaf is to be dead to the world God has placed us in.

Yitro heard.  So much so that he was the first to be able to proclaim, Baruch Hashem!  The very first!  Imagine what it must have been like to hear so truly!  It was crucial for him to hear.  He heard so truly that, even before Torah is given, even before And God spoke, Yitro heard.

In other words, before God can speak to us, we must be able and be willing to listen.  We must open our hearts and not just our ears.  However, we make a grave mistake when we presume that we only need open our hearts and ears in places and times of great holiness like Sinai, or perhaps in Shul.

I would argue that it is even more important that our ears and hearts be open every single day.

Indeed, this is the lesson we learn when we turn to Mishpatim.  “And these are the ordinances (mishpatim) that you shall place before them.”  Torah had just been revealed at Sinai, and God immediately turns to the essence of Jewish life – not ritual, not synagogue, temple and formalities of religion, but to mishpatim, to everyday life and living, matters of business, civil and tort law.  The Talmud teaches that one who wishes to become a religiously devout person should be careful regarding the laws of damages (milei d’nezikin).

Isaiah teaches that, “Zion shall be redeemed through justice.”  That is, honesty, integrity, and all that civil life and societal relationships entail, by the tens of mitzvoth and halachot of Mishpatim, by fairness and honesty when it comes to personal injury, damages to livestock, property, theft, kidnap, shomrim, lending and borrowing, return of lost objects…  in other words, the nuts and bolts of our daily lives!

But wait!  Haven’t we drifted a bit off topic?  What does all this have to do with hearing?  To make the vital connection, one need only look at how Mishpatim opens.  “When a man acquires a Jewish slave/bondsman, he shall work for six years, and in the seventh he shall go free.  But if the bondsman shall say, ‘I love my master, my wife and my children – I shall not go free’, then his master shall bring him to the court and shall bring him to the door or to the doorpost, and his master shall bore through his ear with the awl, and he shall serve him forever.”

Serve him “forever”.  Is there anything that defines “slavery” more than this?  And who is a Jewish slave?  One who either stole and is unable to pay restitution or someone who is so impoverished that he has no choice but to sell himself into servitude, where he will have “all he needs and then some”.

As Ramban explains, our system of civil laws and behaviors begins with this six year “term” of service to reinforce the most basic of Jewish precepts – freedom is a divine gift never to be taken for granted.  Freedom is ours only because God redeemed us from slavery. The bondsman returns to freedom in the seventh year to recall Creation and the Sabbath coming after six days of “work”.   Thus, freedom after six years is a reminder of Israel’s own freedom from Egyptian slavery.

Moreover, Torah’s civil laws begin with a foundational premise, that human dignity is never to be compromised.  Even as a servant, his dignity and self-esteem are not to be compromised. He must be treated no less nobly than his ‘master’.  “The master is required to provide equal food, drink, clothing and living quarters, as it says ‘that it should be good for him with you … And the master must conduct himself regarding these his servants in a brotherly manner…” (Hilchot Avadim 1:9).

This “enslavement” then is not punishment; it is the possibility of rehabilitation at its finest.

And the Jewish servant who refuses to go free?  Who refuses the benefit of that rehabilitation?  He must openly declare before a Bais Din, “I like it here, I don’t want to go, I like this place.”  So, he stays, but his ear will be bored with an awl.

Why this curious punishment/sign?  Basing his insight on Rav Yochanan’s statement in the Talmud, Rashi says that, “this ear that heard on Har Sinai, ‘You shall not steal’, yet went and stole, let it be pierced.”

Keli Yakar and others then ask the obvious question, why not the same punishment/sign for transgressing other sins?  After all, it was the same ear that heard not to lie, not to injure, not to eat non-kosher.  He offers several explanations, one of which stands out to me as particularly relevant to our modern times.  The ear-boring ceremony is to be performed in conjunction with a door and a door post.  The symbolism is clear.  The door opens on a hinge, signifying the opportunity for freedom and emphasizing the choice to remain shackled in servitude.  Like a prisoner for whom the jailer opens the jail door but who says, No, I’ll remain here.  In prison.  Locked away.

Thus, the ear is bored at the door way, as if to shout clearly, “Freedom is yours; the way is available.  Yet you have chosen to stay.”

How often is the “door” swung wide for us?  How often do we have the chance to seek freedom and potential – from bad jobs, demeaning marriages, abusive “friendships”, unfulfilling communities, thoughtless routines, anxieties and fears, lack of hope and direction – and we choose, yes, we choose, to remain in place, docile, beaten, staring out through the open door at the freedom before us while we embrace our various prisons?  Isn’t one of the translations of mitzrayim “a small, closed place”?  Didn’t God’s strong hand and mighty arm open the door for us to be free of all our slaveries, large and small?

But we remain prisoner, our ears bored.  Our so-called “comfort zone” forever shrinking in and diminishing our lives.  We don’t hear God’s call to be free; we don’t listen to His voice.  Beaten down, it is ironically our misplaced pride that keeps us small.  As Nathan’s words suggest, it is humility that is required for us to hear and to listen.

The Keli Yakar indicts us all with his insight. He says (with a play on the word ivrim) that this halacha of boring the servant’s ear should be instructive “l’chol ha’ivrim she’bemachane ha’ivrim – to all those that are blind in the camp of the Jews”; those who carry on their shoulders every form of bondage, hardship, and pain to acquire imaginary assets, indenturing themselves to material pursuits in the manner of an eternal slave.

He indicts all who rationalize remaining in their rut.  Like the workaholic who says he is working sixteen hours a day because he loves his wife and kids but is never home for them.  He’s the servant who says, “I love my master…”  He never hears, never listens to the absurdity of his excuses, all the “good” arguments for remaining imprisoned.  He never hears or listens to the promise of freedom, of Torah, spirituality, shiurim.  He is an eved nirtza – a bound slave, bound by his own strap and straightjacket.  So, he distracts himself with his Bluetooth ear plugs, his Instagram posts, the various memes that fascinate him.  He is checking his phone obsessively.  News feeds.  Facebook.  Twitter.

All a distraction.  All a diversion.

And then his life is over.  He has never gone free; never walked through the opened door; never heard or listened to the voice of his jailor imploring him to “Go!”

The Netziv tells us the ear is bored because it is the part of the body over which we have no control.  If we are in a place where sound waves are being created, they will enter the ear and the ear can do nothing but hear.  The ear is symbolic of being the passive object; of being “acted upon”.

That is the choice of the slave, to be passive, to have life “act upon him” rather than stand free and chart his destiny.  The pain inflicted on his ear represents the damage he brings to himself, his life, his mission.