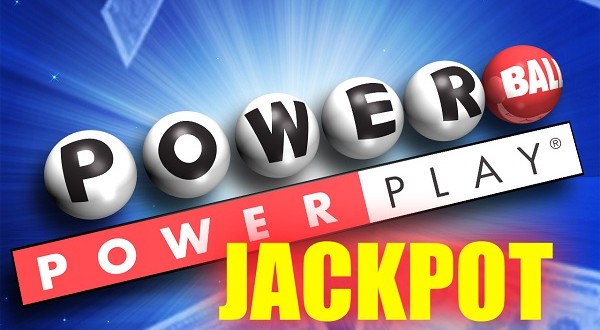 One hundred million dollars!  Two hundred million!  A billion!  Who among us hasn’t imagined what a wonderful thing it would be to become a billionaire overnight?  With just a “dollar and a dream” our lives would be utterly transformed; they would become perfect.  No more nine to five drudgeries.  No more fretting about school tuition, or mortgage payments, or whether another car is affordable.  No more enduring the petty directives of supervisors we know we’re more intelligent than!

We would drape our wives in diamonds!  Have an honored seat in shul.  We would become like Tevye from “Fiddler on the Roof”, so rich that our houses would have three staircases, “…one long staircase just going up and one even longer coming down.  And one more leading nowhere, just for show…”  Our most pressing decision would be whether to use fourteen- or eighteen-carat gold to gold plate those new bathroom fixtures!

Winning the lottery would be the end of all the mean and petty struggles life throws our way, right?

Not exactly.  The National Endowment for Financial Education reports that fully seventy percent of people who win a lottery or get a big windfall end up broke in a few years.

Broke.  As in, no money.  Bankrupt.  No diamonds.  No gold fixtures.  No private plane.  No staircases going up, down or nowhere.

Just headaches, and probably a lot more of them than before.

God tells Moshe to instruct the nation, v’kidashtam – sanctify them today and tomorrow and then they shall wash their clothing.  Let them be prepared for the third day…

Rashi understands this command to mean that the people are to “simply prepare” (sh’yachinu atzmam) which, in his understanding, means to avoid spiritual contamination (avoid sexual activity).  Ibn Ezra interprets the term to mean the people were to immerse themselves in the mikvah.  Onkelos understands the instruction to mean, literally, “wash your clothes”; for by cleanliness could the people honor the coming auspicious occasion.  Rabbi Soloveichik anchors the term solidly to its Hebrew root, kadash, “holiness”.  To Rabbi Soloveichik, holiness is preparation and preparation is holiness.

It is telling that in the Torah, where every word and every letter is sacred, an entire chapter is devoted to preparation.  In this instance, the emphasis itself makes the message clear, nothing of worth should ever be approached without appropriate preparation.  To simply “show up” is to miss out.

Of course, the event for which the people are being called upon to prepare for is not just any event.  It is the single most significant event in all Jewish history.  The climax of Parashat Yitro is the giving of the Torah to the Jewish People.

The novelist writing this narrative might devote his genius to Moshe’s interior monologue as he waited alone upon the mountain.  Or he might concern himself with the crackling electricity that filled the air.  Or he might focus on the words undoubtedly spoken among the Hebrews as they waited uncertain and confused for the event that would change them and change history, words that no doubt would have betrayed their fear and trembling.

But the Torah is no mere bestseller; the techniques a writer might employ to engage his readers fall far short of the power of the Torah’s words and the brilliance of its Author.  The bulk of Chapter 19 is devoted not to the event itself but the preparation for the event.   Indeed, the preparation was so important that the Talmud (Shabbos 86b) suggests that Moshe decided on his own that Israel needed more than two days to prepare for this incredible event, so he instructed the people to prepare for three full days.

We have a term for a magnificent performance accomplished without preparation – dumb luck (emphasis on “dumb”).  Would we expect any Joe Shmo to walk out of the stands and pitch a no-hitter?   Of course not.  Only an Ace, with years and years of practice and preparation under his belt, can even hope to throw such a game.  And if he throws a no-hitter into the ninth inning only to lose the game to a home run, would we think him any less a pitcher?

Of course not!  For we already know his ability and his worth.  The truth is that true greatness is manifested not only in the ultimate performance but in the determination and preparation spent leading up to that performance.  As we say, Dayeinu.  Eight no-hit innings would have been a great outing and a brilliant performance to behold.  Dayeinu.  It would have been enough to prove the pitcher’s worth.

Had God brought us out of Mitzrayim but not brought us to Mount Sinai, it would have been enough.

Had God brought us to Mount Sinai but not delivered to us the Torah, it would have been enough.

Inherent in dayeinu is Rabbi Soloveichik’s profound insight.  Holiness is preparation and preparation is holiness.

Sadly, most of us do not embrace the power and profound grace that are inherent in preparation.  No, we are more like Chaim, a poverty-stricken man who rarely made enough to make ends meet.  We hope – and expect – lightning to strike and make our lives wonderful.  Which was exactly Chaim’s mindset when he decided to leave for the city where he was sure he hoped to have fortune rain down on him. As luck would have it, he arrived just as the wealthiest man in the city was making a wedding and, because he was a visitor, he too was invited to attend.

When Chaim arrived at the banquet hall, he was impressed by the dazzling settings on the table. At the far end of the room, the host sat on a raised dais. All eyes were upon him. Suddenly, the host rang a bell and a multitude of waiters responded by bringing in lavish trays piled high with food.  Later, the host rang the bell a second time and even more delicacies appeared. Chaim was thrilled. Now that he had learned how things were done in the big city, he too would go home and buy such a bell.

A few days later Chaim was on his way home, with a bell that was an exact duplicate of the one owned by the rich man. When he arrived home, he enthusiastically instructed his wife and children to change into their very best clothing. “Set the table as if it were a holiday,” he ordered, “and seat yourselves.”

They all hurried to sit at the table. Chaim proudly sat himself at the head and immediately rang the bell.  Nothing.  He rang again.  Still nothing happened.  Where was the feast?  Where were the trays piled high with juicy, tender meats?  He rang again and again but no matter how vigorously he rang the bell, the result was the same.  Nothing.

“I’ve been deceived!” he cried.  He determined then and there to return to the city and right this horrible wrong.

He arrived at the store just as the keeper was opening.  Without so much as a “good morning” he shouted at the store keeper, “Why did you not give me the same bell? You’ve made me the laughing stock of my family!”

The store keeper was, of course, dumbfounded and asked the man what he was talking about.  When Chaim explained what had happened, the storekeeper tsked and tutted and then addressed him with a scornful tone, “Did you not understand that the wealthy man had prepared all the food and delicacies prior to ringing the bell? The bell was merely a signal to bring in the tasty dishes he had prepared ahead of time.”

The bell was meaningless.  It was what occurred before it was sounded that mattered.

Seeking out the proper lulav and etrog, building the Sukkah, or baking the matzah, is very often more critical to the authentic mitzvah experience than the actual observance of the mitzvah. The cooking process takes much longer and requires greater personal attention and care than the actual eating experience.

One must diligently prepare all the delicacies before ringing the bell, Chaim was reminded. One must learn, integrate and absorb the significance of Sinai, before receiving the Torah.

One who is about to pray can well learn from the laborer who sometimes takes a whole day to prepare for a job, or the carpenter who sharpens his saw for an hour to make a single cut. Let no one allow his prayers to become perfunctory. When there are only two minutes available for prayer, spend one of them in preparation.  As a pious man said when he was asked what he did before he prayed, “I pray that when I pray, I may pray with all my heart.”

They experience failure because they won; failure guaranteed by their lack of preparation.

As it turns out, we have all won the greatest lottery imaginable, we live in God’s creation with the opportunity every day to glimpse the wonders and holiness of that creation.  However, too many of us will be like those seventy percent; we will squander the wealth and wonder of what we have simply because we have not devoted the time and energy to be prepared to enjoy the benefits and blessings that abound in God’s world.

We would all be wise to heed Rabbi Soloveichik’s insight – holiness is preparation and preparation is holiness.

2022-01-20
Eliyahu Safran
Previous: Daily Reyd
Next: The Center of the Mount Sinai Narrative