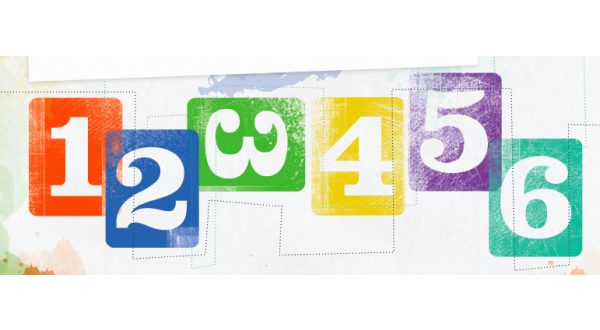 Rabbenu Yonah’s Six Spurs To Repentance: Spurs One and Two

Almost anything can become rote, even repentance. Observant Jews’ habituation to the High Holiday season—the tunes of the first night of selihot, the first Barkhua of Rosh HaShanah, U-netaneh Tokef, Kol Nidrei, and so on, might impede sincere repentance, make it rote rather than real. Rabbenu Yonah was already alert to the challenge of stimulating ourselves to the thoroughgoing spiritual inventory we all need; the second section of his Sha’arei Teshuvah lists six ways to hear the call to change, a list I find rewards review, repeatedly.

For all he is about to share marker moments, life events to jumpstart our awareness of the need to recalibrate, Rabbenu Yonah reminds us each depends on our insight or discernment. No stimulus will drag us to or repent for us, we will always have to be ready to recognize who we are and where our life path differs from what Gd wants.

More, we would do better by building a life where repentance becomes unnecessary. If we think of Gd daily, incorporate our understanding of His Will in our ordinary lives, make fear/awe and love of Gd a regular feature of our personalities, feel shame for our poor choices, and cultivate vigilant awareness of thoughts that would lead us astray, we will do well even in the absence of some big repentance event.

As most of us do not succeed at that, we need repentance events; Rabbenu Yonah reminds us to be open to them when they came, to avoid becoming overly certain of our righteousness (because if we’re sure we’re good, no calls from Gd will penetrate.)

His first avenue or opportunity to hear the call is when tzarot, troubles, happen. Suffering can be physical, financial, personal, or whatever. Rabbenu Yonah wants us to say: this is because of my sins, and—as last week’s parsha told us– if we recognize our troubles as a function of sin, and repent, Gd will welcome us back.

It’s a kindness of Gd’s, he points out; if one person apologized to another only because it would help rid him/her of troubles, the recipient might reasonably reject the apology as insincere. Gd accepts such inferior repentance, be-ratzon, with good Will, as if the person did well by his/her return (perhaps because many people don’t return to Gd even then, sadly).

Rabbenu Yonah quotes many verses for the idea, among them one he brings up a few times, Mishlei 3;12, for whom the Lord loves He rebukes, as a father the son he favors. The suffering many of us find upsetting and some of us reject as objectionable can be a sign of love, Mishlei and Rabbenu Yonah tell us, the tough love of a parent, dragging us where we need to go.

The framework he offered explains the Torah’s treatment of those who adhere to their usual way of acting in the face of travails. Vayikra 26, the tokhaha, has Gd threaten to add worse suffering to those not disciplined by the early examples. Should Jews dismiss their sufferings as happenstance or a matter of the way of the world (a worry particularly apt in this year of tzarah), later verses say Gd will add seven times to the suffering, Gd will (Gd forbid) repay our walking be-keri, by going with us be-keri or even ba-hamat keri, a wrath of keri. Rabbenu Yonah agrees with Rambma, keri here means happenstance, not sent by Gd.

Rambam makes his very similar point at the beginning of Laws of Fasts: suffering comes because of sin, and we must recognize it as such. Rambam only says it as a certainty about communal troubles, where Rabbenu Yonah includes individual ones. It’s a claim that depends on one’s view of Providence, how and when Gd steps in to guide individual lives, as well as how and when Gd rewards and punishes. A Jew might then disagree with Rabbenu Yonah, claim certain individual troubles are not a summons to repentance. I think Rabbenu Yonah disagreed about the nature of individual Providence, but also would say it’s not the way to bet, most of us have more than enough sins to assume our suffering is related to them.

Seek and Ye Shall Find

Rabbenu Yonah himself imagines another way the troubles will not lead to repentance: the person suffering misses the sins the troubles address, does not notice where s/he is going wrong. He tells such people to look harder. Otherwise, the person might not change, and then the sufferings really will have been futile, because the value lay in the atonement earned by repentance and change.

For those who blessedly make good choices, the sufferings will have been an overall boon, a source of joy, a reason to thank Gd for having been granted a cause of atonement and self-improvement. As Sifrei Va-Ethanan cites R. Eliezer b. Ya’akov, smooth lives do not give atonement.  Bettering ourselves takes hard work; Rabbenu Yonah is claiming sometimes Gd sends the hard work our way, and if we put in the effort, we will see the fruit.

The second way we can hear the call of return to Gd is when life approaches its end, our physical faculties diminish, our appetites reduce. Less swept up in satisfying our hungers, we can remember the approaching end of life and return to Gd.

Sadly, some people instead cling to their physicality, invest in recovering what age has taken away. Pesahim 113b includes a zaken mena’ef, an old man chasing sexual encounters, licit and not, among the three Gd hates. It’s head-shaking, to Rabbenu Yonah, how people can reach the mid-point of their lives—and more—see their physical strength diminishing, and not remember the relentless march towards death, not take the time to improve and prepare themselves for meeting their Maker.

How We “Protect” Ourselves

One reason people miss the message is their blindness to their own failings, their certainty they have not sinned (not seriously, in any case). They do not realize how far they are from what Gd wants, or they have heard and put it out of their minds, like a person who is ill but does not feel his/her symptoms.

(The example is Rabbenu Yonah’s, but rings particularly true in our times, when no one is sure how many people have had Covid-19, because the majority, maybe as high as eighty percent, never have noticeable symptoms. I have also read articles about people who have serious effects on their blood oxidation levels, and do not feel it until very late in the game.

I remember hearing R. Soloveitchik, zt”l, was fortunate to have been a bit hypochondriacal, because he caught and became aware of his stomach cancer sooner than most people would, allowing doctors to remove it safely, in the 1960s. We can be ill, physically and/or spiritually, and not catch it early enough.)

Spiritually as well, the more aware we are, the more likely we will spot our illnesses—Raabbenu Yonah himself calls sin a sickness of the soul—and rectify them.

For those unable to find their own flaws, spending time with Torah scholars can help. Rabbenu Yonah does not explain why, perhaps because that will be call to repentance number three, as we will see next time.

Threading the Needle on Awareness

Righteous people always know where they’ve gone wrong, are upset about their failings, not reaching where they could have in the service of Gd. Yerushalmi Hagigah 1;6 says Gd was willing, in some sense, to forego serious sins but not bittul Torah, neglect of Torah study, because those people are insisting on focusing on their bodily needs and wants, on the parts of the world with fleeting value, rather than putting their time and effort to Torah and its involvements. Such people are truly at the bottom level, says Rabbenu Yonah.

Instead, starting with the age of sixty (which Avot 5;21 defines as old age; the number might have shifted a bit in our times), we should begin to withdraw from the physical world, because it shouldn’t matter as much anymore. As we reach seivah, gevurah, seventy and eighty, we should focus more and more on matters of ultimate value, the service of Gd. The Mishnah says ninety is the age la-suah, a word Rabbenu Yonah takes to mean prayer (as when Yitzhak went out to the field la-suah, to pray Minha, as the Gemara says).

The righteous use their old age, with its slowly receding faculties, to build and improve on the good base they set in their lives, as Shabbat 152a says, Torah scholars increase their wisdom the older they get, an idea Rabbenu Yonah is reading to mean they fortify their connection to what’s really valuable, lessening their connection to what is not.

A good start, two ways to let ourselves hear the call to improvement, sufferings we might mistake as a cause of resentment when they actually help us, if we take them the right way, and old age, a reminder long before death that our time is limited and to use it wisely.

God, Nature, People, and Animals: The World of Parshat Bereshit

The Necessity of a Tradition of Meaning: What Onkelos Taught Me About Translation