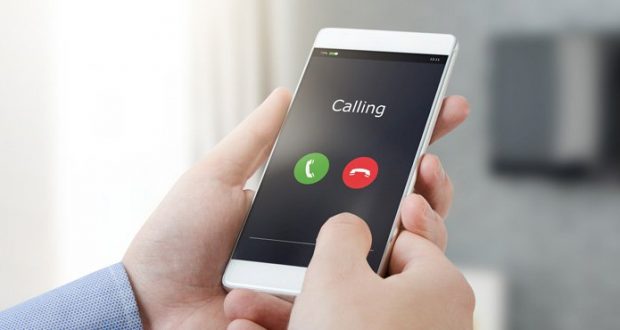 The sixth of Rabbenu Yonah’s ways to hear the call to repentance reminds us we bear the final responsibility for finding our way to penitence. He writes (in my loose translation) “at all times the person should prepare him/herself for the encounter with the Creator, because no one knows when his/her life will end.” Knowing there is a judgment ideally leads us to rouse ourselves, to seek and find lives of charity and righteousness, such that when our personal race reaches its end, we are bring the best versions of ourselves to our Creator.

The Positive Side of Being Aware of Death

Eternal vigilance is the price of a well-lived life, he does not quite say, but he does say we should be checking ourselves day to day and moment to moment. As R. Eliezer said, Shabbat 153a, repent a day before you die; when his students protested we do not know the day of our death, he agreed, and said it was all the more reason to repent each day, to maintain our souls’ spiritual cleanliness at all times, as Kohelet 9;8 says. During the smoothest times of our lives, Rabbenu Yonah urges us to keep death in mind, that we weigh our moral and religious choices the same way we would when we were really aware of the approach of death.

On the proactive religious side, he recommends adding new mitzvot daily, because we can never know when we will run out of time. Kohelet Rabbah 3;24 says observing commandments close to death has special value—as if the person had previously observed the whole rest of the Torah, and this was the one missing piece—I think because it reveals the person’s true commitments.

The Danger in Ignoring Death

Some people ignore death until very late, and they are almost animalistic, says Rabbenu Yonah [the idea that some human beings neglect their humanity appears in Rambam’s Moreh Nevukhim as well, and is worth considering: we aren’t inherently human, they sort of say, we earn our humanity by using our potential well). For Rabbenu Yonah, those who stumble through life without seeing what’s coming are like animals who never imagine the slaughterer’s knife.

Such people make death harder on themselves by spending their lives strengthening their attachment to this world, a world intended as a means to an end, people improving themselves by taking advantage of the opportunity to do mitzvot in this world.

He finds the idea in a cryptic claim of Derekh Eretz, a small tractate of Mishnaic era material. It says one who wishes not to die should die before s/he dies. To Rabbenu Yonah, it means if one wants death not to be the end, to earn eternal life, the path lies in treating our this-world lives as a way to serve Gd, to “kill” the self-centered version of life, live for Gd’s purposes.

This will become obviously true to all after death, when souls see the truth as it is, the righteous to celebrate what seemed like sacrifices during life, the evildoers to realize how far wrong they went. People of good heart, therefore, will always treat this world and this life as temporary, a way to serve Gd, to store provisions, as it were, for the World to Come.

Many people treat Kohelet as a cynical work, dismissive of the value of everything, only at the very end finding some value in Gd’s service. Rabbenu Yonah disagrees; he thinks the book seeks to protect us from excessive interest in all the other aspects of life Kohelet reviews, to realize they all–happiness, wealth, wisdom, marriage—are hevel, vanity, if taken as ends of their own. Where they have value is as tools for service of Gd.

It’s Our Lives, It’s Up to Us to Right the Ships

We need to keep death in sight, Rabbenu Yonah says, to remind us time is short, we cannot assume we will have the time for when we get around to Torah study and mitzvot. It is why Kohelet 9;4 says the live dog is better than the dead lion; the live dog (the lowliest person) still has the option of repentance, observance, spiritual growth, none of which are available after death, even for those who were lions, the righteous and pious. Growth happens only here.

Sadly, many people do not take the time to examine themselves, to remind themselves the future comes faster and faster, to disconnect themselves from this-worldly concerns. Iyov 4;21, he reads it as saying, thinks people’s excesses of money often prevent them from the wisdom they might have found otherwise.

Hillel expresses this idea of individual responsibility in Avot 1;14, im ein ani li, mi li, if I don’t pay attention to myself and my future, who will? Even if the person hears preachers and the like, a person who has not committed him/herself to change will lose the momentary impact of their words, will find them as fleeting as the morning clouds, the metaphor used by Hoshe’a 6;4.

The solution lies in how we hear such words, in our ability to imprint them on our hearts, keep them in mind always, add to them, and structure our lives as advised by such a perspective.

Should we follow this advice, we might become overly taken with how well we’ve done, might lose the sense of humility that needs to pervade the experience. Hillel therefore warned, “And when I am for myself, what am I?” because however much we try, there will be much we did not manage to accomplish. If we do work that hard, Gd will accept what we have done, but we need to be aware of how much more we could have done.

And the time is short, as Hillel also says, if not now, when. Any delay can lead to others, because life is always bringing us distractions. We should develop an appetite for spiritual growth as most people have for money; just as Kohelet 5;9 says one who loves money will never be sated with money, we should become people never sated with our spiritual progress.

Waiting to work on ourselves also means we will sin in the interim, and our tendency to evil will strengthen—it is harder to repent after a year of a certain way of acting than it is after six months. Delay also dulls the emotional pain of the realization of sin. What we did long ago fades in our minds, although not in Gd’s. The sooner we repent, the more likely we will bring the kind of raw regret that makes repentance more appealing to our Creator.

Wait long enough, and the person will be old, when the appetites have dulled, physical capabilities are not what they once were. We can repent then as well, but it will be necessarily inferior to what might have been.

Hear the Call and Get to Work

As I close my summary of this second sha’ar of Rabbenu Yonah’s work, a comment on its structure will put what we have seen here in perspective. The opening section lists twenty steps of repentance, where Rabbenu Yonah urges people to have their awareness of sin, regret of it, and desire to change it, turn them into different people. The third section goes through all the types of mitzvot there are (with many examples, a sort of mini-Sefer Ha-Mitzvot), because he does not think we can repent properly without full knowledge of what we have done. The fourth section is about how to achieve full atonement, not our topic at all this year.

The section we have studied lies between the steps of repentance and the review of halakhah. Because repentance, I think Rabbenu Yonah means to signal us, involves being ready to and then performing a searching spiritual audit, admitting our many flaws, the ways in which we have fallen short of who we could and should have been, and dedicating ourselves to becoming those types of people, especially by learning to ignore the many distractions of this world.

It’s a big ask, and he has spent this sha’ar working to encourage us to be ready for it. Because if we look at suffering, old age, death, and hear the words of Torah, we will know better the vital importance of the proper perspective, a perspective that might lead us to reconstructing our lives in the right way.

God, Nature, People, and Animals: The World of Parshat Bereshit

The Necessity of a Tradition of Meaning: What Onkelos Taught Me About Translation