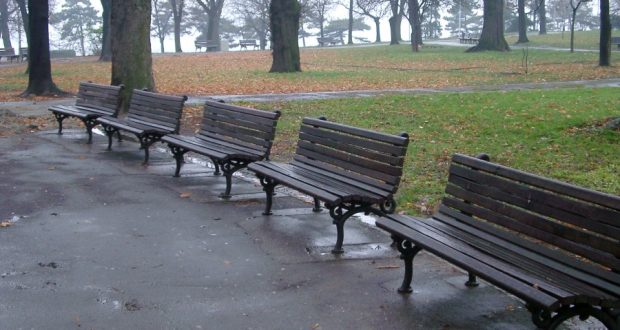 Women Passing through an Outdoor Minyan

Question: We have an outdoor “Corona minyan” outside the entrance of my building. Some men stand in locations that make it impossible to enter or exit the building without entering someone’s four amot. I (a woman) avoid passing by during davening, but to take my son to his school van, I go before Shemoneh Esrei. Last week, I felt compelled to pass by during Shemoneh Esrei and return during chazarat hashatz. Was that permissible?

Answer: In normal times (for which we yearn), we likely would take the whole minyan and the particular “path blockers” to task for gross inconsideration. However, it is scientifically/statistically clear that the existence of outdoor minyanim with proper spacing has, nationally, saved lives. While people can argue whether it is better for people whose only safe place for a minyan disturbs others should daven at home, Jewish society is expected to make certain special allowances for shuls (see Shulchan Aruch, Choshen Mishpat 156:3). In the “old days,” people would debate the pros and cons of minyanim on (El Al) planes. But nowadays, without ideal options, some (including high risk men) would end up davening in unsafe and/or illegal minyanim. Especially since you are not complaining, we will be melamed z’chut and assume that the minyan overall finds the right balance of meeting needs and focus on your dilemma about passing through.

The first issue we will dispatch of is whether a woman may be in close proximity to men davening. Our community does not require mechitzot for even a minyan in places that are not set for tefilla, including shiva homes and airplanes (see Living the Halachic Process, V, A-9; Rav Moshe Feinstein, cited ibid., distinguishes between places that are open or closed to the public). It is unclear how long a minyan must operate in a makeshift location to qualify as set. However, even when a mechitza is needed, a woman may pass through, if necessary. Rav Feinstein (Igrot Moshe, OC V:12) reports that individual women have always been allowed to enter to, for example, collect tzedaka. While he says this should be done only on an ad hoc basis, your situation is especially valid case.

Whether there is or is not a mechitza, men may not daven or learn aloud if a woman not dressed according to the halachot of tzniut is in their sight (Shulchan Aruch, Orach Chayim 75). We do not feel a need to review for you what this entails, and this need not be a problem at all.

Finally, we address the halacha of not walking in front of someone who is davening Shmoneh Esrei (Shulchan Aruch, OC102:4-5). (During chazarat hashatz, it is only an issue regarding the chazan). Most agree that the issue of walking in front of a davener concerns harming his concentration. What if he does not mind? Just as the davener may not do things to harm his own kavana, so too he may not allow others to do so to him (see similar idea in Bava Kama 91b). However, there are a few grounds for leniency. The Shulchan Aruch (OC 102:4) rules that one may pass near someone from the side, and the Mishna Berura (ad loc. 16) is inconclusive on whether passing diagonally in front is a problem. In a case of need, one can rely on the lenient opinion. Here, there are multiple levels of need. You need to pass by for your need. If we would not allow you and your neighbors to do so, then it would be unreasonable to have the minyan there, which we are assuming is important.

On a more fundamental level, the Da’at Torah (to OC 102:5) says that if a davener blocks a “thoroughfare” (even in shul), it is comparable to one who was buried in a public area, and therefore he allows people to walk by. One certainly cannot create an off-limits zone that prevents from entering or exiting their own building. Therefore, what you did was absolutely justified. (Whether people may daven in such a location given that others may walk by is beyond our present scope). Your normal attempt to not disturb is an act of tzidkut; people helping others with their practical and spiritual needs is crucial in navigating this crisis.