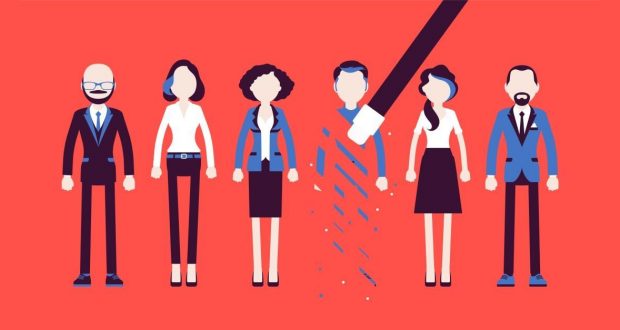 Shulhan Arukh Yoreh De’ah 334 next lays out the parameters of nidui. Before we discuss them, let’s consider Arukh Ha-Shulhan 334;6, who tells us Rambam thought the court would declare the person in a state of shamta, where Ra’avad thought shamta was more serious than nidui.

Options and Concerns Within Nidui

The issue matters to us because Arukh Ha-Shulhan then notes the court certainly may declare the higher level reaction—using the word arur, cursed, in addition to the nidui, the forms of separation we will see below–the Hebrew equivalent of shamta. The court can also adjust the length of nidui, longer or shorter than the usual thirty days in Israel and seven days outside we saw last time.

The court has the power also to include extra forms of pressure, such as refusing to allow the circumcision of the man’s sons [we assume the person put in nidui will be a man, because women then generally did not act in public enough to run afoul of authorities; today, when women are part of public life as well, we hope they wouldn’t be foolish enough to imitate men by misbehaving in ways deserving nidui], threaten to refuse to let him be buried in an honored spot, expel his children from school and his wife from shul until he accepts the discipline of the court/community. (The list reminds us halakhah views the family as a unit, the man’s actions implicating his wife and children.)

Arukh Ha-Shulhan adds a crucial point that lays bare an underlying problem in the discussion. He says these tactics may be used if the court believes they will produce obedience. Without it, to punish the children or the wife seems unfair, even if the children are minors (and therefore somewhat subject to the vicissitudes of their father’s life). Were it to be effective, Arukh Ha-Shulhan and others seemed comfortable with the cost. Modern-day poskim, I think, are less so, perhaps because of the lesser likelihood of it working.

To me, his words put the challenge of nidui in a nutshell. It is a tool of communal discipline, because communities properly need ways to enforce their will, yet nidui can and does go very wrong when the person instead just rebels, as happens almost any time a community tries nidui in our times. To our detriment, I believe, because the community does not function as it properly should.

Communities properly and appropriately enforce certain types of conformity even as some communities go too far in this. We know this particularly well in our times of coronavirus, when resistance to and rejection of what seem to be responsible standards articulated by responsible authorities (with refusal to obey in the general populace, not just Jews) has led to more illness and death than it seems HKBH originally decreed, shows us downsides of excessive individualism. A reminder of the value of the middle road, individuals with rights, communities with power.

But let’s see more of what was supposed to happen when nidui still worked.

The Separation from the Menudeh

The first marker of nidu is separation, everyone in the society required to stay four amot (6-8 feet, remarkably similar to the guidance around social distancing for the novel coronavirus) away from the menudeh, the person being shunned, with exceptions only for his wife and children, and some say all members of his household (the family pod, in current terms).

Shakh adds the distance is on all sides, meaning the menudeh creates a circle around him of four amot radius. This is in public as well (we might have thought people would insist on their right to walk where they want, refuse to be inconvenienced by the menudeh) or a space belonging to no one, hefker, but not someone else’s house. (The comment isn’t quite clear to me; I think Shakh means the menudeh can only enter a house if the homeowner agrees to the necessary distancing, but cannot impose it by entering without specific permission.)

Others should not eat with the menudeh, or include him in a zimmun, the three to recite the special part of Birkat Ha-Mazon, nor include him in anything requiring a minyan. He is socially shunned, more than distanced (as we are by the coronavirus). Rema reminds us this applies only to someone formally banned, not just any sinner or communal rebel. Shakh says this extra level applies only to one placed in nidui for problems in observance; the nidui for financial wrong allows the person to partake of zimmun or minyan, unless the court decides otherwise.

A side comment by Rema shows how seriously they took the distancing. Prayers can proceed despite the presence of the menudeh (Shakh here repeats, unless the court made that part of this person’s nidui); the custom to evict the man from the synagogue was only because he blocked a lot of space, made it harder to find a place to pray not within four amot of him.

In other words, the menudeh was to be significantly excluded from society. He was expected to refrain from laundry, haircuts, and wearing shoes, like a mourner, but could learn Torah by himself or listen to others (from four amot distance). He could work for his living, and people could be employed by him.

I worry people think I am being hyperbolic when I suggest we are currently in a state of international nidui, when I mean it fairly literally. The list of ways a menudeh would act seem to me remarkably close to what health officials find necessary to try to reduce the spread of the novel coronavirus—we are urged to socialize only with family, or from a distance of at least six feet, not to have meals with others, and for a long time, we were unable to attend shul, and learned Torah at a distance.

I won’t come back to this each time, so I hope you remember and ponder this: the practices medical science is finding effective are precisely those halakhah used to impose social exclusion.

Herem ramps up the pressure. A Jew in herem cannot be included in Torah study (he may study himself only to avoid forgetting what he has already learned), cannot be employed or employ others, and Jews patronize his business—and he can run his business– only enough for bare sustenance.

Shulhan Arukh explicitly permits speaking with these people, unless the court made a rule against it. Rema cautions not to go too far, to speak only as necessary, as with a mourner [the similarities between a menudeh and a mourner—along with a metzora, someone afflicted with tzara’at–provide a convenient shorthand for the experience of the menudeh, he is supposed to experience mourning of a sort for having stepped too far outside propriety.

Shakh notes he is not required to tear his clothing, or wear a covering on his head and mouth—different than the form our current nidui takes, as every court is allowed to make rules specific to its nidui, and apparently the Heavenly Court has decided we need face masks– may wash and anoint himself with oil, may engage in marital relations, wear tefillin, and greet people, who may greet him as well. While some thought he should not wear ordinary shoes, Shakh says the consensus is this is not a necessary practice for the menudeh].

The need to distance doesn’t force the ordinary people to leave where they were, should the menudeh come and sit there, Rema says; his violation of the rules is not other Jews’ problem. On the other hand, the menudeh’s house is all considered his four amot, and other Jews may not enter the whole structure. Shakh notes an open question as to whether a moving menudeh obligates staying out of the moving four amot circle, much like runners today.

Being part of society is a right, I think these rules are trying to say, and with that right comes the responsibility to be a good citizen. Those who refuse, in ways we have not yet specified, and choose to flout communal norms, lose their privileges of membership. At first a bit, to give them a taste of their path, and then more and more, in the hopes they will realize the poor choice they are making.

It reminds me of the verse Rambam referenced at the beginning of Laws of Fasts, if we go with Gd be-keri, ignoring early-stage calls to improve, Gd will go with us be-hamat keri. As with menudim, we hope they and we learn the lesson soon enough to have the nidui suspended early, a topic we will see next time.