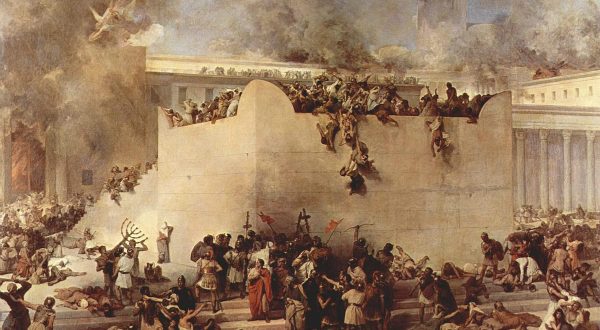 After our brief review of laws of beit kenesset, to honor the Jewish people’s return to shul (and with some shuls now having had to take a step or two back, with prayers we all be restored to shul soon, permanently), I plan to move to issues of haramim, nidui, and nedarim al da’at rabim, forms of social/communal discipline or punishments, and oaths that invoke others to take the nullification of the oath out of the person’s hands.

I thought of it partially because Kol Nidrei is not far away (although life moves faster than usual in this pandemic/et tzarah, so perhaps it is far away in terms of how much life will change by then). Usually, Kol Nidrei is the stirring start to a day of prayer (who knows what will happen this year? We can only pray HKBH relieves us of these troubles in time to get back to something approaching usual), but its legal effect in nullifying vows has always been hard to understand. Depending on which version of the formula one uses, we announce either that all our past vows are nullified or all our future ones.

Either way, the topic of nullifying vows led Ramban and others—I mention him because I stumbled across a nice edition of his Mishpat Ha-Herem, what really started the ball rolling on my thoughts—from discussing Kol Nidrei to other rules for nullification, and from there to how communities discipline those who violate their rules. I have been told many times, by various rabbis, that many of the steps we have taken in reaction to our current time of trouble have been a matter of being unable to trust community members to comply with rules.

So it seems fitting to think about communal structures and discipline.

The Week of Tish’a B’Av

Before we go there, this being the week of Tish’a B’Av, I decided to take a chapter of Shulhan Arukh I do not see much observed in the communities where I have lived. I write what I write here without any claim to do better at this than anyone else. I want to call our collective attention to what seem to me surprising lapses in our awareness of hurban, of destruction, despite halakhah clearly guiding us in these areas.

Orah Hayyim 560 reviews rules the Sages instituted upon the destruction of the Temple. In paragraph one, we read of a prohibition on building a binyan mesuyyad u-mekhuyyar, translated by Sefaria as painted and molded. Whatever the translation (we’ll discuss in a moment), Shulhan Arukh adds “like kings’ homes,” and that the person should plaster and whitewash the house, leaving an amah square un-limestoned (for us today, unpainted).

One way to avoid this comes quickly: Shulhan Arukh allows purchasing an already painted home without having to scrape the walls. Jews insistent on a nice house have the option of buying an existing one. When they need to refresh the paint at some point, there is room to think they must leave a square amah—the length of an amah is disputed, views ranging from 18-24”, I think– without repainting.

Magen Avraham notes Rema (in Darkei Moshe) seemed to accept the more lenient view of the Tur, Jews can limestone and paint their homes as long as they leave a square amah (others thought rougher building materials, like plaster mixed with sand, might suffice; Arukh Ha-Shulhan suggests that as a defense of the Jewish people, meaning he recognizes it’s less than fully convincing). I note it is the lenient view, because I still do not see many homes outside of Israel with a square unpainted amah facing the door as you enter.

Painting a Square Black or Other Substitutes

Magen Avraham also rejects what was starting to be another workaround, painting a square black. He says it is still painted, and thinks one who covers the wall facing the door with a tapestry would have to leave an empty amah in the tapestry.

For homes purchased from non-Jews, he agrees the Jew need not scrape the walls, but only because s/he may assume non-Jews built the home. Should a Jew know a home was built by a Jew, he held the purchaser would in fact have to scrape a square amah from the entranceway. I think he must mean where no non-Jew lived in it in between, because if the non-Jew painted over the square, it’s not clear why the Jew would have to scrape it. Possibly, Magen Avraham thought the original Jewish builder’s failure to leave a square unpainted obligated any later Jew to scrape out such a square regardless of whether a non-Jew had owned or lived in it in between.

Peri Megadim in Eshel Avraham adds that a renter responsible for refreshing the limestone or paint also needs to leave the square amah unredone.

In Mishbetzot Zahav, his notes on Taz, Peri Megadim objects to the custom to paint images of the Destruction (he speaks of pictures of Tzidkiyahu, the king at the time the first Beit HaMikdash was burned). Despite depiction of a sad story, it is still a painting, an item of beauty, in a place supposed to be devoid of it as a sign of our mourning.

He repeats his concern a few paragraphs later, where he stresses memory of loss depends on internal experience, in contrast to those who have paintings of Tzidkiyahu in black. For all it seems like a mourning emblem, its beauty lifts the heart. By the time of Arukh Ha-Shulhan two centuries later, that line of defense had fallen. In his “excusing the Jewish people” mode, he says such paintings having become customary reminders of destruction make them a reasonable version of it.

Idea one for Jews’ maintaining a sense of loss: Ensure the physical structure of homes reflects our state of hurban, destruction.

Shulhan Arukh’s second set of ideas, 560;2, focuses on creating notable holes in our enjoyment of life. Meals for guests should leave out an expected dish; women should leave off one piece of expected jewelry; bridegrooms place ashes on their head, and do not wear any sort of crown, where brides wear crowns of cloth or material, not silver. Rema here notes the custom to break a glass at the huppah, the glass they used for the berakhot (not a random light bulb, as I have seen).

Each of those ideas comes with easy workarounds—what are all the dishes we would ordinarily have served at a meal (I have imagined bringing an empty dish to say we would have filled it with something else had we had the Mikdash, but it seems an empty gesture)? How do we know a woman doesn’t have more jewelry she could have worn, that she isn’t in fact following the custom?

As we review them, we see the challenge: each sign Hazal set up comes with loopholes and workarounds. Reject them in one generation, if enough people insist on it, halakhic decisors of a later generation will make their peace with it. The back and forth confuses the goal with the method, I think.

Imagine a wedding that costs $100,000. We might have thought such weddings would not exist any more in our time of plague and et tzarah, yet people fight for their right to have hundreds of people at their wedding. (In fact, I suspect $100,000 is a naively low number, yet well above the average annual income in the US, possibly even for Modern Orthodox Jews. In exile, Jews insist on spending a year’s salary on a wedding.)

At a wedding with all those trappings, does having placed a few ashes on the forehead of the groom, having stepped on a light bulb (after which everyone shouts Mazal tov!) really stop us in our tracks to remember the Hurban? If we have homes worth upwards of… you insert the number, would a one amah square block upon entry really remind us we live in a world of destruction?

The passage in Baba Batra 60b where R. Yehoshu’a recommends these kinds of practices faced the opposite problem from today, people who wanted to restrict life intolerably, to be sure they never forgot. R. Yehoshu’a made the accepted point we have to be able to build lives even in an unredeemed world, celebrate weddings, joyfully, have women wear jewelry, have guests for meals.

And then, we can be more hopeful of being among those who mourn Zion and therefore merit seeing its full rebuilding.

Parshat Va-Yetzei: Carving Out a Life, In Gd’s Closer or Farther Presence