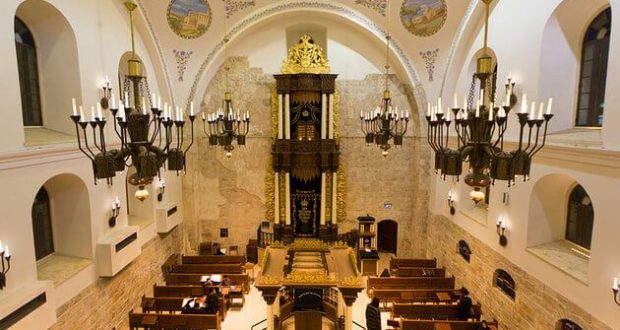 Needs and Rights in Selling a Shul

Finishing Siman 153: Needs and Rights in Selling a Shul

As matters have begun to open in New York, state and city, I have had the renewed privilege of attending minyan again, and it has been more moving than I had thought it would be (especially hearing birkhat kohanim for the first time, albeit not from actual kohanim.)

A downside has been seeing how hard it is to have people follow simple rules—good, well-meaning people. Keeping a mask over mouth and nose is annoying, staying six feet away feels artificial, and yet these are the ways we can move forward, and closer to the world we used to have. I continue to believe one challenge of this et tzarah has been for us to remember we have to find appropriate leaders and then follow them, without thinking we know better. When the leaders set rules, we can lobby with them to adjust them, but we also must follow as followers. Or find ways to become the leaders ourselves.

As for the laws of Beit Kenesset we have been studying, the rest of Siman 153 talks about selling a shul when necessary, raising a first question: what counts as necessary? 153;6 permits it for haspakat ha-talmidim or le-hasi yetomim, to support yeshiva students or provide the wedding needs of orphans (who, especially in a time before life insurance, often had no financing of their own).

Arukh HaShulhan notes these needs allow selling a sefer Torah as well, because the point of having sifrei Torah and places to study them was to foster such study. Without students, books sitting on shelves of an empty shul or Beit Midrash aren’t worth much.

The Reasons to Sell

He added, as did Mishnah Berurah, some people allowed selling a shul only to help someone halakhically obligated in childbearing, piryah ve-rivyah, meaning male orphans.

Mishnah Berurah rejected the idea because women are included in the idea of la-shevet yetzarah, from Yeshayahu 45;18, Hashem created the world to be settled, and people (men and women) must be involved in settling it (especially by populating it). Helping a woman marry allows her, too, to fulfill an obligation, of la-shevet, enough to permit selling a shul or Torah scroll.

Arukh Ha-Shulhan adds another reason already found in Levush—the Gemara makes clear we give precedence to finding marriage partners for young women orphans before men, because, Arukh Ha-Shulhan says, the shame of being single is greater for a woman, and we sell these items to serve such lesser defined needs as well.

Mishnah Berurah points out all these sales are only if the money cannot be raised otherwise. In paragraph 13, Shulhan Arukh talks about changing money collected for one purpose to another; once the money has been used to build the shul, new needs should be provided for with another collection, not selling the shul.

So, step one, a community can sell a shul for certain significant purposes, and the threshold of significance less legalistic than we might think.

Step two limits us another way; 153;7 tells us of the Gemara’s distinction between a shul belonging to a small town (a kefar), where such sales are acceptable, and one belonging to a kerakh, a large city, where they are not.

The surprise comes with the reason, that large-city shuls belong to Jews all over the world! Since travelers pass through large cities regularly, shuls in such cities expect to be used by Jews from all over, who therefore develop a stake in the shul, (regardless of their financial contributions or lack of it), leaving the city people with no way to access their thoughts about whether to sell it.

Before we get to a solution, I linger on the underlying sense of interconnection. A big-city shul brings together Jews from all over, who all have a stake and a share in the shul.

Arukh Ha-Shulhan in paragraph 17 makes clear it’s not about the money—a small-town shul might have raised funds from outside of town and a big-city shul might have financed it all on its own. Doesn’t matter, he says, the nature of the shul does. (Today, we might worry this halakhah applies more broadly, because even relatively small towns have more stranger traffic than in previous centuries. Arukh Ha-Shulhan in paragraph 24 assumes a kerakh includes only cities where merchants and others gather regularly; to his view, we focus on gathering rather than amount of traffic.)

The Central Individual of the Community

Paragraph seven offers one way out of the problem. If a city entrusts one person with the building of the shul, has him make all the decisions (with the consent of the community, perhaps, although he is the decider), his rights will extend to selling the shul should he come to think it the best choice. Because his control was included at the start, the rights of world Jewry who could have expected to travel and use this shul always was limited by the rights of this one individual.

Few large city shuls will give such power to one individual, however. Arukh Ha-Shulhan thought Shulhan Arukh’s case was where the shul implicitly entrusted matters to one person. Where the community explicitly made the person’s control a condition of the building, Arukh Ha-Shulhan thought it would take effect. (I’m not sure this is a universal position; my vague memory is that some authorities took the Gemara to mean world Jewry’s share in such shuls prevented conditions as well.)

The more common route I have seen finds ways to be sure Jews from outside the city would clearly see benefit in allowing this sale, such as if the existing shul has become irreparably decrepit.

When It Belongs to One Person

Another way out would be for one person to own the shul. Paragraph 10 presents a debate as to whether one may sell a personal Torah scroll for lesser purposes than to study Torah or marry (or, presumably, other mitzvot of sufficient weight, such as redeeming captives). For those who permitted it, a shul belonging to one person might be similarly sellable.

Individuals have certain surprising rights within shuls, with significant limits as well. Paragraph 12 knows the possibility a community will give the shul-building concession to a family, ceding to them the sole right to handle any construction of shuls. It is a full right, but not one they can sell.

Should someone donate property for a shul, paragraph 14 tells us, and the non-Jewish government prohibits shul building there, the person cannot retract the donation, because s/he did not qualify it explicitly or fully enough. Nor can an individual use his/her ownership of a seat in shul to stop others from participating in the shul in general (theoretically, each individual has rights as part of the corporate entity and could enjoin others from using his/her part; Shulhan Arukh is telling us people’s rights do not go that far).

Even with personal property lent to a shul, the owner must allow all community members equal rights of use—s/he cannot prohibit a particular person from using his/her item.

The Right to Mitzvot

Individuals do develop certain rights within communities, however. 153;22 discusses someone who “owned” a mitzvah, such as gelilah, wrapping the Torah scroll after it has been read. “Owning” meant making an annual donation to the shul (when I was growing up, it was part of the auctions on Simhat Torah, a probably questionable practice that was also a lot of fun for a child to watch).

Shulhan Arukh speaks of someone who had owned the mitzvah and then stopped giving the donation for it. Were poverty the problem, when the wheel of life comes around again, the donor will have the right to return to his “ownership” (this is by far not simple—I once saw a responsum of R. Ovadya Yosef, where two brothers had donated a parokhet, an Ark-covering, to their community, and were miffed at others’ donating a newer one. R. Yosef, who was then Chief Rabbi of Israel, had to work to help them find a compromise).

If the donor chose to forego the mitzvah that year—Shulhan Arukh might read as requiring that the donor say he had plenty of money and just did not wish to have the mitzvah that year, where Mishnah Berurah thinks the refraining itself, as long as there is every reason to think the person has the money, makes the point—he does not have the right to demand the mitzvah be restored to him.

There’s more to the chapter; I don’t pretend I’ve covered it all, only the parts I found most interesting this time through. To me, the pieces that stood out were what it says about the interconnections of Jews, where Jews from “outside” have to be taken into account, and where individuals within a community have more power than we assume. A complicated mix in building well-running communities.