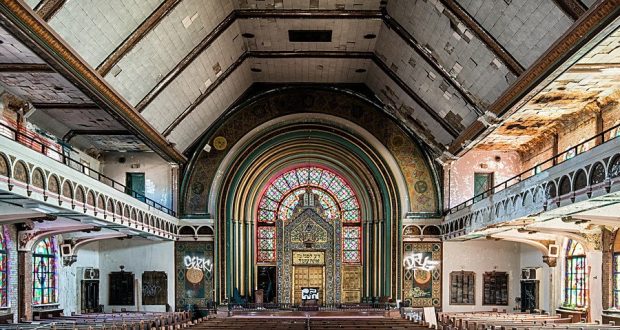 After prayers and Torah study, siman 156 requires a Jew to go take care of his affairs, based on Avot 2;2, any Torah unaccompanied by work will eventually be unsustainable and lead to sin (as the person flails for a way to support him/herself). Shulhan Arukh cautions us to remember R. Yehudah b. Ilai’s note (Berakhot 35b), the path to success in both Torah and livelihood runs through the attitude of treating Torah as the keva, the fixed lodestar, and melakha arai, work more temporary, more adaptable to changes of circumstance.

Business as a Place of Fear of Gd, the Name in Particular

Last time, we encountered the necessary centrality of Torah study to a Jew’s self-perception, so let’s move on to Shulhan Arukh’s other adjurations. He reminds Jews to conduct their business honestly, to be careful not to mention Gd’s Name in vain, for any place the Name is mentioned in vain, death is common.

Shulhan Arukh is following Tur, who based the idea on Nedarim 7b, where R. Hanin quoted Rav as saying poverty is found wherever Gd’s Name is taken in vain. Avodah Zarah 5a does say poverty is like death, but as Perishah to Tur OH 156 already questions, it is not clear why Tur switched it. In the business context of this siman, the threat of poverty seems at least as worrying, especially since the Gemara thought the issue could arise even for hearing Gd’s Name taken in vain without protesting.

Shulhan Arukh also discourages oath-taking, even when completely true, with Bamidbar Rabbah Matot 22;1 as a source. The Midrash tells us King Yannai had a thousand cities (our versions of the text read two thousand), all eventually destroyed because people swore true oaths. (I believe the resistance stems from oaths’ invoking Gd’s Name; even where the Jew will fulfill the oath, and it is therefore technically proper, our respect/awe/fear of Gd should make us leery of unnecessary use, because familiarity breeds contempt.

His third point discourages business partnerships with non-Jews (he writes Kutim, a group of questionable Jews, but Rema’s gloss makes clear he included Christians). The oath again caused the concern, in this case the divinity the non-Jew will name in the oath; for a Jew to be the precipitating reason a non-Jew calls in the name of a divinity other than Gd violates Shemot 23;13. Though the verse literally says not to let our mouths make the names of other gods heard, we assume it includes being the proximate cause of non-Jews’ using those gods’ names as well.

Rema writes reasons for leniency, including what became a famous question, whether halakhah treated belief in the Trinity as idolatrous for non-Jews. Either way, Rema reminds us we are responsible for others’ conduct in many situations, in addition to our own.

The Expansive View of Post-Shul Life

From there, Shulhan Arukh turns his attention to the halakhot of meals, a topic we will leave for some other time. Truth is, I could have stopped before siman 156; I took up the laws of Beit Kenesset at R. Gil Student’s invitation, because we are living through a time of distress that for some of that time kept us away from shul.

I had some thought to turn back to Akedat Yitzhak, whose commentary to Bereshit I hope and plan to finish summarizing before moving on to some other area of halakhah, especially since New York, where I reside, is currently blessed with a low ebb of the virus, a development we pray, with Gd’s help, will be permanent. Sadly, shuls in Houston have had to close again because of the virus’ resurgence; we pray HKBH relieves them of their distress and protects us from recurrences or resurgences. I especially hope we each of us have the wisdom to listen carefully for the messages Hashem is sending us, individually, communally, and/or nationally, that we hear the Creator’s call for improvement, and quickly do so, that we may return to times of bounty and joy.

With those reasons, I also did not yet turn to Akedat Yitzhak because I wanted to include a comment by Magen Avraham on Siman 156. For the short chapter, he has an introductory comment, a comment on the text that is a bit longer than usual, and then one where he goes on a tangent that is much longer than usual. It is that last I wanted to get to, probably next time.

The introductory comment points us to Rambam’s Hilkhot De’ot (Laws of Character) for more information on how to construct our lives. As a general principle, Magen Avraham agrees we should take the middle road in our character traits, offering one example, to avoid being too stingy or to spend too loosely (perhaps because it is relevant to business conduct). He also accepts Rambam’s limitation on the middle path, anger and arrogance two traits where we should hew to the other extreme, avoid any amount of either.

For arrogance, he notes that Berakhot 43b lists six types of conduct inappropriate for a Torah scholar. I looked them up: wearing perfume in the marketplace, walking alone at night, wearing patched shoes, speaking with a woman in the market, joining a group of ignoramuses, and being last to the Study Hall. Although specific to a Torah scholar, I think he includes it here because it supports Rambam’s stringent opposition to arrogance and, second, because anyone who can look it up and find it might qualify as enough of a Torah scholar for it to be a relevant standard to consider.

Magen Avraham’s first comment on the text of the Shulhan Arukh focuses on being sure one’s Torah is the essential part of one’s life, not the work. He says it means the Jew should work only enough to make a living, as in Berakhot 35b, where the Gemara says many people succeeded at following the view of R. Yishma’el, working enough to support themselves and also making time for Torah study. (He also tells us to look up Hagahot Maimoniyot Hilkhot Talmud Torah 3;11, which I will leave for another time).

Magen Avraham’s idea raises an interesting question—what counts as enough to make a living? I don’t even mean in terms of standard of living, whether we need to work enough to own a residence, how big or fancy a residence, and all that. Assume whatever standard you find proper, working enough to support that means- -what? If I’ve made enough to pay my bills today, is that what he meant? (I have known people who would take the day or week off if they had a good start to the week.)

At the other extreme, I can imagine someone saying kedei parnasato, enough to support himself, has to include retirement savings, insurance, an inheritance for the children (and grandchildren), and more. A Jew can honestly believe s/he is working kedei parnasato, enough to support him/herself and his/her family, and yet be so caught up in working to have little time for other important involvements.

When I was a graduate student in Jewish history, I was a Shabbat guest at the home of a man only a few years older than me, already very wealthy (in his mid-30s). At some point, he—the businessman– said the only valid lifestyle was to spend all day in Torah study. I, who spent my day with Torah texts (I was studying commentaries on Pirkei Avot), argued the opposite, one could live a more integrated life in service of Gd.

We went back and forth for awhile until, struck by the irony of his position, I asked why he didn’t stop working and study Torah all day. At which point his wife interjected, “well, he has to make a living.”

Kedei parnasato, I am pointing out, is an unusually slippery slope, in a world full of them. As a first step in widening our perspective of a chapter of Shulhan Arukh that reminds us to live as servants of Gd in our supposedly mundane business lives—for Shulhan Arukh, a matter of honesty and care about Gd’s Name—Magen Avraham brings up character, the middle road, and making sure we make money part of our lives, not the whole of it.

Next time, we will see him really expand the role or religion in one’s everyday life.