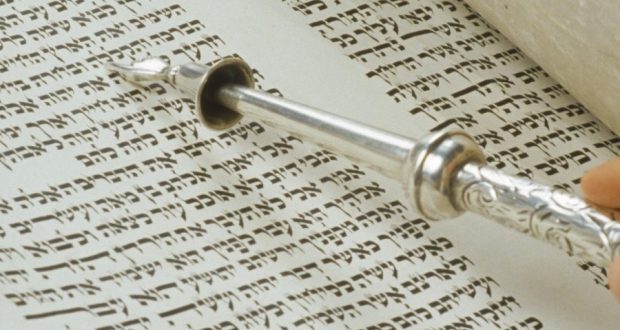 Kri’at HaTorah in the Shadow of Corona

Question: When minyanim are taking place with the permission of health authorities under social distancing rules, what should be done to separate “functionaries”?

Answer: [This is being written as small outdoor minyanim just became re-permitted in Israel, and little has been written on the topic. Health rules may change by the time the column is read, and/or a rabbinic consensus may have been reached. Therefore, we intend to educate regarding the halachic issues, not to try to give instructions, which local rabbis should do based on the best information at the time.]

Our general rule is that practices that are based on minhag, or even accepted halachot designed to embellish tefilla, while normally desired, should be dropped to be as “machmir” as possible regarding safety.

We usually have two (for Sephardim) or three people at the bima (see nice ideas behind it in Shulchan Aruch, Orach Chayim 141:4 and Mishna Berura 141:16). However, the basic halachot of kri’at haTorah do not depend on them.

The Shulchan Aruch (OC 139:11), based on venerable sources, instructs the oleh to hold the sefer Torah or handles (see Mishna Berura 139:35) with both hands during the berachot. Poskim add to hold one throughout the laining (see ibid.). However, this too is not a fundamental requirement.

The main problem is the oleh’s position during the laining. The Shulchan Aruch (OC 139:3) rules that a blind person may not get an aliya because an oleh must read from the sefer Torah. If the oleh just listens, his berachot are l’vatala (Shulchan Aruch, OC 141:2), and reciting without reading it from the sefer does not count. Therefore, getting an aliya from a distance is a serious halachic problem. Technically, people with good vision, using a large sefer Torah, can read from close to two meters, and with masks and the oleh facing the ba’al korei’s back, this seems “relatively safe.” It is even safer if, after seeing the place in the sefer Torah (Shulchan Aruch, OC 139:4) and checking the furthest possible distance, he takes another step back for during the beracha. (Droplet spreading increases when speaking out loud, and during the beracha one anyway does not look in the Torah). Rav Asher Weiss (Corona Teshuvot 23) recommended (before shul closures) an enhancement – make six very short aliyot and give the ba’al korei a very long one. If health experts agree to this, this is optimal.

What if they do not agree and/or your shul lacks “eagle-eyes”? This leaves two possibilities. One is to have the oleh remain at a “mehadrin” distance without being able to read. (This is better (see Rav Asher Weiss, ibid. 19) than what many do in mirpeset minyanim in which olim read without seeing from a different domain.) This is based on the Rama (OC 139:3, arguing, based on the Maharil, on the aforementioned Shulchan Aruch), who allows a blind person to get an aliya. They posit that since the ba’al korei reads aloud, it is enough (and perhaps better – see Beit Yosef, OC 141, discussing the Zohar) for the oleh to listen without reading along. Rav Ovadia Yosef contemplated Sephardim relying on the Maharil when needed (Yalkut Yosef, OC 139:4).

The other possibility is to give the ba’al korei all the aliyot. The Shulchan Aruch (OC 143:5) allows this when no one else is capable of doing an aliya properly. The Mishna Berura 143:33 says that Ashkenazim (Rav Shalom Cohen reportedly agreed for Sephardim) should prefer calling seven olim who stand two meters away (see Rav Asher Weiss ibid. 19, 21).