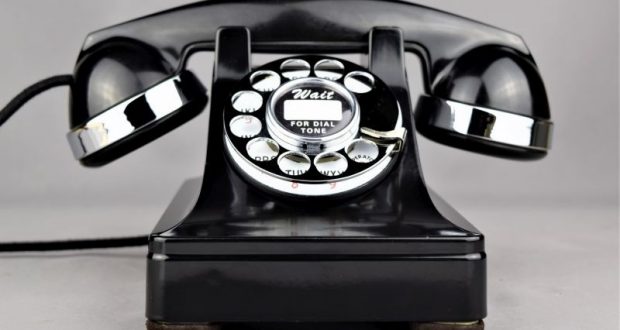 Shabbat Clocks, Electric Lights for Chanukkah, and Hearing Mitzvot Over the Telephone

7 Tammuz: Tzitz Eliezer on Shabbat Clocks, Electric Lights for Chanukkah, and Hearing Mitzvot Over the Telephone

Technology benefits and challenges halachic observance. Shu”t Tzitz Eliezer 20;19, dated 7 Tammuz 5702 (1942) hearkens back to technologies now old hat, but still offer insight into how we can or cannot let such advances impact our practice.

The responsum originated in three issues a rabbi from Montevideo had raised with R. Uzziel (an earlier version was published in R. Uzziel’s own Shu”t Mishpetei Uzziel, as R. Waldenburg notes): 1) Use of a Shabbat clock to turn electricity on or off, 2) Electric lights as a possible way to fulfill the obligation to light Shabbat and/or Chanukkah candles and 3) Hearing Megillat Ester (and other verbal practices, like answering kaddish, Barchu, etc.) by telephone.

This responsum is an updated version of R. Waldenburg’s views.

Setting a Shabbat Clock on Shabbat

The rabbi from Montevideo had apparently argued for the permissibility of adjusting a Shabbat clock on Shabbat itself. The clocks at that time had pins, such that when the clock hit a pin in a different position, the appliance would turn off or on. In this rabbi’s view, at the moment the Jew adjusts the clock, s/he is not affecting anything.

He therefore thought it was the same as setting such clocks before Shabbat, which a sefer called Minchat Aharon (there have been a few, I’m not sure which one they meant) had said wasgerama, indirect causation, and koach kocho, two ways of saying that this was indirect (they’re not the same, but defining the difference would take us too far afield—briefly, gerama means to do something indirectly, whereas koach kocho is where a person causes someone or something else to do the action in question).

R. Uzziel disagreed (sharply, saying the idea should not be uttered, let alone written, should sink away and not be said, a phrase which appears hundreds of times in responsa literature, but only four times in R. Uzziel’s. I suspect he reacted so sharply because he saw this as opening the door to allowing technology to turn Shabbat into a regular day, which he knew must be avoided).

R. Waldenburg comes to support R. Uzziel’s perspective. He argues the moment of adjusting the clock on Shabbat, the Jew is already hastening the event. For other issues, such as damages, halachah views such hastening as a material and direct action making the person who does it liable for the outcome.

Mishnah Berurah 252;5 ruled similarly in terms of opening a dam to let water flow to a water wheel which would power a mill—letting water flow isn’t grinding, yet halachah views the act as such because the water immediately flows to the wheel, which turns the mill, which grinds the flour. The number of steps does not matter if they are all direct and immediate; the person who started the chain is considered the one who did the eventual act.

R. Waldenburg then also questions (he does not reach a conclusion) setting such a clock before Shabbat. A Mishnah on Shabbat 38b tells of people in Teveryah placing a pipe of cold water within a larger stream of hot water; although all their actions were done before Shabbat, the rabbis of the time objected. Tosafot understood the prohibition the Mishnah asserts as a decree to ensure people not come to mix cold and hot water (cooking the cold water) on Shabbat itself.

To Tzitz Eliezer, the logic works better for lighting fires (such as electricity). More, Rambam permits leaving appliances running on Shabbat, meaning they already started before Shabbat [although in Rambam’s time, there weren’t simple ways to delay the start of such actions until later]. Tzitz Eliezer understands Rambam to mean human input ends once the action starts, which is what absolves them of any Shabbat violation.

Where the person’s input has not yet come to fruition might be different. Tzitz Eliezer offers the thought experiment of a man who set a bomb on a timer (or a land mine) which then killed someone—it’s obvious to him the person who set the bomb would be fully liable for murder. To be true, we apparently we see the eventual explosion as directly attributable to him, and he sees no difference for Shabbat actions.

Electric Lights for Shabbat and/or Chanukkah

The rabbi from Montevideo thought electric lights could not function as Shabbat candles because of the (then more common) possibility of a blackout. He cited sources about candles without enough fuel to last until night, but Tzitz Eliezer points out the difference, electric lights have fuel, they only (occasionally) are suddenly stopped. Electric lights also fulfill candles’ main purpose, to foster peace in the home by the presence of the light.

Tzitz Eliezer did raise two doubts. The spread of the light throughout the bulb might make an electric light more of an avukah or medurah a torch or bonfire, than a candle, where Shabbat and especially Chanukkah lights had to be specifically from candles. In another responsum, he had also questioned whether electric light qualifies for the berachah of bore me’orei ha-esh, Who has created the light of fires (because he is not sure we treat the light inside as a fire).

He leaves this question inconclusive as well, with the strong indication he thinks electricity is better not used for these mitzvot.

The Telephone and Mitzvot

The rabbi from Montevideo had published a sefer with his ideas, with one more claim addressed in our responsum. The rabbi thought Jews could fulfill various obligations by telephone or radio. R. Uzziel had already argued against, and R. Waldenburg does not intend to delve fully into it. He does note R. Uzziel’s having also objected to recording Hashem’s Name and/or saying full berachot on a recording (a gramophone, but the point is the ability to replay it).

It reminded R. Uzziel of Sanhedrin 101a, which speaks of those who turn verses of Shir HaShirim into songs, or cite Scriptural verses in bars (when it’s not their time, the Gemara adds). In reaction, the Torah girds itself in sackcloth and stands before Hashem to complain about being turned into a sort of harp to accompany the frivolities of idlers.

R. Waldenburg thinks the idea applies to radio and telephone as well, first because he doubts the person reading into the phone or radio will have the proper awe such observances are supposed to entail. (Among many examples he notes, Tehillim 102;1 describes prayer as tefillah le-ani ki ya’atov, ve-lifnei Hashem yishpoch sicho,” a poor person being wrapped up in his prayer, pouring out his heart to Hashem. The “shir hama’alot mima’amakim, call to Hashem from the depths” mentioned in Tehillim 130;1, too, will not happen to this person [he seems to mean someone performing the action solely for the radio or telephone; we might think it would be different if the broadcaster were also fulfilling this mitzvah for his/her own purposes].

The Geonim gave us their perspective, when chazzanut began to spread. TheGe’onim objected to the shift in focus to the beauty of the singer’s voice rather than the emotions of prayer [I can imagine a good chazzan focuses on being the vehicle of helping the community achieve the proper emotions of prayer, the highest goal of chazzanut].

He offers other examples of concerns about where music might become the focus rather than the prayer itself, to show this is a recurrent phenomenon in Jewish history, one to which he opposes adding yet another example (using the telephone or radio for these observances).

R. Uzziel had said a radio broadcast (or telephone) would not count as hearing the chazzan at all, it’s hearing waves which shape a sound very similar to what the chazzan said. The rabbi from Montevideo accepted what he said in terms of shofar, because the Gemara speaks about hearing the sound of the shofar itself and not an echo. He thought a chazzan would be different.

Yes, worse, says R. Waldenburg. Since the whole point of shofar is the sound, we might have thought the echo (or amplified or radio-waved) version sufficed. Where the obligation is to hear a human being recite certain words, it’s clearer the words must be connected to the person saying them. R. Waldenburg notes Tehillim 115;7 the dead cannot praise Hashem; radios and telephones are dead in the verse’s sense, in that they are not the sound of a human voice.

He’s also bothered by the passivity of the listeners in those scenarios. To hear a chazzan over a radio, like the news or music, means we forget the emotions such words should inspire in us, a song of the heart being poured out to Hashem, a practice with its source in Shemot 23;25, va-avadtem Hashem Elokeichem, you shall serve Hashem, service of the heart.

Listening to the radio does not qualify as service, physical or emotional.

R. Waldenburg offers more objections, only one of which I am going to share. The Montevideo rabbi had cited Sukkah 51, which describes the synagogue in Alexandria as so large the sextons waved flags to let congregants know when to answer amen. R. Waldenburg points out he failed to note Tosafot limited that to Torah reading, not prayer; Shulchan Aruch rules the arrangement cannot work for any obligation the listener hopes to fulfill by hearing this chazzan; and (in Tzitz Eliezer’s view) there, the people were intent on the proceedings, hoping to hear as much as they could from an actual person. As opposed to here.

He raises other objections, but they seem to me to revolve around the lack of the proper respect, seriousness, and awe that should accompany prayer and fulfillment of mitzvot. Aside from this specific question, the reminder that would benefit all of us, that whether or not we are thinking of using technology to help us perform mitzvot, we bring to all our observances the attitude of service and awe that so animated Tzitz Eliezer’s reaction to these suggestions.