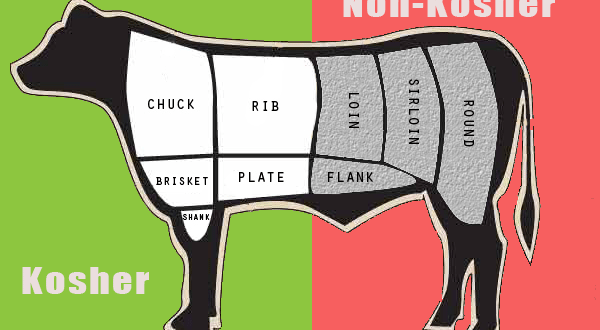 The nineteenth century saw a significant uptick in the number of Jews who had left observance, which creates halachic questions of how observant Jews may interact with them.  Shu”t Avnei Nezer Yoreh De’ah 126, dated 2 Sivan 5656 (1896) discusses a Jew who insisted on meat from the hindquarters of an animal (common practice abjures these parts, source of some of the finest cuts of meat in the nonkosher world, because of difficulties and uncertainties about removing the prohibited parts of the animal, as explained by Rabbi Dr. Ari Zivotofsky).

An employee of this Jew’s would buy meat from both kosher and non-kosher butchers. The kosher ones had assumed her employer was non-Jewish. Having found out he is, they want to know if they’re allowed to continue selling to her, knowing he does not care about making the meat kosher.

Stopping a Fellow Jew From Sinning

Avnei Nezer starts with Shulchan Aruch Yoreh De’ah 151;1, where Rema reports two views about whether Jews are allowed to sell items ofavodah zarah to people who could acquire them elsewhere anyway. While some are stringent, Rema says, custom follows the lenient view.

Sha”ch explains Rema viewed this as a case of trei ibrei de-nahara, literally two sides of a river, shorthand for an important limitation on the prohibition of ifnei iver, of helping a fellow-Jew sin. Wherever a Jew can access a prohibited item on his/her own (chad ibra de-nahara, s/he is on the same side of the river as the item), there is no lifnei iver; only when the Jew is on the other side of the river, with no other way to get it, is there a possibility of Biblical lifnei iver. Some held there was still a Rabbinic prohibition.

Sha”ch disagreed in two ways. First, he thought everyone agreed there is a Rabbinic prohibition. Importantly for our case, though, he argued amumar, a Jew who has abandoned observance, is outside that rubric, has absolved us of the obligation to avoid helping him/her sin.

Later authorities were not sure Sha”ch was correct, although Dagul me-Revavah (better known as Noda Bi-Yehudah; Dagul me-Revavah are his brief comments on Shulchan Aruch) agreed in the case of a mezid, a mumar who deliberately left observance.

Coercing or Refusing to Cooperate

Avnei Nezer reminds us of examples where halachah requires Jews (or batei din, the courts which represent the Jewish community) to force other Jews to desist from sin [the idea runs very counter to contemporary culture’s elevation of individual rights, and is therefore a healthy reminder for us of where our view differs from the broader culture’s].

Vayikra 21;8 tells us to sanctify the kohen (ve-kidashto), such by giving a kohen the first aliyah of the Torah reading and/or by asking a kohen to lead zimmun, the special introduction to birkat hamazon, Grace After Meals, when three or more men eat together. Yevamot 88b understood the verse to also include an obligation to force kohanim to adhere to their priestly obligations. Were a kohen to marry a woman the Torah prohibited him (such as a zonah, who has had forbidden sexual relations), other Jews, represented by the court, would need to stop him.

Ketubbot 88b applies the idea more broadly, courts will and should generally coerce observance of a mitzvah ‘aseh, a mitzvah obligation. Avnei Nezer assumes the same would be true of a prohibition the person has not yet transgressed. Unless we see a mumar as different, we should not be able to sell this meat to a fellow Jew.

We might think our inability to prevent the Jew from obtaining non-kosher meat absolves us of the responsibility to refrain from being the ones to give him the item. Tosafot Shabbat 3a negate this exact point (and are the stringent view Rema mentioned), holding it nonetheless prohibited to actively help the sinner. The obligation to stop another Jew, if possible, means Jews certainly may not help (if we ideally would stop him/her, there’s no way we can help, Tosafot is saying).

Ritva to Avodah Zarah 6b attributes the idea to our sense of arevut, all Jews are intertwined with and therefore responsible for each other. It means we should be trying to help Jews see they should not sin; failing that, it certainly means (to this, the stringent view in Rema) we cannot help them sin, even if they could do it without us.

Where a Mumar Differs

Ritva’s idea supports Sha”ch’s view about a mumar, because Shevu’ot 39a-b infers the idea of arevut from Vayikra 26;37. where the Torah warns that in times of defeat, Jews will stumble ish be-achiv, each man by his fellow. The Gemara takes it to imply Jews will stumble by virtue of their fellows’ sins.

That is only where the other Jews had the possibility of mecha’ah, effective remonstration, which would stop the other Jew. Where no intervention would have helped, we have no reason to think other Jews bear any culpability.

As more evidence, we allow lending to a mumar at interest, based on a view of Ramban’s reported by Ba’al HaTerumah, a mumar is not considered achicha, your brother (Devarim 23;20-21 prohibits lending at interest to achicha). True of achicha there, it fits the verse in Vayikra as well, we will not stumble for the sins of a mumar, who has sundered him/herself from Jews usual interconnection, arevut, for and with each other.

Mumar as a Sort of Non-Jew

Some authorities did not accept the idea of lending a mumar at interest, which means we also do not know s/he is not achicha for arevut. For them,Avnei Nezer points to Maharal, who noted arevut began once the Jewish people entered Israel. The interconnection continues after the exile, although only for those Jews who are part of the Jewish community.

Jews remain Jews no matter how much they sin, yet halachah also treats mumarim like non-Jews for certain purposes. Avnei Nezer gives examples: we treat wine a mumar touches as if a non-Jew had done it; we assume Pinchas would have killed Zimri for having sexual relations with a mumeret, just as he did for having relations with a Moabite; many authorities hold a widow need not worry about yibum or chalitzah if the only surviving brother is a mumar (because he doesn’t count as a marriage option); and Derishah to Yoreh De’ah 139 held if an object of idolatry created by a mumar becomes prohibited upon completion, whereas a Jew’s made object of idolatry becomes prohibited only once it’s used.

The examples allow us to assume we would be required to keep mumarim out of Israel. Shemot 23;33 tells us we may not have non-Jews in Israel lest they cause/lure Jews to sin, and the same worry fits for a mumar. Excluded from residence in Israel, the arevut Maharal said was created by living there also goes away. [Avnei Nezer’s creative reasoning highlights continuing questions about how we balance our belief Jews are Jews forever with the extent to which those who have rejected the religion have also somewhat excluded themselves from the nation; my teacher, R. Aharon Lichtenstein zt”l discussed some issues in “Brother Daniel and the Jewish Fraternity,” an article in Leaves of Faith II].

Making It Inaccessible This Day

Back to our mumar in search of hindquarters, He could buy elsewhere, except all the butchers in his town are Jewish, meaning that day he could not; he’d have to send to another town or city, which would take a day or more. For that day’s food, it’s like “two sides of a river,” where classic lifnei iver applies. True, the mumar will likely make other plans after the first time they refuse to sell to him; for that first day, they’re selling him meat he could not get.

[Avnei Nezer seems to think the local butchers could sell to him any time he can get from outside of town. Any day he cannot, it’s again a lifnei iver problem. Perhaps Avnei Nezer would have said that any time he comes to them, it means he doesn’t have what he wants of the meat he got from out of town, and right then it’s inaccessible].

Refusing to sell to him might lead to worse problems, because he might buy pig, for example (it’s not clear why pig was available if all the town’s butchers sold kosher meat) and pig is demonstrably worse than ordinary non-kosher meat.

The questioner had suggested the possibility of making the meat kosher (by nikur, removing all the prohibited parts) allows the butchers to sell it to the mumar—they would be selling meat he could make kosher, and need not worry about whether he will. This was an idea raised about those suspected of eating meat or fowl without proper slaughter. Since the buyer could slaughter it, there might be no prohibition against selling to him/her.

Avnei Nezer points to Rashi to Shabbat 90b, who thought giving meat still requiring slaughter to a minor was not allowed, for fear it will get eaten without that slaughter. That’s all the truer for meat which needs nikur, a more complicated process (it’s those difficulties that led most Jews to refrain from using animals’ hindquarters for kosher meat).

A Last Stab and a Conclusion

Shu”t Chavvot Yair 185 offered one more possible avenue to allowing the sale, that the butchers were selling to a housekeeper, not themselves giving it to the sinning Jew. Avnei Nezer concedes the Gemara includes such an exception, but only for selling it someone we suspect might sell or give it to another Jew. If the non-Jew will definitely give it to the sinning Jew, he holds it to be prohibited, is as if we’re selling it to the mumar himself.

He does accept one leniency, to sell kosher parts from a terefah animal, an animal which turned out to have a mortal wound (it’s unclear why the mumar would accept it, obsessed as he was with hindquarters). Terefah meat involves fewer and less serious prohibitions than hindquarter meat (which has prohibited fats, a karet offense) or the pig he’d otherwise buy, this seems sufficiently the lesser of the evils these butchers are facing.

A very specific case, it raises many of the important issues that come up as observant Jews struggle with how to deal with those who have left the community, in part or in whole, an issue with sadly continues to challenge observant Jews today.