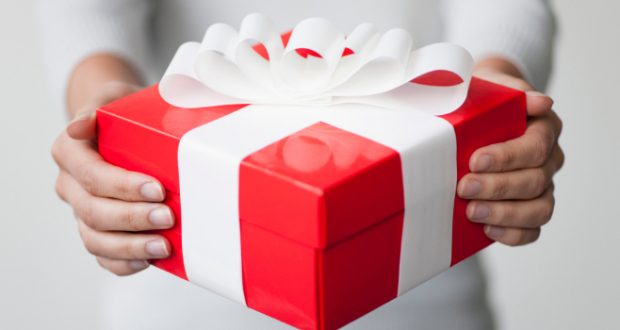 A Gift of Land

9 Sivan: R. Uzziel on a Gift of Land to a Now-Divorced Wife

Aside from the sadness in the break-up of a marriage, hard monetary questions can remain [and, as bears repeating, neither side is necessarily malicious—each may truly believe the claims they are making]. Complicating matters, the Gemara’s assumed financial arrangements do not always reflect the assumptions of people today. Shu”t Mishpetei Uzziel 4; Choshen Mishpat 32, from 9 Sivan 5697 (1937) takes up an example, where exes disagree about the role of a particular piece of property in the support of the ex-wife and daughter.

[Responsa like this remind us divorces—contentious divorces– have always been around; to a lesser extent, maybe, or in slightly different forms, but they’ve always been there].

During the marriage, the husband gave his wife a house (as an investment property); he wanted the rental income to count towards his obligations to support them. The woman of course says it’s already hers, where he owes her support from his possessions.

The Finances of Marital Gifts

Baba Batra 51 says a field a man sells to his wife belongs to her. We need to remember, though, the Gemara assumed the husband has the right to all income from his wife’s property for the duration of the marriage [the Gemara thought this to her benefit, and left her the right to renounce it, a topic we do not need to explore further here]. If he gifted her the field, he does not have any continuing rights [I stress this was what the Gemara assumed; we will see how R. Uzziel applies the Gemara’s assumptions to his reality].

Rishonim explained the distinction between a sale and a gift differntly. Rashbam ascribed it to noten, be-ayin yafa hu noten, someone giving a gift does so generously, which would mean the husband would include all rights to the land in the gift, including the current income.

Rabbenu Yehonatan instead thought she did not receive the income as part of the sale because she did not make a condition of it. Her silence tells us she was comfortable with the usual arrangement in which he received the income.

With a gift, there is no reasonable expectation she would make a condition, which is why we do not interpret her silence as assent [note how Rabbenu Yehonatan interprets her silence differently depending on how much we could expect her to speak up].

R. Uzziel thinks Rashbam did not mean the income is completely hers—the husband is generous with his gifts, not that generous. He thinks Rashbam meant the income would be used to purchase property (as happens in other cases in the Gemara; the purchased property would belong to the wife as well), and the husband would get the current income from the second property.

Rabbenu Yehonatan, who focused on intent, would disagree and see the income from the gift property as completely hers (Ra’avad seems to have agreed).

Limits on the Wife’s Ownership and the Husband’s Intentions

R. Uzziel now quotes the views of two Tosafists, who more explicitly adopt the view he imputed to Rashbam. Rabbenu Tam limited the wife’s ownership in that she cannot sell or gift the land to someone else, while Ri said exactly what R. Uzziel understood Rashbam to mean, the income is hers only to buy other property, the income from that property going to the husband.

The two certainly agree the gift does not yield all the rights in the land to her. They’re not arguing, they’re giving two different ways in which her rights are limited, which is how Shulchan Aruch Even HaEzer 85;7 could codify both conditions.

R. Uzziel also prefers Rashbam’s view, our question is how full a gift the husband intended to give. Rabbenu Yehonatan focused on what she was thinking, where it’s the husband giving the gift, says R. Uzziel.

Rema rules, Shulchan Aruch Choshen Mishpat 207;4, devarim she-ba-lev, unstated assumptions, matter to gifts, not to sales. R. Uzziel says sellers receive money for their item, leading us to believe they conceded whatever condition they might have hoped to include. With gifts, where the giver receives nothing in the moment, we take account of implicit conditions [of course, we’d need proof the giver really was thinking whatever condition s/he claimed; context can frequently provide sufficient evidence of that].

Some disagree, R. Uzziel thinks because of a particular detail of the case, the gifts being discussed there are between parties with no continuing legal connection. The husband, in contrast, will continue living with his wife, their finances still intertwined, itself evidence he did not mean to remove the item fully from his financial orbit.

Where the Husband Goes Farther Than Usual

The model set up so far runs afoul of another ruling in Shulchan Aruch Even HaEzer 118;10, a creditor who lent money to a woman after the marriage could collect from gift property the husband gave her. We’ve been saying those gifts do not make her the full owner, which should give the husband the power to stop the creditor from taking it as well. Commentators had noticed Shulchan Aruch denies her the power to sell or gift the land, but does think a creditor can take it.

Chelkat Mechokek suggested the husband’s ownership is too distant (perei perot, income from the land purchased with the income) to interfere with a creditor recovering money owed him. R. Uzziel ascribes it to a different idea, based on Shulchan Aruch’s source, a responsum of Rosh’s.

Rosh stressed the husband had written the usual language of gifts, and witnesses had warned him giving to one’s wife was like giving it to a passing traveler, meaning it would be a complete gift, he retaining no rights. He would receive second-order income, with no other hold on the gift.

His lack of protest signals acceptance, a concession she is the new owner, which brings shi’abuda de-Rabbi Natan into play. R. Natan held, and halachah accepted, any money given to or owed a debtor automatically becomes the creditor’s.

Rosh now fits with what Rashba and Ritva had previously said, the husband can give or withhold rights within gifts he gives. Where he gives her full rights, shi’abuda de-Rabbi Natan is tripped, letting the creditor take the land as payment.

Without the husband’s explicit consent, we are required to assume he intended to hold on to some of his rights, especially to that second order income.

Back to Our Divorcees

Returning to our original divorced couple, the question becomes the kind of gift he intended to give. The ordinary governmental deed for such gifts transfers complete ownership, which would leave him no benefits from that house. Were he to have also given an halachic deed, he would have indicated he meant to restrict this gift to the extent usually defined by halachah.

In such a case, any rental income would have to be given to a trusted third party, who would purchase another income producing investment (the assumption is land), the income from that going towards the financial support he owes her.

Gifts can be completely guided by the assumptions of the Gemara, partially so, or not at all, depending on the indications of the gift-giver. Even if later on the parties disagree as to what those intentions were.