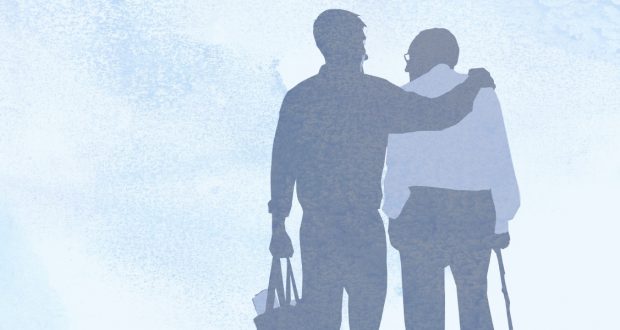 The Obligation to Honor Parents: Limits and Extensions

11 Iyyar: Tzitz Eliezer on Limits and Extensions of the Obligation to Honor Parents

Among other values, halachah reminds us of the limits of human intuition, the advisability of turning to a more objective source of insight than whatever we happen to think. Shu”t Tzitz Eliezer 12;59, dated 11 Iyyar (without a year), offers an enlightening example on a particularly thorny topic [I hear; not that I have any personal experience], problematic parents.

The mother of the man who approached R. Waldenberg had lost her senses, and was prone to disturbing and disruptive outbursts. A doctor had recommended tying her to a chair, and the man wanted to know whether the obligation to honor and fear our parents left room for him to follow the doctor’s advice.

Kiddushin 31b tells of R. Asi’s struggles with his mother. She first asked him for tachshitin, usually translated as jewelry. He made her some (which I think suggests it actually means spices and perfume, but that’s for another time). Then she said she wanted a man to marry, and he agreed to look for a match for her. When she added that she wanted someone as handsome as R. Asi himself, the Gemara tells us he left her and went to Israel.

Tosafot Ri HaZaken thinks her request to marry someone like R. Asi showed she had lost her mind (back then, there was little chance a woman her age would find a suitor of his age), and ran away because he knew he could not fulfill his obligations towards her.

Rambam, Laws of Rebellious People 6;10, infers a more general lesson about how to cope with parents who have lost their minds. We try to work with them in the hopes they will recover, but if it becomes impossible, we leave the scene and arrange for others to care for them appropriately [Rambam added this; the original story does not mention R. Asi having found someone to care for her, as we will see].

Finding Our Way to a Ruling

Ra’avad disagreed; if the child abandons the parent, who will replace him/her?

The codifiers split on the issue as well. Tur Yoreh De’ah 240 mentions both views, where Shulchan Aruch records only Rambam. Others side with Ra’avad, with various justifications. Ba”ch thought R. Asi’s problem came because his mother had not shown herself incompetent. Only in that case did R. Asi bear an obligation to attempt to follow her order; knowing it was impossible, he ran away.

Demented parents (the topic of debate between Rambam and Raavad) are different, according to Ba”ch. Loss of halachic competence ends the obligation of obedience, in Ba”ch’s view. The child could then fulfill his/her ordinary kavod obligations (feeding, clothing, caring for the parent’s needs) with no worry about incurring liability for ignoring orders. The immunity from liability also removes the right to abandon the parent.

Derishah (and Taz) read Ra’avad differently. Derishah noted Ra’avad’s focus on who could be found to care for the parent, which he takes to mean the child is uniquely and irreplaceably qualified to understand/ anticipate the parent’s needs.

[Ba”ch and Derishah came at Ra’avad from almost opposite directions—Ba”ch understood R. Asi’s mother to have been still mentally competent, where Derishah took her to be excessively demented. With an ordinarily demented parent, Ba”ch thinks the child can provide care while ignoring requests/orders where needed, while Derishah thinks the child is best positioned to work with the parent for as long as possible].

R. Waldenberg thinks the key to understanding Rambam’s view—and as to why he did not rule as Ra’avad had—lies in a word Tur and Shulchan Aruch omitted [which interestingly assumes they missed a key implication of Rambam’s, but he does not stress the point]. Rambam wrote the child has to find others to care for the parent as appropriate lahem, to them. Tur and Shulchan Aruch said only “as appropriate.”

R. Waldenberg thinks Rambam meant to imply our case, where the parent needs kinds of care prohibited to a child, such as restraining or even hitting them. Since Torah law bans the child’s ever acting in such ways towards a parent—even for the parent’s benefit—the child should leave the scene, and find others to do what’s needed.

His reading answers all the problems raised by Ra’avad and those who adopted his view. Rambam was noting the gap between what might qualify as proper medical care and what the Torah allowed a child. The parent/child relationship limits what the child can do to and for the parent, without regard to the benefit to the parent.

Radvaz and Aruch HaShulchan say so explicitly, others should care for the parent because harsh speech or physical punishment may be necessary, modes of treatment the child may not enact, regardless of how beneficial they would be. [We’ll leave the medical analysis for some other time; people today would reject the accuracy of Radvaz’s view of the efficacy of harsh words and/or hitting a person].

The insight leads R. Waldenberg to suggest Ra’avad and his followers would have agreed. We know from other areas of halachah a child is not allowed to be the one to carry out court-mandated punishments on a parent. When a court decides a person deserves lashes or death, the person clearly should receive the punishment, yet the child may not be the one to administer it.

More, Rambam and Shulchan Aruch held a child may not perform bloodletting or amputation for a parent, as long as anyone else is available (were there no one else, the situation would become pikuach nefesh, saving a life).

Clearly, then, the child cannot tie a parent to a chair, medically indicated as it may be. Rather, the child must arrange for those medical needs to be handled by qualified others.

Honoring an Older Sibling After Death

In a postscript, Tzitz Eliezer takes up R. Akiva Eiger’s responsum 68, where he contrasted Kiddushin 31’s requirement to honor a parent after his/her passing with Ketubbot 103’s freeing a person of the obligation to honor an older sibling in the same situation. Since honor to a brother is a subsection of the overall kibbud the Torah tells us to extend to parents, R. Eiger wondered why death ended the older brother aspect.

R. Eiger argued there were two kinds of honor to parents, those which directly uplift or elevate the parent and those which give the parent pleasure or satisfaction. To say “my father, my teacher” still elevates his reputation, and is therefore a relevant form of honor even after the parent has passed away. Honoring an older sibling was always a matter of giving gratification to the parent, who sees his/her family working well together.

The Widow Isn’t the Son

R. Waldenberg spots a weakness in the analysis. Ketubbot specified only a father’s wife (who is not the child’s mother) as no longer having a hold on the child’s honor after the father’s passing. R. Eiger generalized to other people, such as an older sibling, but R. Waldenberg thinks the rule stemmed from death’s ending the marriage, a sort of divorce (the widow may marry someone else, for example, so she’s clearly no longer married to the father). If so, the older brother might still have the right to honor, as an extension of the father.

Rambam (Laws of Rebellious Ones 6;15), too, exempted the child only from honor for the father’s widow after his passing, and Minchat Chinuch (whose comment on the topic Tzitz Eliezer saw only after coming up with the idea himself) says exactly what he had.

Shu”t Kenesset Yechezkel (who preceded R. Akiva Eiger by a century) thought Rambam and Ramban disagreed on the reason for the obligation to honor an older brother, which would have ramifications for our question as well.

R. Waldenberg does not understand how R. Akiva Eiger did not mention any of this. Regardless of the closing conundrum, his overall position here is clear: children may not violate the norms of kavod and mora, honor and awe/fear, despite a medical need. They should hire others to do the necessary (filially contraindicated) work.