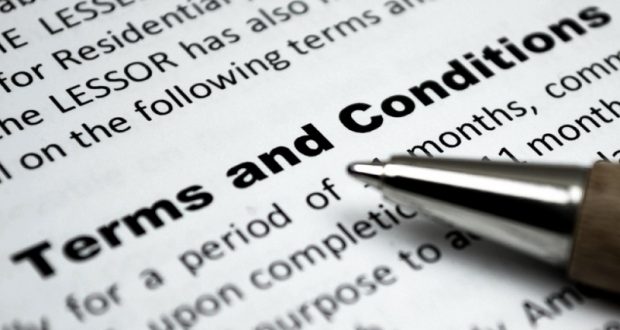 Responsa usually look for the correct halachic response to a specific case. Much of the business of halachah, however, happens in the abstract, where scholars tease apart Talmudic passages and their halachic ramifications, whether or not they will later arise in practical circumstances. Shu”t Mishpetei Uzziel 4;Choshen Mishpat 34, dated 17 Iyyar 5692 (1932), offers a good example.

R. Uzziel was writing R. Yitzchak Hutner to congratulate him for his sefer Torat Ha-Nazir (R. Hutner became most well-known as Rosh Yeshiva of Yeshiva Mesivta R. Chaim Berlin in Brooklyn; he had however studied in Israel, and for some time considered R. Kook a mentor. He may have known R. Uzziel personally.)

After congratulations, compliments, and good wishes, R. Uzziel takes up one of the issues dealt with in the book, as a way of engaging the young author on issues of Torah.

“On the Condition,” Condition or Exclusion?

R. Hutner had cited Taz, Yoreh De’ah 61, who questioned Rambam’s position as to the effect of a seller’s limiting a sale by saying ‘al menat, on the condition x (in these cases, on the condition the buyer does not take x). In the Laws of Nezirut and of Bikkurim, Rambam sees the words as creating a condition needed to validate the sale. Yet in Laws of Tithes, Rambam reads ‘al menat equally clearly as a shiyyur, meaning the items named are not included in the sale at all. If the buyer does take them, he would be taking property which in no way belongs to him. Also a problem, but a different problem, the sale would still be valid).

Later readers of Rambam’s assumed he thought ‘al menat was one or the other, and sought reasons for why he would treat certain cases as exceptions.

For example, Shach Yoreh De’ah 61;18 differentiated land from movable property. With land, Baba Batra 63 upholds a Levi’s ability to retain the rights to the tithes from a field he sells, because the land which will grow those tithes never switches hands. A kohen selling an animal could not as effectively retain the rights to the matnot kehunah, the gifts a Jew who kills an animal to eat it must give a kohen, because he is handing over the entire animal to the other Jew. The impossibility of seeing the kohen as retaining it means it must be a condition.

Taz pointed out Shach’s faulty assumption. Handing over an animal to someone else need not mean a transfer of ownership, and selling an animal to someone else need not affect the whole animal (everyone agrees an owner can sell half an animal, and then hand it over for the new half-owner to use in some way). R. Uzziel agrees, which would mean the kohen should have been able to omit the matnot kehunah from the sale, rather than just making those gifts a condition.

Worse for Sha”ch’s view, several sources make clear ‘al menat is a condition. Rambam to Laws of Nezirut assumed it, and Shulchan ‘Aruch Choshen Mishpat 209;5 said it clearly. There, a seller required the buyers to pay an annual fee, using the words ‘al menat (“I am selling you this field ‘al menat you pay me x amount each year’). Shulchan Aruch says the seller has made the sale dependent on the fee, so lack of payment would retroactively nullify the sale. Dependence and nullification happen when conditions of sales are not met, not when someone wrongly takes hold of property never included in the sale.

Stories of a House

R. Uzziel knows of a counter-case, where ‘al menat clearly functions as an exclusion, but explains it away [whenever halachah provides examples for either side of a question, a common approach is to define one side of the issue as the correct one, and dismiss the examples the other way as exceptions]. Choshen Mishpat 212;20 speaks of a man who sells a house on condition the top story is his. We assume, Shulchan Aruch says, the man intended to retain enough rights to the courtyard to have air rights extending off of his story of the house. There, he clearly means ‘al menat as excluding some item from the sale.

R. Uzziel says the house is different, because the seller was defining the sale as not applying to the top story. In addition, he says, the seller should never have needed to make a condition, because the top story of the house was already his [he could have said, “I’m selling you the bottom stories of the house,” and the top would never have been part of it; this is just another way to say that.

R. Uzziel does not explain further. As stated, his answers seem to apply just as well to a kohen selling an animal with the hopes of retaining the matnot kehunah. Current owner, he could exclude them from the sale in the same way as the house. I think R. Uzziel meant the top story of a house is more recognizably distinct from the rest of the house than are the tithes of a field or the parts of an animal.

Fields and/or animals are basically one unit, out of which a seller may try to carve exceptions. In a house with stories, similar to a two or three-family house today, each floor was already seen as separate and distinct.]

Shulchan Aruch wrote “amrinan, we assume” the seller retained rights to the courtyard, which hints to R. Uzziel these are not the usual workings of ‘al menat. Ordinarily, the phrase creates a condition, but the particulars of holding on to the top story force us to construe the phrase in an unusual way.

Conditions Which Contradict the Torah

I’m skipping much of the back and forth because it delves too deeply and does not draw conclusions. One interesting idea comes from Nesivos Ha-Mishpat212;4, who claims holding onto the matnot kehunah, the priestly gifts from a slaughtered animal, constitutes matneh ‘al mah she-katuv ba-Torah, trying to make a condition counter to what the Torah said [the Torah wanted the owner of the animal to gift a kohen, this kohen is trying to take them ahead of time].

It’s a problem for the kohen but not the field, explained Nesivos, because the animal was being sold for slaughter. The kohen’s retention of the gifts can therefore not be seen as anything other than subverting the matnot kehunah process the Torah instituted. For a field, the necessity of giving any tithes to the Levi who sold it does not constrain the new owner as much. He can plant crops which do not have to be tithed, or can harvest the field in a way which exempts the produce from giving tithes.

Where the condition involved does not absolutely force neglect of what the Torah wanted, Nesivos (and Kereisi U-Pleisi, says R. Uzziel) see no problem of matneh ‘al mah she-katuv ba-Torah, making a condition to go against the Torah.

Another example of matneh ‘al mah she-katuv convinced Rambam we treat ‘al menat as a condition. A Mishnah on Nazir 11a speaks of a person who undertakes to be a nazir ‘al menat s/he will be allowed to drink wine. The Mishnah says the vow takes effect, the person is now a nazir, sans the condition, which attempted to go against what the Torah said.

The reasoning only makes sense if we see ‘al menat as a condition. Were the potential nazir to have meant “I will become a nazir to the exclusion of the rights over my wine-drinking,” s/he would be trying to create an institution which does not exist. Only because ‘al menat is a condition can we treat it as an instance of a person who make conditions which run counter to the Torah—in all such cases, the condition is invalid and the transaction goes through.

With ‘al menat defined as a condition, R. Uzziel explains there are nevertheless cases where it excludes (which is why we would see different indications in Rambam’s rulings). The Levi selling a field phrased his ‘al menat as addressing the field, whose tithes should be his, rather than saying the new owner would be obligated to give him the tithes.

Since the parts of the field can be seen as separate and independent—each part can grow its produce without direct assistance from any other parts (this part of the responsum convinces me I was right to read his earlier comments about the top story of the house as differentiating it because it is separate from the rest of the house)—we see the Levi as having told us he wants the sale to go through, with a tenth of the field left for himself.

Ramban in Laws of Tithes 6;7 says as much, where he explains the Levi’s ‘al menat as being as if the Levi said he was holding back the place where the tithe grew. For just about all other cases of ‘al menat, though, we hear the words as a condition of the sale, such that failure to fulfill the condition will nullify the sale.

The kohen could have kept the parts of the animal which will eventually become matnot kehunah, but did not. Since he referred to the gifts given after the animal has been slaughtered, his words do not take effect until after the shechitah. At that point, the owner of the animal (who until that moment had full ownership of the whole animal) has a Torah obligation to give gifts, not have them automatically revert to the seller kohen. Had the kohen instead said, “I am selling you all the parts of this live animal other than those which would have become matnot kehunah,” R. Uzziel thinks he would have succeeded.

‘Al menat is a blurry phrase, we find out, as are conditions. Most often, conditions are addenda to transactions, putting a codicil on an agreement. Occasionally, circumstance and phrasing have it mean to leave an item out of a transaction completely, with a much different effect.