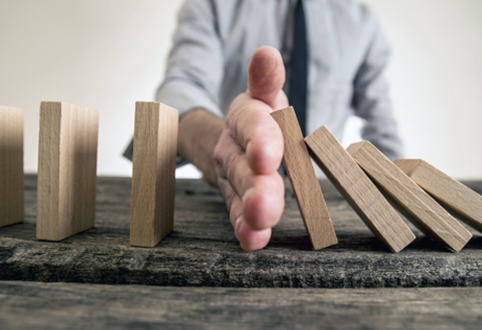 Two Arguments and How Chatam Sofer Refrained from Mixing In

2 Adar: Two Arguments and How Chatam Sofer Refrained from Mixing In

On two occasions on the 2nd of Adar, in 1813 and 1830, Chatam Sofer wrote letters to explain his resistance to weighing in on a far off dispute. Instead of taking them chronologically, I will follow the order of his publishing them. The first, in Shu”t Chatam Sofer 1 (Orach Chayim); 13, addressed the chief rabbi of a certain region, who wanted to bequeath the position to his son.

The first part of Chatam Sofer’s answer takes the man to task for approaching him. The man had apparently asked him to say Judaism gives a son preference for his father’s position (as long as the son is qualified, a standard too loose to be useful).  Chatam Sofer says, first, he could not consider acceding to the request unless he was asked his view by:  all the parties to the dispute (which he considers unlikely, since why would the rabbis of that region turn to him); the non-Jewish government asked his opinion of the halachah (again, unlikely); or this rabbi receives a ruling from someone more involved in the case, telling him he needs to gather testimonies.

For the last possibility, Chatam Sofer makes a point of his desire to avoid giving the impression he is mixing in to an argument not his business. His insistence he will not mix in also explains his confidence the other rabbis would not turn to him.

At first glance, I think: why wouldn’t they turn to the Chatam Sofer? Perhaps he was saying it this way to make clear to his questioner he does not see anything in the issue which requires significant outside input.

Since he was approached, however, he shares his view, probably to the man’s chagrin.  He’s had similar cases locally, and has always ruled the son has no special claim—the community should give the son the position if and only if he’s the best candidate. Chatam Sofer limits his view to positions which center fully around Torah—I do not have the space for his full analysis, but he differentiates Torah-only positions from ones with an element of royalty (such as head of the Sanhedrin, in a time when the political leadership of the people had been taken from the House of David), or of communal service (the town or shul rabbinate in his time might be bequeathable, since such rabbis do more than teach Torah).

Rambam and Rema meant those latter kinds of positions when they ruled the son must be given the job as long as he is qualified.  The same would not apply to a job solely focused on teaching Torah, especially since people learn best from some teachers and not others, depending on factors which cannot be exactly quantified.

In the case at hand, the appointment was for regional chief rabbi, which elevates the appointee above all the other rabbis, requiring them to consult with him on policy issues.  For Chatam Sofer to decide who was greater would be an intolerable insult to the other rabbis.  To reach a determination, therefore, requires moderation and great wisdom.

Not Getting Involved, at Greater Length

Shu”t Chatam Sofer 4 (Even haEzer 2); 136 again has R. Sofer resisting ruling on a case, this time with more particulars. He and his correspondent already know the facts, leaving us to discover them as we go along (which made it more interesting for me, as I hope it will for you).

Another scholar, whom Chatam Sofer esteemed, had passed away while dealing with the case, already having made clear his disinclination to believe a woman’s claim she had solid reason to believe her husband had passed away.  Chatam Sofer starts with a disclaimer, he cannot imagine he will find a way to justify her remarriage when many important Torah scholars had already reviewed her case without finding such room.

What constitutes a well enough established fact is the linchpin of the case. Some sources (such as Rema to Shulchan Aruch Even haEzer 17;8) seem to dispense with questioning the witness to a husband’s death, even if s/he is readily available.  As long as the woman believed this witness, the court needed only to believe a witness had told her husband had passed away.

Chatam Sofer disagrees, thinks the sources from which Rema drew his ruling referred only to where the witness was not around. Should the witness change his/her story, Chatam Sofer does concede she need not pay attention (since witnesses cannot recant in halachah).

Why Are Women So Readily Believed About the Deaths of Their Husbands?

As we have seen it so far, the case is relatively straightforward, raises an interesting but somewhat technical question of whether to believe an ‘ed mi-pi ‘ed, a person reporting what a witness said, in terms of allowing widows to remarry.

Human interest now enters the story. We might ordinarily believe the wife without the witness appearing in court for one of two reasons, says Chatam Sofer: we trust women’s care in choosing to believe a witness, either because they know a lie will be exposed (e.g., when the first husband comes back) or because the consequences are so serious—if he comes back, the woman would be unable to stay married to either man, and any children from the second marriage would be mamzerim, permanently and perpetually prohibited from marrying ordinary Jews.

Now we find out the woman had already remarried once, was separated from that husband by a beit din, a rabbinic court.  To be clear: there is one standard in halachah for ascertaining a man passed away and his wife may remarry. Before a court would force her to leave the second husband, they would have had to determine she had no basis for believing her first husband had passed away.

Her previous actions complicate the story. We can no longer believe her claim to have heard a witness say her husband passed away, because she has shown her disregard for both the worries the Gemara said would stop her from overhasty remarriage. She has already remarried once with blatantly insufficient information, without care for likely eventual exposure or the consequences of an unacceptable second marriage.  With no clear reason or way to now believe her (and the witness apparently now saying something different than she claims she was told), Chatam Sofer advises she go to where the man had reportedly passed away, where she has a chance of finding two witnesses to the events. Two (male) witnesses establish halachic fact, despite her history, and she will be able to remarry.

The Merry Widow was the Wife of a Torah Scholar

We’re not done with surprises. Until this point, we would have been justified in thinking the responsum was about how to determine whether a man has passed away, when we do not see sufficient evidence to justify his wife’s certainty. Here, at the end of the responsum, Chatam Sofer returns to the chiding mode we saw in the first of our 2 Adar responsa.

His correspondent, we now find out, has taken possession of the woman’s clothing (presumably, because they are part of the missing husband’s estate, and he is the executor; since, in his view, she abandoned the missing husband improperly, he can withhold financial support), leaving her to walk around in tatters.

In such situations, we are supposed to find compromises, not stand on the letter of the law, says Chatam Sofer, especially since (wait for it), the woman is the wife of a talmid hacham, a Torah scholar! Meaning, the woman who a few lines ago seemed to be almost an adulteress or worse for her rush to remarry, we now find out, was struggling with the loss of her recognized Torah scholar husband. And, Chatam Sofer says, as the presumed widow of a Torah scholar, she deserves to be treated with respect, if only for the sake of the deceased’s memory.

If the two sides insist on a court case instead of a compromise, they can both write to him (instead, as he admonishes the respondent, of sending him all his arguments without any counterbalancing ones from the other side; [as it happens, this past week’s parsha contained the command mi-devar sheker tirchak, which halachah takes to prohibit a judge from hearing one side’s claims in the absence of the other]), and he will decide for them.

Two interesting cases where Chatam Sofer wished to be less involved, not more, where he thought strict halachah was less the route to go than one which found compromise and built peace among his fellow Jews. A timely message for Adar and (eventually, since there are two Adars this year) Purim, when Jews also found and seek to foster national unity.