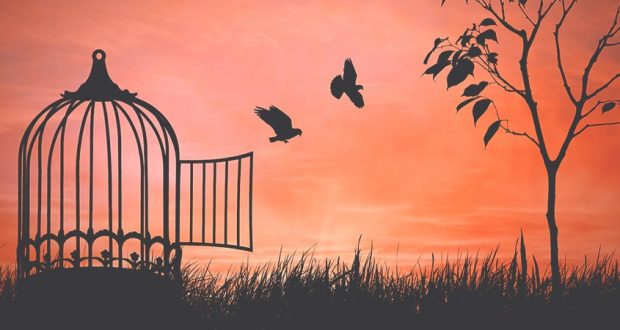 Posted by: Gil Student in From The Hashkafah Files, Magazine, Musings, Posts Mar 5, 18 0

I. Freedom of the Will

Pesach is the holiday of freedom, when God redeemed us from slavery. But has that freedom continued with us, even after we subsequently were oppressed and enslaved? The answer goes to the very nature of freedom in the modern world and in contemporary insular Jewish communities.

The center of the Western world is the individual. In theory, everyone can choose his own path, decide his own destiny, regardless of parents or community. Reality is much more complex but the concept of individual choice still guides our world. Rav Nachum Rabinovich (Mesilos Bilvavam, pp. 26-28) sees this as a positive development.

Rambam (Mishneh Torah, Hilkhos Teshuvah 5:3) describes free will as “a great principle, a pillar of Torah and commandment.” In his belief in radical freedom of the will, he argues that a person is free to choose regarding any mitzvah or prohibition. The Sages teach that “everything is in the hands of Heaven except for fear of Heaven” (Berakhos 33b). Rambam (Shemoneh Perakim, ch. 8) sees this as a broad statement of a fundamental approach to the world. Anything that requires fear of Heaven — any mitzvah to perform or prohibition to avoid — rests completely in our personal choices, without divine coercion.

Rav Rabinovich argues that the modern world affords people truly free choice. In prior eras, governments and communal officials could enforce religious standards through fines and physical force. That increased religious obedience but at the expense of free choice. Today we experience less obedience but the obedience is freely chosen. Eventually, Rav Rabinovich believes, more people will see the truth and beauty of religion and voluntarily choose to observe it.

While Rav Rabinovich’s vision is inspiring, I think it might be overly optimistic. I am not convinced that history progresses solely in positive directions. It is true that government coercion has proven time and again to be a platform for corruption and abuse. However, in the modern Western world, the pendulum may have swung too far, focusing too much on the individual and not enough on the community. There is more to say on this subject, for another time.

Even today, people born into Orthodox communities are socialized to observe the commandments. Many people unthinkingly follow what they are taught, living a Torah life out of habit. Social pressure, rather than government threats, force people to conform to a Torah lifestyle. Where is their free will? Some insular Jewish communities erect large barriers, so that family and community pressure effectively coerce people into living an observant life. The costs of abandoning a Torah lifestyle are so high that many feel forced to conform. Where is their free will?

I believe an answer can be found in Rambam’s discussion of the purpose driven life (to use a contemporary phrase). In the fifth of his eight-chapter introduction to Pirkei Avos, Rambam explains that every action in life can be uplifted when performed with the goal of achieving religious completion. If we eat and exercise so we can be healthy and worship God, the eating and exercising become religious acts. But if we do them for other reasons, such as satisfying our desires, they become animal acts.

Most things we do in life lack inherent value. If we add spiritual intent to mundane activities, we transform them into religious acts. It is rare for someone to live on such a high spiritual plane so that all his actions are uplifted in this way. It takes unusual dedication and selflessness. However, everyone can raise some of their actions, adding holiness to their lives. Elsewhere, Rambam expands this message.

In the last Mishnah in Makkos (3:17), R. Chananiah ben Akashiah says that God wanted to give merit (or purify) the Jews. Therefore, He gave us Torah and the commandments. Rambam explains in his commentary (ad loc.) that it is a foundation of belief that a Jew can achieve a place in the afterlife by fulfilling a single commandment with completely pure intent. Because pure intent is so hard, God gave us many commandments to allow us multiple paths for success.

In other words, intent is so powerful that it can transform a mundane activity into a holy act. Intent also is necessary for a mitzvah. Mixed intent counts as a mitzvah but pure intent is most effective. While actions are powerful and necessary, proper intent is the key to religious success.

The midrash (Shemos Rabbah 51:1) refers to Moshe as an “ish emunos, man of faiths.” What does faiths in the plural mean? Rav Ya’akov Ettlinger (Minchas Ani, Pekudei) explains that Moshe was faithful in both his external actions and his internal intent. Neither is sufficient on its own. Moshe was the exemplar of both.

Political freedom is important. Rabbi Jonathan Sacks writes at length about Judaism’s contribution to the world’s concept of freedom. However, true freedom is freedom of the spirit. A slave can be free if he intends to worship God and a radically free modern person is enslaved if he cannot find purpose. When Jews were persecuted by the Inquisition, the Nazis or anyone else, they observed what they could of Judaism and demonstrated to God their pure intent. They were able to sanctify their accursed slave labor by performing it for the sake of Heaven.

On the other hand, coercion — whether governmental or societal — cannot enforce intent. You can make a person go to synagogue, even force him to say the prayers, but you cannot force him to mean what he says. People may conform due to societal pressure but they retain the free will to sanctify their lives or not.

We can put people in situations that offer them a structure that helps them find the right intent. We can create social pressure that counters the pressures from other areas of life. We can create a community that radiates kindness and warmth, generating a desire to sanctify life. But in the end, free will lies with the individual to act with intent or not. Freedom lies in the spirit, in the mind, and we act on it every day of our lives in every action that we do.