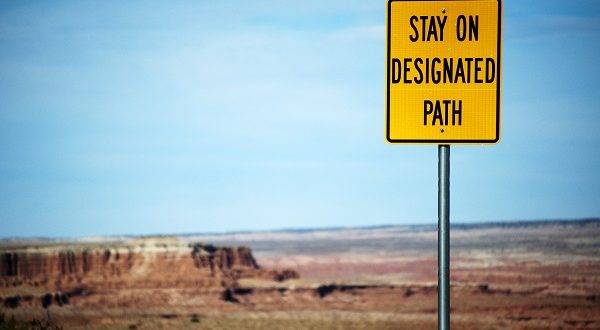 Techniques and Challenges of Sticking to the Path

Posted by: Gidon Rothstein in Posts, Ramban Devarim May 9, 17 0

Ramban to VaEtchanan, Week One: Techniques and Challenges of Sticking to the Path

As Moshe stands at the end of his life, Ramban reads many of his statements in VaEtchanan as striving to help the new generation enter the Land with the best chances for success. The first examples are what are often today confused with or rejected as “negative” reinforcement, the warning or reminder that going wrong can lead to consequences.

In 3;24, Ramban reads Moshe’s reminding the people that he himself will not be entering the land as closing his list of ways in which the previous generation had damaged themselves and him—through their iniquities and challenges, he too ended up being left back. They, the next generation, are able to do better, but only if they avoid their ancestors’ mistakes, giving up rebelliousness and disobedience. Which is why he then starts with mitzvot, seen in this context as guides to how to secure a desired life.

One example of that comes at 4;9, where the verse warns against forgetting what we saw at Sinai. I know of two sources in Chazal that read this as about forgetting Torah generally (Avot 3;8—with its similar form in Menachot 99b– and Kiddushin 30a), but Ramban takes it literally, as a prohibition—which he enumerates as the first of those Rambam wrongly omitted from Sefer HaMitzvot—against forgetting what happened at Sinai, and an adjuration to inform our children and grandchildren of the experience.

Another warning that is focused more on the positive than we might realize comes at 6;2, where Moshe says that he is teaching them the Torah and mitzvot in order that they fear Hashem (or, have awe of Hashem). Ramban reads that as his attempt to tell them that fear or awe is a goal of its own, since that will help them and their children merit staying in the Land of Israel, will make them known for their righteousness and success. As he says on 6;3, the commandment to observe the Torah (and to develop actual fear or awe of Hashem) is for our own good.

Trusting a Chain of Transmission

Part of what Moshe stresses as prelude is how the Jews all saw the Giving of the Torah at Sinai. This had to precede any actual content of mitzvot, Ramban says, because were the mitzvot “just” the words of Moshe as prophet, a later prophet might claim that he had heard a contradictory or overriding message from Hashem (as happened with other Western religions). Since that prophet, too, would have established his or her bonafides, we would be left unsure as to whether to stick with Moshe or go over to the other prophet’s version.

The personal witness of the events at Sinai, hearing Hashem Himself (pardon the pronoun) address us, was to stress that this Torah is unchangeable, that no later prophet, no matter how impressive the signs s/he gives, or the miracles s/he performs, can controvert what we received from Hashem through Moshe.

I find this a particularly interesting Ramban since we saw last time that Ramban thought Moshe’s remonstrations played an important role in confirming the new generation’s faith, since he was the last surviving eyewitness and participant in the events he was describing. That would seem to mean that hearing the story from a non-eyewitness makes it slightly less immediately believable or acceptable.

Here, though, Ramban says that our children will believe our representations of tradition (even if we haven’t seen it ourselves) without any doubt, since people would never lie like that to their children. It is a poignant statement to read in our time, since that which Ramban takes for granted, future generations’ acceptance of the truth of the traditions their forebears share with them, is today very much in doubt, to our distress and in a way that makes exactly this goal of sustaining our faith in the events at Sinai so difficult in many families and with many children.

Later in the parsha, 6;7, Ramban understands the commandment of ve-shinantam le-vanecha, you shall teach it to your children, as a necessary consequence of mitzvot being le-doroteichem, an eternal pact between us and Hashem. If our national covenant depends on mitzvot, how else will the next generation know them if we do not teach it to them (this Ramban impacts me particularly because of my previous life as an educator who failed to convince children, parents, and other educators of how poorly we are doing at ensuring that the next generation knows even the most basic set of mitzvot, let alone acquires desirable levels of knowledge and involvement).

His reading of 4;25 seems to be aware that there will come a time when parent’s traditions won’t be enough. While the next verse’s use of the word ha’idoti, I testify against you, sounds like a warning, Ramban reads it as a prediction that this is what’s going to happen. Of course, that’s not a guarantee (that would create problems of free will), but it’s enough of a certainty that Gittin 88a took ve-noshantem’s numerological value as a reference to how long the first Temple stood.

That’s a post-facto reading, Ramban says; Chazal knew these verses hinted at an impending exile (should they act as expected and become too comfortable in the Land, letting themselves forget Hashem, Sinai, and all that goes with that), but it was only once the Temple was in fact destroyed that they retrospectively saw the numerological correspondence.

Shabbat as Proof of Gd

In 5;15, the Torah says that it is because we remember the experience of slavery in Egypt that we observe Shabbat. Rambam in the Guide of the Perplexed took that literally, seeing a similarity between Hashem’s freeing us from slavery (when we worked according to others’ will) and our ceasing all labor on Shabbat (living out our recognition that the only One Who sets our work hours incontrovertibly is Hashem).

Ramban does not see that (how many people, honestly, connect their taking a day off to the experience of having been freed from Egypt)? He instead sees Shabbat as a one-message day, that Hashem created the world in six days and ceased on the seventh. The Egypt connection is that should we being to wonder whether Hashem really existed before the world, really is the One Who created that world (from nothing), really has interest in what happens in the world, and really has the ability to affect/change it (Ramban includes this quartet of basic aspects of Hashem that constitute the backbone of faith a few times in the commentary: that we believe in an Eloka Who is kadmon, mechadesh, chafetz, and yachol), the Exodus demonstrated it.

Our remembering the way Hashem freed us didn’t send a new message, it reinforced the old one, and should be enough to induct, restore, or confirm us in the community of believers.

The Downside of Bounty

6;10-12 warns us against letting the bounty of Israel get in the way of our service of Hashem. The Jews are about to be taken to a land filled with all sorts of goods they will not have had to work to achieve, and that might itself lead them to forget Hashem (to be so satisfied with what they have, they will forget that it all came from Hashem).

In addition, Chazal took this verse as telling us that the Jews who entered the land could enjoy all the Canaanites’ possessions, even those that are usually prohibited (such as pork). Rambam thought that was only if the soldiers felt a need, became desperately hungry in the heat of battle, for example. Ramban thought that the Torah was actually permitting all these prohibited items—save only for those of avodah zarah, worship of powers other than Hashem, whose altars we have to destroy, whose gold and silver items we cannot take for ourselves.

It is a fulfillment of Hashem’s promise that we will partake and enjoy the benefit of plundering our enemies. But it explains Ramban’s first warning even better, since we will not only be enriched by what we find, we will have the right to eat and enjoy that which is usually against the Torah. When the rules are being bent, it’s especially necessary to stress that these bendings aren’t permanent, that we must always remember Hashem.

Maintenance Can Be as Hard as Achievement

The comments of Ramban’s on VaEtchanan that recommended themselves to me this time around showed his awareness of how hard it can be to pass a tradition (and a set of experiences) to generations to come. Sinai had to involve direct communication from Hashem, lest other prophets challenge Moshe’s supremacy.

Remembering that event then became a crucial component of our attempts to pass this tradition on to our children and grandchildren. Other elements of that were cultivating an awareness that fear of Hashem is a help to us, and that the lessons of the Exodus support those of creation itself, as enacted weekly in our observance of Shabbat.

Some ways to achieve what Ramban recognizes as a continuing challenge, shepherding the tradition of Torah, mitzvot, and faith from one generation to the next.