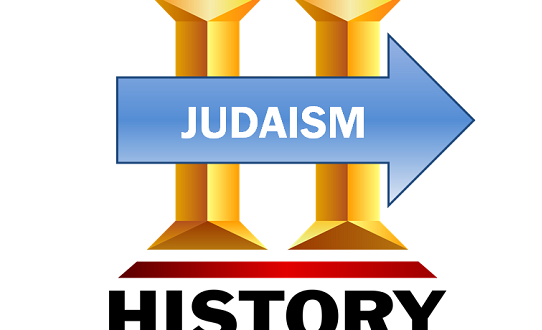 Last time, we had space to discuss Rambam’s reconstruction of how and when Avraham found his way to understanding Hashem’s role in the world. Once that happened, Rambam tells us in the section we’re reviewing this week, he began to argue with those around him (Rambam’s phrase is “made responses to… and litigated with them, to say they were not taking a true path”).

He broke their idols and vigorously spread his view that the only Being worthy of worship was Hashem, that they should destroy all the other forms they worshipped, so that others not make the mistake of following them. When he started winning—i.e., being convincing—the king wanted to kill him, but a miracle happened to him and he left for Charan.

The Gemara and the Furnace

That’s quite a mouthful about how Avraham handled his discovery. Rambam does not include the idea (which Rashi does) that Avraham convinced people of Hashem’s existence by first feeding them and then urging them to thank Hashem for their food. He does accept (Laws of Mourning 14;2) the assertion of R. Yehudah in the name of Rav (Shabbat 127a) that Avraham asked Hashem to wait while he welcomed the three angels (whom he thought were human guests), but does not connect that to bringing people closer to monotheistic faith.

In Rambam’s presentation, as far as I can tell, they were two different aspects of his character—he did great kindnesses for others and, separately, argued with them about their faith, showing them the error of their ways. When he was too successful, the king got involved, wanted to kill him, and he was saved, miraculously.

He doesn’t give us the details of that miracle—I don’t want to speculate, but the most obvious possibility is that it wasn’t vital to his presentation– but he seems to be making a clear reference to Eruvin 53a, where either Rav or Shmuel assume that Nimrod threw Avraham into a furnace, which is why he was also known as Amrafel.

Avraham and His Father’s Idols

Pesachim 118a also speaks of Nimrod throwing Avraham into a furnace, although neither Gemara tells us why. Bereshit Rabbah Noach 38 gives a fuller version of the story, that Terach was an idol-merchant, and once left Avraham in charge of the store. Avraham dissuaded the potential customers, and then smashed all the idols except the biggest one, into whose hand he placed a club (or shepherd’s crook).

He then told his father the idols had fought over a woman’s flour-offering, a story his father immediately rejected as ridiculous, because the idols don’t know anything. Avraham urges his father to pay attention to what he himself just said.

Terach takes Avraham to Nimrod [imagine being so dedicated to your idol that you’ll turn your son over to the authorities for going against that worship!]. Nimrod tries to force Avraham to worship, but Avraham shows him, too, the illogic in his worldview, by noting how each supposed power worthy of worship (fire, water, etc.) has some other superior physical power. Frustrated, Nimrod orders Avraham to worship his original god, fire; when Avraham refuses, he has him thrown in a furnace, only to watch him be saved.

A Jewish Obligation to Bring Others to Monotheism?

Rambam is clearly relying on these traditions, but not presenting them in any detail. In Laws of Alien Worship (or, in my continuing search for a better English phrasing of avodah zarah, Laws of Worshipping Any Power Other Than Hashem, but that’s a little long), he chose to stress that Avraham found his way to faith through long intellectual search (a reminder that truth isn’t always immediately obvious) and then worked to spread his discovery, not keep it to himself.

He did that through intellectual and logical argumentation, not—as Rashi has it on Bereshit 21;33, a verse Rambam quotes here as well—by doing kindnesses for them that led them to then accept his way of looking at the world.

To Each According to Their Abilities

In laying out Avraham’s modus operandi, Rambam uses a phrase Prof. Twersky z”l frequently stressed, that Avraham would explain his ideas to each listener kefi da’ato, according to his understanding, until he brought that person to the true way. Prof. Twersky pointed to it as evidence that Rambam was not some uber-intellectual, for whom only the elite could come to true service of God; all we need is that each of us come to service and understanding of Hashem kefi da’ato, to the extent possible.

In Rambam’s view, Avraham did this with and for tens of thousands of people, wrote books about it, and bequeathed this worldview to Yitzchak, who did much the same with his life. (As did Ya’akov, but we’ll get there next time).

Why is that relevant or useful as a lead-in to Laws of Worshipping Other Powers? My own answer is that Rambam thinks Avraham should be a model for us in this way as well, even if this is not a codified Torah obligation. He is implying, I believe, that all descendants of Father Abraham should do their part to bring those around them (Jewish and not, each to his or her own ability) to realize that Hashem is the only worthy target of worship.

(Prof. Aviezer Ravitzky once read this paragraph in Rambam as implying that the faith Avraham instilled in others faded over time, because it lacked law, which was what Moshe Rabbenu added; if he’s right, it would make sense that Rambam would encourage us to use Avraham’s path as well, only with the addition of bringing people to observance, not just faith. But also not just observance, since the point of the observance is that it supports and maintains the faith).

Avraham Was Saved from the Furnace

The other striking piece of Rambam’s incorporating the tradition about Avraham’s experiences in Ur Kasdim is that he does say Avraham was saved miraculously. I cannot think of a reason for him to mention this other than that he believed it really happened.

I stress that because I think some people today rely on their superficial knowledge that Rambam was a rationalist (as he certainly was) to allow themselves to think they need not believe in miracles that run counter to what science tells us. This is a counterexample, where Rambam wasn’t that much of a rationalist.

Ra’avad Wonders About Shem and Ever

In his second gloss to this paragraph, Ra’avad wonders about why Avraham would need to convince the people of Canaan not to worship idols, when Shem and Ever were there. He suggested that Shem and Ever objected to the idol worship they saw but that the people hid their idols from them. Avraham’s father sold idols.

Kessef Mishneh disagrees, for two reasons. First, Nimrod and the kingdom of Ur Kasdim worshipped publicly, and sold idols publicly, so the difference between Avraham and Shem and Ever can’t lie in Avraham’s having had some special access to the idols. His answer is that perhaps in Canaan, where Shem and Ever were, people didn’t worship publicly. (Avraham smashed idols in Ur Kasdim; another option, it seems to me, could have been that the different societies called for different strategies—idol-smashing wouldn’t have been as effective in Canaan, so Avraham took a different tack. But if so, why didn’t Shem and Ever?)

More, though, he thinks Shem and Ever only told their students (meaning, I think, those who came to study with them of their own volition), whereas Avraham brought monotheism to public attention, and did his best to bring unsuspecting others to a greater appreciation of this truth.

For Kessef Mishneh, that explains why Avraham is seen as so much greater than Shem and Ever—they knew a truth, adhered to it, shared it with those who wanted to know about it, and even set up an institution where that could happen. But Avraham told as many people as he could about it, made it his life’s mission to spread knowledge of Hashem as far and wide as he could.

The Nature of Being a Prophet

The paragraph goes on to explain that when the Jews went to Egypt, all this was slowly lost. Except among the Levites, who never reverted to idol worship. This, too, is based on an aggadic section of the Gemara, Yoma 66b, that Rambam did not have to include (Rav Yehudah infers it from their answering Moshe’s call at the Golden Calf, when I could easily have imagined that the events of the Exodus and Giving of the Torah had reintroduced them to Hashem’s service).

I’m not questioning the Gemara, I’m pointing out that it’s not the only way one could have seen it, so Rambam wouldn’t have been forced to accept this as authoritative. Other Midrashim, for example, say that the tribes of Reuven and Shimon also never worshipped idols, but Rambam ignores that. This statement, though, he takes as representing the history of the tribe of Levi.

Getting back to Avraham, Moreh Nevuchim II;45 lists levels of prophecy. The lowest level is that Divine help will move a person to some great action, such as saving a community from evildoers, or to perform some other great good for others. That’s called ruach Hashem, the spirit of Hashem, and it came to people like Shaul when he heard of the threat Nachash had made to the people of Yavesh Gil’ad.

The next level is ruach hakodesh, Holy Spirit, where people speak very wisely (Rambam’s examples are David in Tehillim and Shlomo in Mishlei, so he means “speak in ways worth codifying in Tanach, just not in a prophetic experience”). Beyond that are experiences that are in some way obviously prophetic—dreams, visions, etc.

I thought of it in our context because the description of Avraham as being moved to argue with others about faith, to bring them to see the truth, at risk to his own life, being saved miraculously and then continuing to do so–a choice that the other great monotheists of his time did not make– seems to me to fit right in this first level of prophecy, the Divine spirit moving him to do that which others were not doing. And, in the process, becoming Avraham Avinu, an example to all of us, his descendants.

An example whose nature is fleshed out by aggadic material Rambam might well have ignored but chose instead to incorporate in his great legal work, Mishneh Torah.