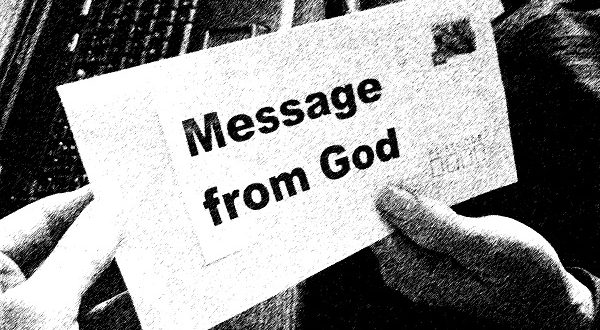 Prophecy V: What Is True Happiness?

Posted by: Gil Student in From The Hashkafah Files, Magazine, Posts Aug 10, 16 0

I. Prophecy Is Rough

Unlike watching a movie, a prophetic vision or dream is completely spiritual. You don’t use any of your actual senses, just your mind. Rambam (Mishneh Torah, Hilkhos Yesodei Ha-Torah 7:2) writes:

When any of them prophesy, their limbs tremble, their physical powers become weak, they lose control of their senses, and thus, their minds are free to comprehend what they see…

Physically, prophecy is a challenging ordeal, exhausting and weakening. As we already discussed, this is the reason Rav Yiztchak Arama (Akeidas Yitzchak, no. 35) offers for the requirement that a prophet be physically strong. God would not subject this ordeal on someone weak, who might not be able to withstand the challenge.

II. What is Prophecy to Us?

In the next paragraph, Rambam addresses the accuracy of a prophecy told to others. He already explained how a prophet achieves divine insight. But how does that relate to us, the non-prophets who do not undergo this experience? Rambam (7:3) continues:

When a prophet is informed of a message in a vision, it is granted to him in metaphoric imagery. Immediately, the interpretation of the imagery is imprinted upon his heart, and he knows its meaning

A prophecy is not a brain game, a puzzle to be solved. While the prophet may receive a parable, he also receives its interpretation. We often hear that an author retains no right over interpretations of his work. Once the author publishes his story, the public can understand it in any way it sees fit. Sometimes an author does not even recognize the depth of his work and the directions in which it can be taken. A prophecy is not like that. A prophet understands the true and intended meaning of his prophecy because its interpretation is part of the vision.

This final statement seems redundant but actually teaches an important concept in prophecy. Rambam had just said that prophets sometimes tell others the parable without the message or the message without the parable, and sometimes both. However, we might have thought that this was only about those prophecies that are received as parables, as complex prophetic visions that have symbolic rather than literal meaning.

Therefore, Rambam adds that, as a rule, all (non-Mosaic) prophecy consists of parables. A prophet does not receive a straight divine message: tell people such and such. This does not fit into the Maimonidean concept of prophecy as an overflow of the intellectual and imaginative faculties. Rather, all (non-Mosaic) prophecies are dreams or visions, as the Torah (Num. 12:6) says, which the prophet understands through this same divine overflow.

III. What is Happiness?

Rambam has already discussed the intellectual and moral requirements for prophecy. However, he needs to add an important qualification that directly affects us in many ways. He continues (7:4):

All the prophets do not prophesy whenever they desire. Instead, they must concentrate their attention [upon spiritual concepts] and seclude themselves, [waiting] in a happy, joyous mood, because prophecy cannot rest upon a person when he is sad or languid, but only when he is happy.

A prospective prophet must undergo the intellectual and spiritual regimen the Ramban described in the first paragraph. He must be wise, conquer his desire to do bad, attain a proper moral attitude, study the esoteric lessons of Pardes and focus all his thoughts on God. Here, Rambam adds that he must be happy. What does happiness entail? For better or worse, this seems to be the most important question of our generation. We would do well to look at what the Talmudic Sages have to say on the subject. Rambam’s source is a Gemara (Shabbos 30a) that offers a lengthier prescription:

The divine presence does not rest through sadness, nor laziness (languidness), nor levity, nor mockery, nor through [idle] conversation, nor through meaningless activity but [only] through joy (of mitzvah)

Rambam’s text seems to omit this last phrase (“of mitzvah”) and ends with just “joy.” Rav Yosef Kafach (ad loc., n. 23) suggests that copyists accidentally added that phrase from earlier in the page. We can see this from Rambam’s prooftext: “And it will happen, when you have come there to the city, that you will meet a group of prophets coming down from the high place with a stringed instrument, a tambourine, a flute, and a harp before them; and they will be prophesying” (1 Samuel 10:5). The music put them in an appropriately happy mood. They did not go out and do a mitzvah or learn a juicy Tosafos to get happy. [1]Compare with what Rambam writes at the end of the laws of Lulav (8:15).

According to this Gemara, not all forms of happiness lead to holiness. Levity (sechok) and mockery (kalus rosh, as per Rashi) may seem joyful. Jokes make people laugh, putting them in a good mood. So do casual chitchat and hanging out with friends. According to the Gemara, that is a different category of joy, a mundane happiness that comes through negating or avoiding our purpose in this world. Comedy might tickle us and distract us from our worries, but it does not contribute to our spiritual wellbeing. True happiness brings us closer to God; it does not mock or divert attention but focuses on the good and the holy. This happiness is a prerequisite for prophecy. [2]See also Mishneh Torah, Hilkhos Yom Tov 6:18; Hilkhos Lulav 8:15.

IV. Prophecy In the Post-Temple Era

Rambam places a lot on this requirement for happiness. Rashi (Gen. 45:27) says that all the 22 years that Ya’akov mourned for Yosef, he did not receive prophecy. Rambam (Moreh Nevukhim 2:36) explains that the mechanism preventing Ya’akov from achieving prophecy was the prerequisite of happiness; his imaginative faculty was occupied with sad thoughts. Similarly, Moshe did not receive prophecy as he was accustomed from the time of the Golden Calf sin until the generation of the desert died, because he was very disturbed by the severity of the wanderings.

Perhaps most importantly for us, Rambam attributes this reason to the lack of prophecy in exile. He writes in Moreh Nevukhim 2:36):

This is indubitably the essential and proximate cause of the fact that prophecy was taken away during the time of the exile. For what languor or sadness can befall a man in any state that would be stronger than that due to his being a thrall slave in bondage to the ignorant who commit great sins and in whom the privation of true reason is united to the perfection of the lists of the beasts? (tr. Pines)

Then the Second Temple was built… then the divine presence departed from all the troubles of war and slight lack of perfection.

According to Rambam, the composition of the Talmud, first the Mishnah and then later the Gemara, follows a similar pattern. In his introduction to Mishneh Torah, Rambam offers a brief history of Torah until his time. He explains that Rabbi Yehudah Ha-Nasi compiled the Mishnah because, in the third century CE, “he saw that the students were becoming fewer and fewer, calamities were continuously happening; wicked government was extending its domain and increasing in power, and the Jews were wandering and reaching remote places.” After Rav Ashi compiled the Gemara, “Jews were scattered throughout all the nations most exceedingly and reached the most remote parts and distant isles; and armed struggles became prevalent in the world, and the public ways became clogged with armies. The study of Torah declined, and the people of Israel ceased to gather in places of study in their thousands and myriads as they had before.”

The exile, with its difficulty and dispersion, reduced the ability to reach authoritative Torah study. Similarly, this situation prevented individuals from reaching the serenity necessary to achieve prophecy.

The Gemara (Bava Basra 12b) says that prophecy ceased after the destruction of the Temple, which Maharsha (ad loc.) explains refers to the first Temple. Other texts place the cessation of prophecy a little later, with the return to Israel or slightly after. However, general consensus exists that Malachi was the last prophet until Eliyahu returns. The Semag (introduction to positive commandments) quote this (almost) final verse of Malachi, the last prophet (3:23):

Semag explains that Malachi was saying: “I am the last of the prophets and from me until Eliyahu comes no other prophet will arise.”