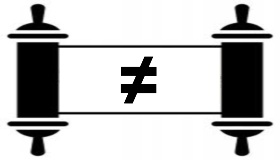 The fifth and final installment in a series discussing the meaning of the phrase in Selichot “ve-lo shavah lanu.” Other installments can be found here. -ed

If we return one final time to the original definition of the Hebrew root “shavah,” meaning “equal” in the sense of “worth,” we can discern an additional intent in the phrase “ve-lo shavah lanu.” The prophet Yeshayahu promises the people forgiveness for their sins if they repent, “im yiyihu chata’eichem ka-shanim ka-sheleg yalbinu im yadimu ka-tola ka-tzemer yiyihu” – “if your sins are like scarlet, they will become as white as snow. If they have become as red as crimson they will become as wool” (Yeshayahu 1:18). The Jerusalem Talmud (Shabbat 9:3) offers a homiletical interpretation of this verse by playing on the Hebrew word for scarlet “shanim” which can also mean “years.” If a man’s sins are according to his years, then they will become as white as snow. If they are greater than that, they will only become as white as wool. R. David Frankel [18th Cent.] (Korban Ha-Edah, ad loc.) explains that it is natural for a person to struggle with different kinds of temptations at different times in his life. As long as he eventually rises above his desires and repents, God is willing to forgive him because the fact that the sins he committed were natural for him at that time in his life is a mitigating factor. However, if he commits a sin that is unnatural for his stage in life, it is much harder to achieve forgiveness. If an adult filches lollipops from the candy man’s bag in Shul, his lips may be purple, but his soul is crimson. The Tzeilemer Rav, R. Levi Yitzchak Greenwald (Migdalot Mirkachim, Seder ha-Tefillah p.4) expands this idea beyond chronological stages in life to each person’s unique life circumstances. The religious struggles of a successful Wall Street banker are different than those of a Rosh Kollel– even if they end up in the same jail cell for cheating on their taxes. R. Greenwald suggests that this is the intent of the phrase “ve-lo shavah lanu.” We are confessing that we have committed sins that were not “worthy of us” namely, that were not appropriate for our circumstances or stage in life.

R. Eliyahu Meir Bloch develops a similar interpretation, but adds a new dimension. In the haftarah for Parshat Vayigash, Yechezkel communicates God’s promise that He will redeem the Jewish people and cleanse us of our sins:

Behold! I shall take the Children of Israel from among the nations to which they went and I shall gather them from around and bring them to their own land. I shall make them a single nation in the land, on the hills of Israel, and one king shall be king of them all. Never again shall they be two nations and never again shall they be divided into two kingdoms. And they shall no longer be contaminated by their idols and their abhorrent things, and by all their other transgressions. I will save them from all their dwelling places [mi-kol moshvoteihem] where they sinned and I will cleanse them. Then they shall be My people and I will be their God” (Yechezkel 37:21-23).

R. Bloch (Peninei Da’at, Parshat Vayigash) responds to the seemingly redundant message of double salvation by delineating two kinds of sin. A Jew may transgress the Torah’s laws, but still retain his essential character as a Jew. However, there are some sins and attitudes that are foreign to the spirit of a Jew. The navi terms these alien behaviors and modes of thought “mi-moshvoteihem” – adopted from their dwelling places in exile because of the forces of assimilation. Yechezkel first addresses our salvation from those offenses which, while of a serious nature, did not compromise our core identity. However, transgressions “mi-moshvoteihem” that stem from outside influences require a second salvation. Even strictly observant Jews who are committed to the Torah’s worldview are not always fully aware of the degree to which ideas antithetical to the Torah can take hold of them. R. Bloch explains the Selichot prayer in this way: “We have strayed from Your commandments and Your benevolent statutes and it was not worthy of us [i.e., it was not consonant with our Jewish identity].” Some of the behaviors and thoughts that we have had are alien to us as Jews.

While both R. Greenwald and R. Bloch understand the phrase “ve-lo shavah lanu” – “and it was not worthy of us” as amplifying the seriousness of our sins, it is also possible to see in this phrase a source of hope and inspiration. We mentioned above that the declaration of a farmer upon clearing out his house of tithes is termed by Chazal “vidu’i ma’aser” – “the confession of the ma’aser tithe.” We noted that this term is incongruous because the content of the recitation seems more like a boast that he has fulfilled all the laws correctly, rather than a confession of wrongdoing. Rabbi Yosef Dov Soloveitchik (Chameish Derashot, Berit Avot, pp. 85-87) answers that there are two prerequisites for repentance. First, a person must be able to recognize that he has sinned. If there is no hakarat ha-chet, repentance is impossible. Second, the penitent must believe that he is capable of purifying himself from the contamination of sin. He must feel that inside of him are the sources of spiritual strength and renewal. If he cannot believe in his own power to improve and rise above his past behavior, then the teshuvah process cannot move forward. This second prerequisite is just as crucial as the first. The farmer who comes forward to recite vidu’i ma’aser is stating proudly that he has fulfilled the commandments of God. This is a confession. He is admitting that he can live up to the demands of God’s will. In fact, by recognizing that he can succeed he will also be able to confess when he has fallen short.

When we declare in Selichot that we have strayed from God’s commandments “and it was not equal to us” we are saying that our past behavior was not worthy of who we really are. We are better than our behavior might show and we can do better going forward. Our sins are not greater than us. We are greater than our sins.

After striking our chests and listing off the mistakes and shortcomings of the past year we have to step back and try to figure out how, despite our commitment to the Torah, did we stray from its path. The words “ve-lo shavah lanu” open up many avenues of introspection. If shavah connotes “worth” and it is due to our lack of appreciation for the worth of God’s commandments that we have drifted (Vilna Gaon), then we must rededicate ourselves to Talmud Torah and reinforce the recognition of each mitzvah as infinite both in terms of its intrinsic value as well as its ultimate reward. If we have succumbed to the illusion that by sinning we will reap great benefit and we are declaring that the sin was “not worth it to us” (Beit Ha-Levi) then we must channel our desires into spiritual venues, enhance our yirat shamayim and continually remind ourselves that a sin is really worthless. If we have fallen prey to yet another gimmick of the yetzer ha-ra, to downplay the impact of individual sins or choices and their repercussions (R. Yaakov of Lissa) and we are bemoaning the fact that “things have not stayed the same for us” then we must train ourselves to emphasize the seriousness of every act and constantly keep guard over our spiritual course which can shift quickly, because things do not remain the same. If we despair that “nothing is worth anything to us,” we must remind ourselves that repentance and forgiveness are always possible (Ketav Sofer and Agra de-Kallah) and we must confidently and bravely continue the fight even as we feel the pain of our battle-scars (Kotzker Rebbi). Finally, we must consider that our statement- “ve-lo shavah lanu” is making us aware that many of our sins are not consistent with our stage in life and individual circumstances and that many of our attitudes actually contradict and undermine our most cherished beliefs as Jews (Rabbis Bloch and Greenwald).

The Yamim Nora’im season is a time of spiritual mathematics and it is scary. We tally our deeds and calculate our accomplishments and deficiencies. In elementary school, addition is easier than subtraction. Unfortunately, in the realm of spiritual math, it is easier to subtract. As we strike out chests and declare our sins, we can quickly find ourselves in the range of negative numbers. This realization can be terrifying and paralyzing. However, we must not forget to add the essence of who we are to the equation. We are capable of better and we have great spiritual potential within us. We must rise above past mistakes and strike out boldly to make this coming year a year that is “shavah lanu”– equal to who we really are.

Rabbi Moshe Schapiro is a reference librarian at the Mendel Gottesman Library of Yeshiva University. He has served as rabbi of the Synagogue on the Palisades in Fort Lee, NJ and as an adjunct professor for Jewish Studies in the Isaac Breuer College at Yeshiva University.