Why do Jews observe the Torah’s commandments? Answers differ from person to person but generally include some or all of the following reasons: 1) God commanded us to, 2) we will reap reward and/or punishment in the next world, 3) doing so is good for us spiritually, 4) it is good for us materially, 5) that is what Jews do. A recent trend in Orthodox Jewish outreach — the proselytism of Orthodoxy to non-Orthodox brethren — focuses particularly on the third reason and presents Judaism as a salve for contemporary spiritual ills. Emphasizing this aspect by positioning Judaism as a “New Age” religion that solves the inauthenticity of urban professional life runs current with American trends over the past 20 years or so.

R. David Aaron’s The God-Powered Life: Awakening to Your Divine Purpose is an example of this Oprah-ization of Judaism at its best. R. Aaron sensitively identifies the concerns and desires of the American professional and attempts to show how Orthodox Judaism fulfills them. What keeps such people awake at night? What creates a pit in their stomachs and haunts their waking hours? R. Aaron focuses on the feelings of inauthenticity inherent in contemporary professional life, the lack of purpose and the distance from spiritual satisfaction. If you want true fulfillment, he tells us, real happiness and a meaningful life, then you need Orthodox Judaism.

Along the way, he redefines terms to fit his purpose. Fully acknowledging that a religious life is not consistently happy, and sometimes even tragic, R. Aaron defines happiness as serving God. You may not be eternally blissful or even upbeat but you are “happy” when you serve God as appropriate for the moment. By this, he does not mean necessarily performing ritual commandments. “When you are breaking up with your boyfriend or girlfriend, you can serve God by expressing understanding, compassion and truth. When you are losing your job, you can serve God by showing love and accepting justice” (p. 101). Within R. Aaron’s definition, this is true happiness.

To R. Aaron, integrity and self-actualization are about balancing two competing aspects of our lives. R. Joseph B. Soloveitchik, in his The Lonely Man of Faith, distinguishes between Adam I, the creative and worldly side of man’s personality represented in Genesis 1, and Adam II, the philosophical and spiritual element within man found later in the Creation narrative. Self-actualization, R. Aaron tells the reader, comes from developing both the creative and sacred aspects of your personality. Only then are you complete. While his professional audience is presumably expert at creativity — i.e. business success — they usually lack sacred completion. R. Aaron suggests that such a failure explains loneliness and low self-esteem. You can only achieve intimate companionship with God and other people if you actualize your Adam II side, if you surrender to another. Someone dominated by his creative side is incapable of developing loving relationships. In other words, Judaism in its ageless profundity will help a 20- or 30-something serial dater commit to a relationship and finally tie the knot.

Readers will not find the term Orthodox in the book. The word Kabbalah is the author’s preferred term, only occasionally using the words Torah and Judaism. His motivation is obvious, wishing readers to judge his Orthodox ideas on their merit and without preconceived notions about Yiddish-speaking diamond merchants. However, the Kabbalah he cites is so distant from its original meaning that it is nearly unrecognizable. In R. Aaron’s hands, the ten Sefiros are not metaphysical mechanisms of divine immanence nor theological attributes. They are ten steps for self-improvement. The Jewish mystical tradition of Kabbalah has become a method for achieving self-esteem and finding a life partner. All of Judaism and Kabbalah are instructions or metaphors for personal healing and achievement.

R. Aaron is honest and enthusiastic. In his earnest conversionary zeal, he expertly appeals to readers’ anxieties and inner desires, insisting that only Judaism can allow them to lead complete, satisfied lives. I have serious misgivings about this approach. On the one hand, to reach his intended audience he needs to focus on their concerns. Since personal development is one of many legitimate reasons for embracing Judaism, why not pitch to what interests consumers? On the other, while he portrays Judaism honestly, his emphasis on personal growth makes the religion seem pedestrian. God and Torah become tools, subservient to a person’s desire for self-actualization and self-improvement. This trendy religion focused on personal achievement is one I barely recognize. But if it works, at least for some people, I find it difficult to object because, while it is pandering, it is honest pandering that brings Jews closer to their tradition. 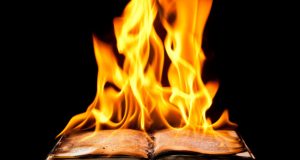