Staying Within the System An experienced listener to the public square of halakhic debate might be surprised by the many cries he currently hears evoking moral and emotional concerns. Are they relevant? Despite their popular appeal, do they contain the halakhic power to alter conclusions?

A recurring theme in Rabbi Joseph B. Soloveitchik’s worldview is that Jewish law is a closed intellectual system. It contains its own inner logic and does not change based on external concerns. Much like a mathematical postulate remains unaffected by a moral argument, so too does a halakhic principle remain unchanged despite critiques based on other disciplines (R. Soloveitchik made this specific analogy in an important 1975 lecture to YU rabbinic alumni).

R. David Bigman (The Fire and the Cloud, pp. 76-78) points this out regarding Elazar and Isamar’s deviation from Moshe’s command. Moshe had told them to eat the chatas offering but they instead burned it completely. On learning of this, Moshe became angry until Aharon calmed him with a logical argument (Lev. 10).

Elazar and Isamar had just lost their two brothers. While they were not mourning, they still felt unable to reach the joy necessary to eat a sacrifice in communion with God. How could they set aside their emotions? How could they morally justify pretending to satisfy the religious requirements? This argument did not convince Moshe. The Gemara (Zevachim 101a) states that Aharon impressed Moshe with an halakhic argument, a kal va-chomer. Why was Moshe appeased by this argument and not by the compelling underlying emotional/moral claim?

This midrash reflects the transition from human-emotional language to halakhic language. While Aaron’s position has a strong moral basis, it still must be presented in terms of accepted scholarly discourse.

Critiques of halakhic decisions must be presented in both the language and concepts of its historical discourse. Anything else consists of an extra-disciplinary incursion into a sacred enterprise. And even when translated into halakhic language, it must be able to stand on its own. Just as Aharon’s kal va-chomer was a convincing halakhic argument, any moral or emotional argument in its halakhic form must survive and convince within the halakhic genre. 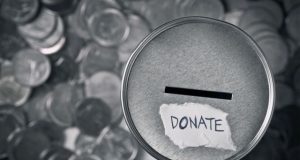