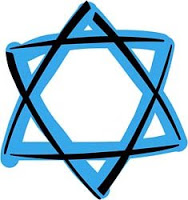 No one is quite sure where the Magen David, the “Shield of David”, originates from. Even more mysterious is what caused the Magen David to become the national symbol for the Jewish people. The Magen David may actually have been an adaptation of the pentagram (five-pointed star) which was widely used in a number of ancient religions. The earliest archaeological source testifying to the common usage of a Magen David is from remains found in an ancient synagogue in northern Israel dated to the 6th century BCE. Today, the Magen David, which consists of two interlocking triangles, is to be found on Jewish ritual items and accessories of all kinds. God Himself is referred to in our prayers as the “Magen David”.[1]

Click here to read moreThere is a theory that the phrase “Magen David” is to be taken literally, and that it refers to an actual shield that King David used in battle, though this is highly improbable. Indeed, this theory is refuted by a credible tradition that there was a Menora engraved upon the shield which King David used in wartime.[2] As such, it is highly unlikely that the word “magen” is to be taken literally, referring to a shield used in battle. Nevertheless, perhaps this idea can be expanded to suggest that the Magen David, with its six points along with its center space, is actually intended to allude to the Menorah and its seven branches. The number seven plays a prominent role in many areas of Jewish thought and ritual to which the Magen David may have been intended to recall.

Therefore, the word “Magen” is likely referring to some sort of spiritual â€“ not not physical – shield. Alternatively, it may merely another word for “badge” or “banner” which represents “David” and by extension, the Jewish people.[3] In fact, throughout history, Jews would go to war not only with physical weapons but also with with spiritual ones, such as prayer and the conviction that it is only with God’s assistance that victory can be assured.

It may just be, however, that the armour used during the Bar Kochba era was engraved with a Magen David. Indeed, it is interesting to note that the name “Bar Kochba” means “Son (founder?) of the Star”. There are also legends that the Macabees engraved a Magen David on all their battle gear. It is also interesting to note that in the 1500’s the Jewish community of Prague was represented by a flag with a six pointed star in its center.

A number of scholars suggest that the Magen David may be linked to a verse in the book of Tehillim[4] where there is an allusion to Jewish kings using that symbol as their banner.[5] A six-pointed triangular figure is said to have represented royalty in ancient times. It is also intended to recall that a Jew is to receive his inspiration from all six corners of the world and that God’s dominion extends in every direction. Incidentally, when one recites the Shema one is to have in mind that God rules over all six directions of the world.[6] Accoridng to kabbalistic interpretation, the two triangles which make up the Magen David represent the physical and spiritual worlds respectively, as well as the relationship between God and mankind. The ten sefirot of kabbala were often represented within the sketch of a six pointed star.

From the days of the Arizal, people had the custom of making and wearing amulets with a Magen David. It was recommended that pregnant women wear a Magen David as a segula for an easy childbirth. There are also those who contend that the Magen David was actually the seal of King Solomon which he used in order to control demons,[7] though there is little support for this theory. Yet others argue that the roots of the six pointed star originate from the book of Isaiah where the six aspects of God’s spirit are described.[8]

Special thanks to “Steg (dos iz nit der shteg)” for his continued editing and proofreading services!!