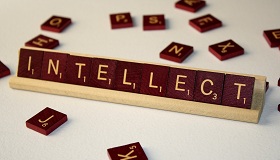 by R. Gil Student In successfully defending rabbinic Judaism to a Karaite, R. Avraham Ibn Ezra makes an astonishing claim that actually undermines his entire argument. However, properly understood, his point is profound and still relevant nearly a thousand years later. I. Fat and Tails Karaites believe that the Torah forbids eating an animal’s tail. Their source is Lev. 3:9, ...

END_OF_DOCUMENT_TOKEN_TO_BE_REPLACED

by R. Gil Student I. Two Exodus Stories Everyone likes a story of an underdog succeeding, a happy ending after a difficult struggle. There are usually two variations on the theme. One is that of personal transformation, overcoming personal difficulties and becoming a better individual. Another is salvation from a bad situation. The former is about personal change and the ...

END_OF_DOCUMENT_TOKEN_TO_BE_REPLACED 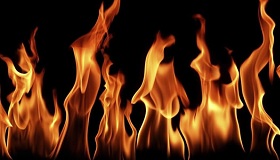 by R. Gil Student I. Fire Offering The Torah repeatedly refers to sacrifices as isheh, which standard translations render as “fire offering.”[1. For example, KJV translates Lev. 1:9 as “But his inwards and his legs shall he wash in water: and the priest shall burn all on the altar, to be a burnt sacrifice, an offering made by fire (isheh), ...

END_OF_DOCUMENT_TOKEN_TO_BE_REPLACED 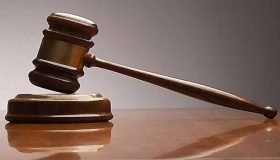 by R. Gil Student I. Individual Punishment The debate over the culpability of the biblical residents of Shechem reaches beyond the text to legal realms but should also extend to our philosophy of citizenship. Following Shechem the man’s attack on Dinah, her brothers tricked and killed the male residents of the city. Ya’akov condemned the brothers, to which they firmly ...

END_OF_DOCUMENT_TOKEN_TO_BE_REPLACED

The Origin of Critique

Rashi is often derided as deviating from peshat, the simple meaning. However, sometimes scholarship comes full circle and Rashi’s explanation is seen in a new light, as the simplest. One such example is in the puzzling case of the half-freed maidservant, the shifchah charufah. Linguistics seem to indicate any of four origins but, in the end, Rashi’s Hebrew explanation retains ...

END_OF_DOCUMENT_TOKEN_TO_BE_REPLACED

A reader of Leviticus may emerge with the notion that Judaism is all about priests. Sacrifices, purity, skin diseases,… everything revolves around the priests. The lesson of pagan mourning practices teaches us that Leviticus reflects a much different perspective on Judaism. R. Shalom Carmy (Mitokh Ha-Ohel, Emor) points out that this tension can be found in Abarbanel’s conflicting accounts. In his introduction to the entire book, Abarbanel states explicitly that Leviticus teaches about the priestly role. They are the center of this book and presumably the center of the religion. However, in his introduction to chapter 21, he seems to reverse himself. He states that Leviticus is about the holiness of the entire Jewish people. Which is it? Are the priests God’s chosen ones and the rest of the people acquire some of that holiness by proximity? Or is the entire nation holy and the priests merely selected for specific functions? Is Judaism a clergy-centric or laity-centric religion? R. Carmy explains that Abarbanel’s different explanations reflect where he wrote them–at the beginning of the book or working through it, passage by passage. But that does not answer the big question.

END_OF_DOCUMENT_TOKEN_TO_BE_REPLACED

Leviticus and the Rest of Us

I. A Strange Ending Leviticus is a very technical book with little narrative. Yet when the opportunity arises to end with a bang, with a compelling passage that grabs the reader’s attention and leaves a lasting impression, the book instead chooses to close with additional laws. This anticlimactic final chapter deserves more careful attention to understand its literary purpose. Lev. ...

END_OF_DOCUMENT_TOKEN_TO_BE_REPLACED

In Temple times, childbirth included two ritual elements that some may find surprising. One is a long period (40 or 80 days) of impurity and the other is a requirement to bring a sacrifice that includes a chatas, a sin offering (Lev. 12). Why does the Torah require for childbirth, a joyous occasion, this extended term ending with a sin offering? For this reason (and the Nazirite chatas), along with linguistic concerns, one modern scholar declares that chatas must refer to purification and not sin.

END_OF_DOCUMENT_TOKEN_TO_BE_REPLACED

The Torah repeatedly refers to sacrifices as isheh, which standard translations render as “fire offering.” This is certainly due to its clear phonetic connection to esh, fire. However, modern scholars question this translation and suggest other possibilities based on ancient cognate languages. They may be inadvertently rediscovering an important rabbinic opinion. R. Menachem Kasher points out that traditional Aramaic translations of the Torah, such as Targumei Onkelos and Pseudo-Yonasan, consistently render isheh as korbanaya, a sacrifice or offering. Particularly surprising is that Rashi, who frequently notes alternate interpretations implied by Onkelos, never mentions this. Instead, Rashi merely relates isheh to fire. Ibn Ezra and Ramban4 do likewise.

END_OF_DOCUMENT_TOKEN_TO_BE_REPLACED 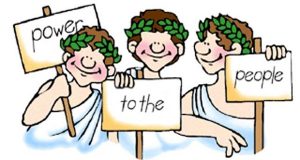 by R. Gil Student I. Death and Sacrifice The death of Aharon’s sons Nadav and Avihu is puzzling on many levels. R. Menachem Kasher lists 17 suggestions from midrash and commentaries for their lethal sin. [1]1. Torah Shelemah, vol. 25 addendum 1 In particular, the Torah’s response to the priestly sin by adding more rules seems counterproductive, leading to more ...