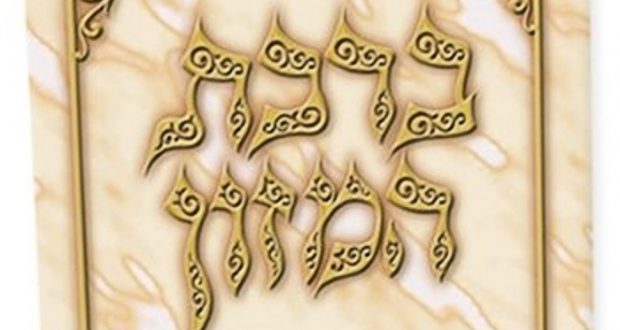 How Much Should the Mezamen Recite Aloud?

Question: I learned that the mezamen (= mzm – leader of zimun) should recite, if not all of Birkat Hamazon (=BHM) aloud, at least the first beracha and the ends of berachot. Most people do neither. What should I do and/or tell others to do?

Answer: There are two reasons for mzm to recite aloud parts of BHM.

The original institution of zimun was for only mzm to say BHM, with the others being yotzei by listening. The practice has developed that rarely is one person motzi others with reciting a text when not necessary. The reason is that being motzi is not easy, because it requires intention on both sides (Mishna Berura 8:13), concentration of the one listening (Beit Yosef, Orach Chayim 183), and likely also the latter’s understanding of the Hebrew text (Mishna Berura 183:28). The Shulchan Aruch (OC 183:7) says that although everyone should recite BHM, it is proper for the others to do so silently at the same pace that the mzm does it aloud, thus uniting them in a way that resembles full zimun (Mishna Berura 183:27).

The above is not a requirement, and the broad minhag is not to do so. Some explain the advantages. If they listen to mzm as they recite it, they may not concentrate well and might not have in mind to do be yotzei with their own recitation (see Avnei Yaakov 31). We do not recommend, in places it is unusual, for mzm to read the whole BHM aloud. Beyond the plusses and minuses, it is also likely to give the impression of “holier than thou.”

It is somewhat common to tone down the above by reciting only the ends of the berachot. While listening/responding to this is insufficient to be yotzei, there may be value in joining for BHM’s most important parts, and it gives people the z’chut of answering amen (see Shabbat 119b). It is positive to do this. If the responders do not keep pace with mzm, it is unclear if they should answer amen to mzm in the midst of a beracha (see Mishna Berura 183:30; Dirshu 183:24; Yeshuot Moshe III:19).

The other element of reading aloud applies only to the first beracha (“… hazan et hakol”). Rav Nachman (Berachot 46a) says that zimun ends before BHM’s first beracha; Rav Sheshet says that the first beracha is part of zimun. (It is not a full part of zimun, as we recite it even without one, but Rav Sheshet requires zimun to be connected to the beginning of BHM (Tosafot ad loc.).) One difference between the opinions is until what point one who stops eating to answer zimun has to wait before resuming eating (ibid.). The Shulchan Aruch (OC 200:2, based on the Rif and Rambam) rules like Rav Nachman. The Rama (ad loc.) paskens like Rav Sheshet, that one waits until hazan et hakol to resume eating. Likely, another difference between them is whether mzm recites the first beracha aloud (see Beit Yosef, OC 183).

We rule that we do not trust ourselves to be yotzei with mzm even for the first beracha (see ibid.). Still, the Mishna Berura (183:28) says that mzm should do at least that beracha aloud, so people can read along with him (they go ahead at the end of the beracha so they can answer amen) and get an element of zimun. So why doesn’t everyone do this?

Explanations begin with the fact that Rav Nachman is not a “rejected” opinion so that Ashkenazim can rely upon him in this regard (see Tzitz Eliezer ibid.). They may assume that their concentration on their own recitations is better that way (see Piskei Teshuvot 183:15) or for kabbalistic advantage (see Kaf Hachayim, OC 183:38). Still, we recommend for mzm to recite the first beracha aloud, when this is not a rare practice.

Considering all the possibilities’ viability, you should not “correct” people.