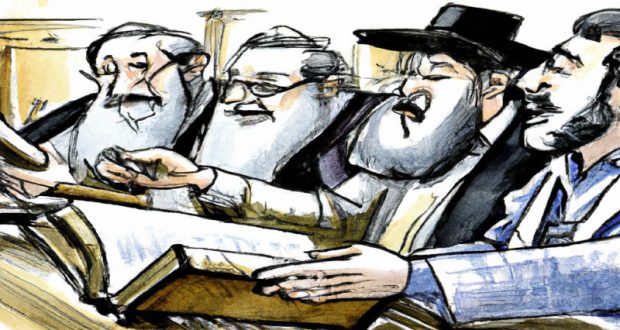 The Many Ways of Leaving

Parshat VaYetzei opens with the superfluous information Ya’akov left Beersheva, when it could have just told us he went towards Haran. Rashi attributes the mention of his departure to a righteous person leaving a mark when s/he leaves a place. Asks Kli Yakar, shouldn’t the Torah have told us this long ago, when Avraham and Yitzhak moved from place to place? He offers multiple answers, each with a nuance of what it means to leave a place.

First, he suggests the impact of Avraham and Yitzhak’s leavings was too obvious to mention, because they left a complete void of righteousness behind. Ya’akov’s parents were still in Beersheva after he left, and we might have thought it would make his absence less noticeable. The verse assures us Ya’akov’s exit did make a mark.

Or the opposite. Perhaps when Avraham and Yitzhak left, with their whole family and entourage, no one who remained, evildoers of the time, took no notice. They may even have rejoiced, now freer to act as they wished without the righteous getting in their way, fighting them over their misdeeds. [He assumes, not unreasonably but still an assumption, Avraham and Yitzhak went beyond working on themselves, trying to draw others to God’s service, to also opposing evildoers, fighting their initiatives, working to stop them.]

Ya’akov is the first to leave people (his parents) who enjoy the presence of a righteous colleague and know that the merits of good people join together, that the more righteous people there are in a place, the more effective they can be in spreading it. His leaving makes a mark his forefathers’ did not.

Then Kli Yakar  pivots, puts aside the issue of the mark it makes on others and suggests the verse came to tell us the impact on Ya’akov himself. Leaving Israel often severs a person’s connection to prophecy (as was also true of Avraham when he “went down” to Egypt, physically as well as spiritually, in his access to communication from God).  More, Kli Yakar points out Yitzhak only told Ya’akov to go to Padan Aram, assumes Yitzhak wanted his son to bring Beersheva with him (psychologically), to always be thinking of when he would be able to go back.

Ya’akov instead left it behind, put it out of his mind. As his son Yosef would, the punishment Hazal spotted in Ya’akov suffering that lengthy separation.

Ya’akov arrives at the well Rahel is going to use to water her flocks, similar to Eliezer in Hayyei Sarah. Hatam Sofer in Torat Mosheh points out the contrasts and relates them to the differences in the exiles of the Jewish people. He relates Rivkah to the exile between the first and second Batei Mikdash, without saying why (I think he is assuming the Matriarchs symbolize the Temple, perhaps because it is where the Jewish people, the wife in the relationship, relate most directly to God).

When Rivkah came to the well, the water rose towards her (the Midrash had said), reflecting the relative brevity of the first exile and its being ended easily. When Ya’akov arrives, a symbol of the destruction between the second and third Temples (although Rivkah is still alive; I think Hatam Sofer is assuming the center of gravity of the Jewish people has already shifted to Ya’akov, especially since we barely see Yitzhak any more in the Torah), Rahel faces a large stone on the well, not easily removed.

Torat Moshe says “until Ya’akov comes himself, be-ito ahishenah, like removing a cork from a jug.” The words I did not translate refer to Yeshayahu 60;22,  a verse Sanhedrin 98a splits into two, be-itah, if the Jewish people do not merit Mashiah early, he will come in the right time, ahishenah, if we do merit it, Mashiah will come early. We the Jewish people are Rahel, I think he is saying, and we cannot take the stone off the well ourselves, we need Ya’akov (God) to do it. But we can hasten Ya’akov’s arrival at the well, for whom it will be easy to free the water.

In the beginning of chapter 31, verse two, Ya’akov has a problem, because Lavan and his sons are annoyed, have told themselves Ya’akov cheated them to enrich himself. Ya’akov could have quit (here and in other comments in our parsha, Ha’amek Davar repeats the idea we saw last week, Rivkah had asked him to stay with Lavan only long enough for Esav’s original anger to dissipate; from there, she was fine with him going elsewhere, just not return to Israel until she sent for him).

Lavan’s ire complicates matters, because were Ya’akov to leave, Lavan might buy into the slander about his son-in-law enough to take his daughters, grandchildren, and all Ya’akov had. Against that, Ya’akov needed protection, but was not yet able to return home. [I maybe did not make enough of a point of this last time: Ha’amek Davar assumes Ya’akov can make a living on his own by this point, but not defend himself against either Esav or Lavan. He needs either Lavan or his parents to protect him. I’m not sure why.]

He would have been stuck but for Hashem stepping in. In verse three, Hashem tells him to go back to “the land of his forefathers,” (not to his father’s household, Ha’amek Davar points out) and promises to be with him, in the sense of protecting him.

Hashem adds u-le-moladtecha, a phrase Sefaria takes to elaborate “the land of your forefathers,” where Ha’amek Davar sees a remarkable new idea. He says God is telling Ya’akov he will be able to return to his original forms of behavior, to serve God with Torah and avodah (I think he means work, although he may mean prayerful service; still, his pairing Torah and avodah would make any Bnei Akiva-nik proud). For Ha’amek Davar, while in Lavan’s house, Ya’akov did not act as fully “Jewishly” as he had been wont to do before he went, and he would now be free to return to himself.

It’s surprising, first, because Rashi at the beginning of Vayishlah, 32;5, cites Hazal’s reading of “with Lavan garti, I lived,” to refer to his having kept the 613 mitzvot (taryag, the same letters as garti, rearranged). In a quick search, I did not find Ha’amek Davar discuss that view. He seems to think Ya’akov’s time in Lavan’s house involved some diminution of his observance, however we take that, with Ya’akov now free (and protected by God, in Israel), to live his more authentic life.

Ya’akov leaves Beersheva at the beginning of our parsha, for Kli Yakar a chance to consider who is or is not affected when good people move out. Ya’akov then uncovers a well for Rahel, according to Hatam Sofer a symbolism of how we will one day soon merit leaving this exile and returning to having the water of the Presence in the Beit Ha-Mikdash. And exits Lavan’s house, according to Ha’amek Davar only because Hashem freed him to do so, letting him return to who he always wished to be.