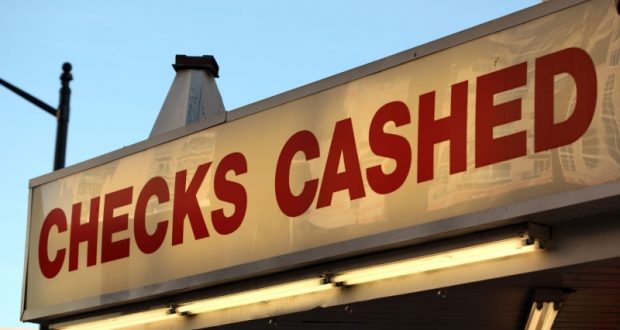 Question: I owed someone (=Reuven) 2,000 NIS, and he asked to give him an “open check” (i.e., payee left open), which he would give to someone else (=Shimon). I do not know whom or why. A couple of months have gone by, and the check has not been cashed. I believe that if Reuven, with whom I have a great relationship, had lost it, he would have told me. Assuming he already got his value from it, must I find out why Shimon has not cashed it, remind him, and/or replace the check, or, after paying my debt to Reuven’s satisfaction, Shimon is not my concern?

Answer: There are three approaches to how to view to the halachic significance of giving a check. 1) Since it is generally forbidden to cancel a check, a check is like money (Igrot Moshe, Choshen Mishpat II:15). 2) A check is a self-obligation of the check writer (drawer), to the payee or to anyone if it is an open check (Minchat Yitzchak V:119); 3) The check is no more than an order that the drawer gives to a financial institution to give money to the payee (Shevet Halevi VII:222). The starkest difference between #2 and #3 is whether, if the drawer cancels the check, the obligation to pay still exists. (From a technical perspective, banks usually allow one to cancel the check, but the legal system needs to be convinced he was justified to do so.) #3 is definitely the direct meaning of the check. As they are used in today’s society, the more accepted approach is #2, that it is not considered money, but that the drawer obligates himself to pay whoever uses it legally (see Pitchei Choshen, Halva’ah 10:(21); Shirat Devora II, CM 23).

(Almost) all agree that if one gave a check to one whom he owed and it got destroyed, he has to replace it. Even if one conceptually views a check like money, it is significantly different from real money in this context. If Levi pays Yehuda with cash, the payment is immediately usable, whereas a check needs to be cashed or transferred first. More significantly, if Levi feels bad and wants to pay money again, it will be an outright loss for him. But if Levi writes Yehuda a personal check and it was destroyed, the money was never drawn from Levi’s bank account as planned, and Levi is no worse off than he planned (except the price of a check) if he writes another one. So, if Reuven did not transfer the check to Shimon, you should enable him to do so.

If Reuven already gave the check to Shimon, you could argue that since you do not owe Shimon, it is not your responsibility to make sure he receives the money. However, this is apparently wrong. The mitzva to return a lost object is not limited to physical objects but applies broadly to help someone out regarding his property (Shulchan Aruch, CM 259:9), and therefore enabling Shimon to use the check he received should be included. While it is true that one does not have to lose money returning a lost object (see Shulchan Aruch Harav, Aveida 33), and here you will be “out” 2,000 NIS, having money you were obligated to give taken from your account is not a loss (see Tosafot, Bava Kama 58a).

Even if we did not view a check as creating an obligation, if Reuven owed Shimon, then through a rule called shibudda d’Rabbi Natan, you, who owed Reuven, would be considered as owing Shimon (Shulchan Aruch, CM 86:1). Although the application here is complicated (see ibid. 2), it is wrong for you to divorce yourself from this obligation.

There is a machloket (K’tzot Hachoshen 104:2 and Netivot Hamishpat 104:1) whether the mitzva to pay a debt starts when the debt is due, or only when the creditor requests payment. However, this refers to the timing of payment and does not allow one to try to benefit from the creditor’s oversight. Therefore, while you need not act quickly (especially because someone will probably cash the check), at some point you would have to inquire with Reuven if you need to do anything to ensure everyone gets what they deserve. (We are not addressing how to defend your right to make sure you do not end up paying twice or the rules of when it is legal to give open checks.)