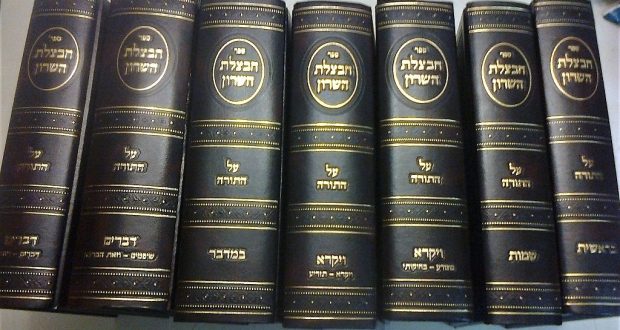 Posted by: Moshe Kurtz in Lomdus on the Parashah, Magazine, Posts Dec 9, 22 0

Lomdus on the Parsha: Vayishlach

Q: Did the inhabitants of the city of Shechem deserve to be killed?

On the third day, when they were in pain, Shimon and Levi, two of Yaakov’s sons, brothers of Dinah, took each his sword, came upon the city unawares, and slew all the males. They put Chamor and his son Shechem to the sword, took Dinah out of Shechem’s house, and went away. (Genesis 34:25-26)

Following Dina’s abduction and rape, her brothers Shimon and Levi take up arms to avenge her dishonor. However, it was not sufficient for them to mete out punishment to the immediate culprit, Shechem, but they additionally wrought havoc upon the entire city. On a general level, we may inquire whether the male citizens of the city truly deserved to die for a deed that was not their own. Irrespective of whether it was the correct course of action, it remains unclear why the Torah specifies that Shechem and his father, Chamor, perished by the sword, whereas it refrains from revealing the form of death for the rest of the male inhabitants.

There is a classical debate between the Rambam and Ramban regarding whether Shimon and Levi were in principle justified in their vigilantism which centers on how one interprets the Noahide commandant of Dinim. The Rambam writes in his Mishneh Torah (Laws of Kings and Wars 9:14) that the mitzvah of Dinim is a enjoins non-Jews to enforce the other six Noahide laws:

How must the Noahides fulfill the commandment to establish laws and courts? They are obligated to set up judges and magistrates in every major city to render judgement concerning these six mitzvos and to admonish the people regarding their observance. A Noahide who transgresses these seven commands shall be executed by decapitation. For this reason, all the inhabitants of Shechem were obligated to die. Shechem kidnapped. They observed and were aware of his deeds, but did not judge him…

While gentiles were only given seven general commandments, neglecting to adhere to even one of them can result in the death penalty. Thus, the Rambam rules, that since the male inhabitants of Shechem failed to perform their duty of bringing Shechem to justice, they had violated the principle of Dinim and were liable to the death penalty which was facilitated by Shimon and Levi.

Ramban (Gen. 34:13), however, vehemently disagrees with the Rambam and takes his to task on several grounds:

(1) On a fundamental level, Rambam misconceptualized the principle of Dinim  – it is not a simple mandate to regulate the other six commandments but rather its own distinct mitzvah. The Ramban argues that the commandment of Dinim enjoins the gentile nations to create laws that address basic issues related to theft, finances, and general governance.

(2) Even if we grant the Rambam’s interpretation of Dinim,  the people of Shechem would still not incur the death penalty since they merely neglected to fulfill their responsibility – one would incur the death penalty for an active transgression, not simple passivity. (The Or HaChaim, Gen. 34:25, however, suggests that the men of the city would actively stand up to defend their leader, and perhaps, even played a role in her abduction.)

(3) Finally, the fact that Yaakov chastises his two sons for their actions would indicate to us that their actions were not justified – meaning that at least the men of Shechem were not deserving of death.

The Chasam Sofer (Vol. 6, no. 14), suggests a third approach (which he attempts to attribute to the Rambam) in which he distinguishes between being deserving of death versus actually being liable to the death penalty. He bases this on the following passage in the Mishneh Torah (Laws of Kings and Wars, 10:9):

A gentile who studies the Torah is obligated to die. They should only be involved in the study of their seven mitzvot. Similarly, a gentile who rests, even on a weekday, observing that day as a Sabbath, is obligated to die. Needless to say, he is obligated for that punishment if he creates a festival for himself. The general principle governing these matters is: They are not to be allowed to originate a new religion or create mitzvot for themselves based on their own decisions. They may either become righteous converts and accept all the mitzvot or retain their statutes without adding or detracting from them. If a gentile studies the Torah, makes a Sabbath, or creates a religious practice, a Jewish court should strike him, punish him, and inform him that he is obligated to die. However, he is not to be executed.

According to the Rambam, when our Sages teach that a gentile who studies Torah or observes Shabbos is liable to the death penalty, what they really mean is that he is deserving of death, however, it is not actionable in Rabbinic court. Therefore, Shimon and Levi were perhaps right insofar that the men of the city deserved death, but Yaakov was ultimately correct since their passivity would not make them culpable to receive the actual death penalty.

In either event, even if Shimon and Levi’s were justified in killing the male adults, why would it be acceptable for them to plunder the spoils  – after all, since the children were spared they should naturally inherit their fathers’ estates (see Kiddushin 17b). The Or HaChaim (34:25) answers that the Torah states (Gen. 34:27) “…because their sister had been defiled,” to indicate that the property that Shimon and Levi plundered constituted restitution for the humiliation (boshes) that Dinah and her family endured.

However, this justification is incongruous with the age-old Talmudic principle of kim lei b’derabah mineih, which means that when one commits a sin that incurs two different punishments, the court only administers the harsher punishment. In our case, if we presume that the men of Shechem were liable to the death penalty, then Shimon and Levi should have had no right to also seize their property for recompense.

One answer is to assume that only Jews benefit from the principle of kim lei b’derabah mineih and that a gentile could indeed incur both consequences However, this is subject to a medieval dispute (see Rashi and Tosafos on Eruvin 62a). As such, R. Mordechai Carlebach reframes Shimon and Levi’s actions as not that of a court regulating internal-societal matters, but as two nations at war against each other. During a time of war, many of the laws that generally govern a society are inoperable. For instance, the principle against endangering one’s life (entering a makom sakanah) naturally does not apply to war, otherwise it would be impossible for a country to defend itself (see Minchas Chinuch 425:3)(The subject of taking an attractive woman from the battlefield, as described in Deut. 21:10-14, is another case in point.) Thus Yaakov’s family would have been permitted to plunder (see Mishneh Torah, Laws of Kings and Wars 6:4) without concern since they were not facilitating a judicial ruling but were engaging in a wartime operation.

This harrowing narrative serves as a microcosm for exploring how Judaism relates to honor, victimhood, vengeance, and so much more. Like many instances in the Torah, we have only touched the tip of the iceberg.