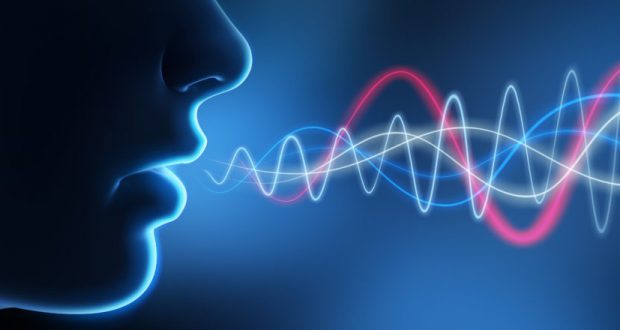 We use many faculties to observe the goings on about us. When one sense is unavailable, we often use others to compensate. Even if we cannot see someone, we can still identify their presence by the sound of their voice. Does this identification have bearing in Jewish law? Identification by sight can be mistaken even though it usually succeeds in reaching accurate conclusions. Recognition by voice is perhaps less certain than by sight but still works most of the time. Can you testify, for example, that you know I was at my local pizza shop at 5pm on Sunday because you heard me speaking even if you didn’t see me?

This question has biblical implications also. “And Yosef recognized his brothers but they did not recognize him” (Gen. 42:8). Should they not have recognized his voice? Perhaps this means that voice recognition does not give us enough certainty to reach a conclusion. “And Ya’akov approached Yitzchak his father; and he felt him and he (Yitzchak) said: ‘The voice is the voice of Ya’akov, but the hands are the hands of Esav’” (Gen. 27:22). Why wasn’t the voice sufficient for Yitzchak to identify Ya’akov?

Rav Yosef Ibn Migash (Ri Migash, 12th cen., Spain; Responsa, no. 143) was asked whether someone could testify that he was sitting someplace outside of the range of sight and heard his friend curse or excommunicate someone else. Ri Migash quotes the Gemara (Chullin 96a) that asks how a blind man can ever have relations with his wife. Since he cannot see her, how does he know that she is the woman he married? By what halakhic mechanism can the blind man reach the obvious conclusion? The Gemara answers that he achieves knowledge through voice recognition (tevi’as eina de-kala).

Ri Migash further quotes the Gemara (Sanhedrin 29b) about someone who hid witnesses behind his bed canopy and had someone else admit to owing him money. The first man then said, “those who are sleeping and awake can serve as witnesses,” after which the borrower then denied debt. The Gemara implies that had he agreed, those hidden witnesses could testify to what they heard even without seeing it. Ri Migash says that since there is no indication in the text that the witnesses could see the men talking, we have no right to add this into the text without proof.

However, Rashi (11th cen., France) seems to reject the validity of voice recognition. The Gemara (Sanhedrin 67a) discusses how to prosecute a meisis, someone who was entices others to worship idols. You light a candle in an inner room and place witnesses in an outer room, so they can see and hear everything. Then a person tells the meisis, who is unaware of the presence of witnesses, to repeat what he had said earlier. This time, the witnesses will hear and be able to identify the culprit. Rashi (ad loc., s.v. hen ro’in) says that sight is crucial. If the witnesses just hear him, he can deny that he was there because voice recognition is insufficient.

Rav Meir Abulafia (Ramah, 13th cen., Spain; Yad Ramah, ad loc.) contrasts this with the Gemara (Gittin 23a) which says that a blind man can deliver a divorce document, a get, within the land of Israel because through voice recognition he will know who the right people are. However, he cannot deliver a get from outside of Israel because this requires testimony that the get was signed and delivered in front of him. A blind man cannot testify to the identity of people whom he did not see. Ramah asks why voice recognition is invalid for a meisis but valid for a get. He explains that for testimony, voice recognition is invalid for both a meisis and a get. Only when testimony is not necessary, does voice recognition suffice for a get.

Rav Ya’akov Reischer (18th cen., Germany; Shevus Ya’akov, vol. 1 no. 100) quotes Rav Ashkenazi’s responsum and points out that it works well with the verse about Yitzchak saying “The voice is the voice of Ya’akov, but the hands are the hands of Esav.” Normally the “voice of Ya’akov” would be enough for a positive identification but the “hands of Esav” served as a contrary indication, leaving Yitzchak uncertain. However, in general Rav Reischer is skeptical about Rav Ashkenazi’s analysis. From where do we know that the meisis will deny the witnesses’ testimony? Perhaps, he suggests, capital cases have a stronger bar of proof for identification and that is why voice recognition does not suffice. In other matters, it should be enough. And why does Rav Ashkenazi say that the witnesses failing to identify by sight a long lost brother constitutes a contrary indication? This is exactly what happened to Yosef with his brothers, “but they did not recognize him” because his face matured and he grew a beard. Rather, Rav Reischer seems to accept voice recognition in all cases except those with capital punishment, which is not administered today.

Rav Moshe Sofer (Responsa Chasam Sofer, Choshen Mishpat, no. 2) argues that voice recognition can serve as a contributing factor in identification. If you have two indications, voice recognition can be one of them. That is why Yitzchak asked Ya’akov, “Come near me, please, so I may feel you” (Gen. 27:21). Voice recognition was not enough to make a positive identification but the addition of touch would suffice. Similarly, a blind man knows how his wife feels so that touch, in addition to the voice, permits them to have relations. This is a logical approach but I find it difficult to see a hint to that suggestion in the Talmud’s text and I think back to Ri Migash’s admonition, mentioned above.

Rav Aryeh Leib Heller (early 19th cen., Galicia; Ketzos Ha-Choshen 81:13) discusses the case of witnesses hiding behind a bed canopy. This is cited by Ri Migash, as discussed above, but Rav Heller did not seem to have access to Ri Migash’s responsa or at least was not aware of this responsum. Rav Heller quotes Rav Chizkiyah Da Silva (17th cen., Israel; Peri Chadash, Hilkhos Akum, which I have not been able to locate)[1]This discussion does not appear in Peri Chadash, Hilkhos Ma’akhalei Akum. Yoreh De’ah 118 and 119 seem like natural places but I could not find it there. who says that we do not trust voice recognition when there is a concern the person might alter his voice. We don’t worry about a woman altering her voice to sound like a blind man’s wife, so voice recognition works for them. With witnesses, we are concerned that a guilty might alter his voice to fool anyone who might be listening.

Rav Heller disagrees and distinguishes between different areas of halakhah. For matters of ritual behavior, things that are either permitted or forbidden (like marital relations), voice recognition suffices for identification. Matters of business law (dinei mamonos) and capital punishment (dinei nefashos) require a higher level of certainty and therefore voice recognition does not suffice for identification in those areas of halakhah.

Rav Ya’akov Lorberbaum (19th cen., Poland; Nesivos Ha-Mishpat 81:7) disagrees with Rav Heller. He points to Bava Metzi’a (20a), which says that monetary matters are less strict than ritual law because one party can always forgive the financial obligation. Therefore, if we accept voice recognition on ritual matters, and monetary matters are less strict, then we should accept voice recognition for business law, as well. Capital cases are so strict that we require visual identification. In all other areas, any identification suffices, including voice recognition.

Halakhic authorities struggle with the lesser certainty of voice recognition. While sight recognition has limitations, voice is easier to mistake or disguise than visual appearance. Earlier authorities view it as a binary option, either we accept or reject it. Later authorities try to navigate between different circumstances.

Rav Ya’akov Reischer and Rav Ya’akov Lorberbaum distinguish between capital cases and other cases. For anything that is not life or death, we accept the lower level of identification of voice recognition. Rav Aryeh Leib Heller accepts voice recognition only for ritual matters.