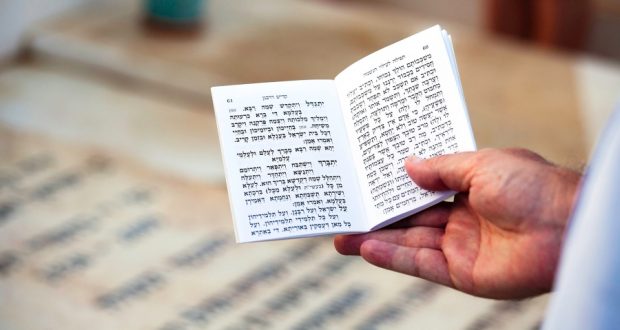 Sharing Kaddish in a Mourner’s House

Question: I am saying Kaddish and recently went to a shiva house for tefilla. After I said a Kaddish with the aveilim, someone told me only the aveil(im) in shiva may do so in a shiva house. Is he right?

Answer: First we need to understand the stands on the question of whether all aveilim recite Kaddish or whether only one person is chosen (see rules in Be’ur Halacha, Orach Chayim 132) for each Kaddish. Until around 200 years ago, most Ashkenazi communities had one reciter, whereas the long-standing Sephardi minhag is for all to recite it. When concerns over quarreling between aveilim started changing Ashkenazi minhag, some of the poskim opposing change wrote teshuvot (see Shut Chatam Sofer I:159; Shut Binyan Tzion 122) pointing out the advantages of the old approach. (Their arguably biggest reason – not to change communal minhagim – is a non-issue in places where the minhag has been changed long ago.)

The main “halachic” reason to leave Kaddish to one person is the rule that two voices cannot be heard simultaneously sufficiently clearly (see Rosh Hashana 27a), which is a problem here because the tzibbur needs to hear and respond to the Kaddish said on behalf of the group (see Tzitz Eliezer XIV, 13). There is much to discuss but it does not affect your question, as it applies equally in a shul as in a beit ha’aveil.

The relevant question is whether additional reciters take away from the impact of one who would be reciting it alone. If yes, it is logical to argue that it was one thing to provide multiple year-long aveilim with parallel rights in the public domain more opportunities to get a lower benefit of saying Kaddish, and thereby also avoid quarreling. However, to go into the house of (a) specific aveil[im] in shiva, with unique, urgent spiritual needs, could be wrong.

We thus need to understand the power of Kaddish. There are four main explanations: 1) Leading/prompting the congregation who answer Kaddish brings merit to one’s deceased parent (Shut Chatam Sofer I:159). 2) Reciting Kaddish sanctifies Hashem’s Name, which is credited to the reciter’s parent (see Tzitz Eliezer ibid.). 3) Acknowledging Hashem’s greatness when focused on a death is a tzidduk hadin (accepting divine justice), which enables the death to atone for sins and/or fights off the mourner’s questioning of Hashem’s justice (Gesher Hachayim I:30:4). According to the latter reasons, the joint recitation of others with the shiva house aveil does not take away from Kaddish’s power and benefit. However, according to the Chatam Sofer’s reason, if many say Kaddish together, why should the main aveil be considered the minyan’s Kaddish facilitator? Thus, what you were told makes some sense.

However, the broad minhag is to not preclude others from saying Kaddish along with the aveilim. Therefore, you had a right to say Kaddish and not “sacrifice” your deceased’s benefit and your obligations toward him or her because of the possibility of taking away from the shiva house aveil. This is the way a community works in balancing competing needs. The shiva house aveilim have joined the “brotherhood” of Kaddish reciters, in which cooperation and mutual understanding is crucial. They may have their opportunities to continue reciting Kaddish in the coming year at other people’s shiva houses.

This being said, if the mourners themselves made a request, one should follow it. The emotional needs of the people in shiva are foremost even if their request is not ideal. You would then be justified to daven in a place where you can say Kaddish, assuming the shiva house will not have minyan problems.

In any case, it behooves other Kaddish reciters to be sensitive about another point in the Chatam Sofer (ibid.). Possibly the Kaddish reciter who is most audible and/or first to saying “v’imru amen” gets Kaddish’s main benefit. Therefore, it is good middot for visiting reciters to tone down the recitation so that it is clear that the minyan’s main focus is the shiva house aveil, whether this gives a spiritual or at least a psychological benefit to him.