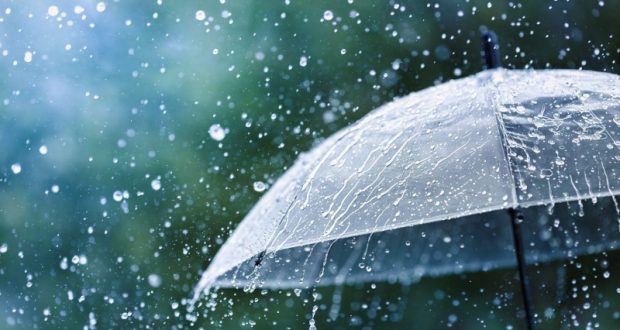 Question: At a time of year when we do not mention rain in Shemoneh Esrei’s second beracha, the chazan started saying “Mashiv haruach …” People called out to him “morid hatal,” and right after he said “… hagashem,” he added “morid hatal” and continued. Was that valid?

Answer: One who says “morid hagashem” in the summer must go back (Shulchan Aruch, Orach Chayim 114:4), because we must not praise Hashem for rain when it is “a curse” (in Israel) (see Ta’anit 3b with Rashi). Although there are different opinions among Rishonim what the gemara means by making him go back (see Mordechai, Ta’anit 612; Rambam, Tefilla 10:8), we pasken that it means going to the beginning of the beracha. (If he went on to the next beracha, then it is to the beginning of Shemoneh Esrei (Shulchan Aruch ibid.).)

There are two explanations of why to return to the beginning of the beracha. 1) The incorrect beracha was valueless, making starting again fundamentally necessary (Korban Netanel, Ta’anit 1:1). 2) If one continues, there is no way of showing that he regrets mentioning rain; by going back and omitting it where it is mentioned, he shows he takes back mentioning it (Mordechai ibid.; Ma’adanei Yom Tov, Berachot 4:14). One apparent nafka mina is whether it is enough to go back to the words before the place to mention rain (rav l’hoshi’a), where he can omit rain this time but it is not a full redoing of the beracha. Indeed, the Chayei Adam (I,24:6) says that while it is proper to go back to the beginning, it suffices to go back to “rav l’hoshi’a.” Your case is likely another nafka mina for those (Sephardim, Chassidim, as well as Ashkenazim in Israel) who say morid hatal in the summer. Although dew is not “rain negating” (after all, we ask for it along with rain in Barech Aleinu in the winter), the fact that it is the formula for the summer can make it sufficiently clear that he regrets mentioning rain.  Therefore, Tehilla L’dovid (114:4) says it suffices (at least b’dieved) for such people to say morid hatal instead of going back to the beginning of the beracha. In fact, the Be’ur Halacha (to 117:3) says that one who said v’ten tal u’matar (in the ostensibly parallel Barech Aleinu; Shevet Halevi (VI:16) says they are not comparable in our context) in the summer and went back to say “v’ten beracha” fixed the beracha. Possible support for the position that the beracha is not inherently flawed is the fact that one does not need to go back to the beginning of Shemoneh Esrei (see Pri Megadim, Eshel Avraham 114:9).

Despite all of this, several Acharonim posit that if one only went back to “morid hatal,” he has not fulfilled his requirement. The Shevet Halevi (ibid.) says that going back, even right away, does not suffice to erase the damage done, and starting the beracha anew is necessary, and this is Ohr L’tzion’s (II:7:29) bottom line as well. L’horot Natan VI:6 questions some of our assumptions, such as that going back to beginning requires the very first words, and that for those who say morid hatal it is an effective sign of retraction. Since there are formidable opinions on both sides, if one just added morid hatal and then finished the beracha, the matter is a doubt (Teshuvot V’hanhagot I:84). While generally it could be at least laudable to do another Shemoneh Esrei, with intention that if it is unnecessary, it should be an optional tefilla (Shulchan Aruch, OC 107:1). One cannot use this ploy on Shabbat, as optional tefillot are not possible then (ibid.).

The above relates primarily to a mistake made in the silent Shemoneh Esrei. While fundamentally the same rules apply to chazarat hashatz (Mishna Berura 126:3), a few factors are impactful. It is a true tircha d’tzibbura and embarrassment to the chazan to repeat chazarat hashatz because of the improperly corrected mistake. Additionally, since you describe the people calling out “morid hatal” as he started his mistake prompting the chazan to change course, it is clearer that he was taking back the mention of rain and one can rely on the opinions that morid hatal suffices.