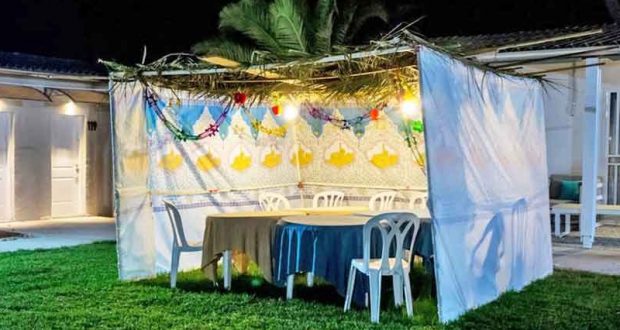 Traveling to a Place without a Sukka

Question: Is it proper to go on a trip to a place where one does not know that he will have access to a sukka?

Answer: The gemara (Sukka 26a) exempts from sitting in a sukka those who travel for mitzvot and even travelers for other purposes, but whereas the former are exempt day and night, travelers for optional matters are exempt only during the time of the day they are traveling. Tosafot (ad loc.) explains that whereas the mitzva exemption is one application of a broad exemption from mitzvot for those involved in other mitzvot, the traveler exemption is based on a concept unique to sukka – teishvu, k’ein taduru. This means that because the sukka should replace your house, things that one regularly does outside his house are not required to be done in the sukka. Therefore, travelers, who do not eat in their home, do not have to eat in a sukka. The Rama (Orach Chayim, 640:8) understands this leniency for a non-mitzva traveler to allow him to travel even if he will not have a sukka during his night stopover.

How is the traveler expected to seek a sukka? The Magen Avraham (640:15) says he is to build one, if one is not available at his stopping point. The Levush (OC 640:8) considers it beyond normal expectations (see Rama, OC 640:4) to toil so much as to build a sukka there. He posits that his obligation is to try to get access to a local sukka. The Biur Halacha (to 640:8) agrees with the Levush, as the Rama implies. Based on the basic sources, then, seemingly one may travel, as is a normal thing to do, and eat along the way outside a sukka, and if he stays in a place with a sukka, he should just seek one out if possible.

In recent times, Rav Moshe Feinstein (Igrot Moshe, OC III:93) claimed that the gemara referred to cases of commercial trips, but pleasure trips, which are not a reasonable need, have no leniency. (See Shulchan Aruch, OC 539:5 regarding when commerce is permitted on chol hamo’ed). Rav Feinstein raises another issue. Even if under the circumstances, one is exempt from sukka, Hashem looks critically upon those who put themselves in situations that obviate mitzva obligation, e.g., one who wears clothing that does not require tzitzit (Menachot 41a). Rav Moshe reasoned this applies here as well.

Normally, we react negatively to distinctions that go against setimat haposkim. In other words, if this common exemption were limited, earlier poskim should have pointed this out. Indeed, Rav Elyashiv’s (see Dirshu 640:41) posits that recreational travelers also have the fundamental exemption. However, in this case, lack of precedent is a weaker argument than usual because until recent times, people rarely traveled recreationally away from their vicinity. Then, arguably, this case did not come up, and the assumption could have been that the traveler’s exemption applied only to a standard need, i.e., a financial or other pressing one.

On the other hand, the sociological pendulum has turned some examples of recreation into a necessity of life, as for very many, Sukkot “glued to” around the home is a lost family opportunity. Many bnei Torah shorten summer holidays to be home (part of) chol hamoed (see Living the Halachic Process I,D-9). It is thus no light matter (sometimes on a par with financial loss) to curtail the opportunity to spend it in a memorable way with the family due to concern about the sukka. Rav Elyashiv (ibid.) is cited as distinguishing between this and avoiding tzitzit, as that is a problem when one does something unnatural and/or on an ongoing basis to get out of the mitzva.

Rav Elyashiv advised, as did Rav Ovadia Yosef (Yechaveh Da’at III:47), to use this exemption sparingly, and we would identify the following parameters as part of broad guidance: 1. How important is the recreational trip? 2. Does it have alternatives in places with a sukka or close enough to make it home to eat? 3. How long will the sukka hiatus be? Rav M. Willig suggested the following compromise: take the trip but look for a sukka, and if one cannot find one, eat things that do not require a sukka.