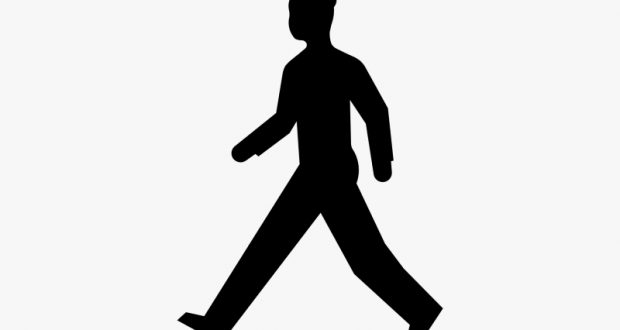 Going to and from an Aliya

Question: Can you explain the details of how one should walk to an aliya and how and when he should return?

Answer: There are no direct Talmudic sources on this matter, but Rishonim and Acharonim apply general principles and parallel sources.

The Terumat Hadeshen (II:119) says that (assuming there are two openings to the bima) one should go up through the one closer to him. He mentions a Talmudic source that describes that procedure regarding entering the complex of the Beit Hamikdash, but later authorities (including the Gra, Orach Chayim 141:7) found no such source. The Gra prefers an approach that puts a premium on going to the right rather than the shorter path. This has sources in Chazal, as a kohen who goes up to the mizbe’ach normally turns right first even if it is longer (Yoma 45a) as does one who enters the Beit Hamikdash courtyard (Midot 2:2). The Chatam Sofer (Shut Orach Chayim 187) claims that even the Terumat Hadeshen believed in going to the right, just that he would position himself so that the closer way would be to the right. In any case, the Shulchan Aruch (OC 141:7) rules that going to the closer “opening” to the bima is the first priority, and only when they are equivalent should one go to the right side. The Mishna Berura does not cite those who argue, and this is accepted practice.

The Mishna Berura (141:22) cites two reasons for going the shorter way: 1. Honor of the community warrants the shortest wait possible for the oleh. 2. To show respect for the (sefer) Torah, by going to read it as directly as possible (brisk walking also honors, running does not – Mishna Berura 141:25). There are different potential nafka minot: 1. On Shabbat, due to Mi Shebeirach for the olim, there is plenty of time to get to the bima, but getting there quickly still honors the Torah. Possibly, going to the right would then be better than the shorter route, although this is apparently not the minhag. 2. Whether it is permitted to walk the longer distance more quickly (Torah Lishma 57 cites precedent for the shorter path being a real advantage even when it is not done more quickly).

It is unclear whether in calculating the short path, we should consider the fact that the oleh stands right of center of the bima and if coming from the left, he may have to maneuver around the ba’al korei. The language of the Shulchan Aruch implies that the distance from the bima is the determinant, and that seems correct regarding the element of honor.  In rooms where the bima has no partitions and thus openings, a beeline to the place the oleh will stand seems ideal.

Chayei Halevi (I:18) points out that the minhag is that the chazan approaching the bima with the sefer Torah always goes to the right. He explains that this is correct because the tzibbur is not waiting for an individual, the chazan is not going to (but with) the Torah, and because the bima is almost always in the middle (making the right side the “tiebreaker”), we are consistent.

After finishing the aliya, there are two reasons to prefer taking the opposite side (Shulchan Aruch ibid. and Mishna Berura 25). Going the long way shows “reluctance” to leave, and there is a precedence for leaving holy places from a different side than one came in (see Yechezkel 46:9).

As far as timing, Sephardim leave the bima after the ending beracha, but Ashkenazim wait longer. The Rama (OC 141:7) states that it is until after the next oleh makes it to the bima, so as not to leave the sefer Torah “unattended.” The Mishna Berura reports on our minhag to wait after the next aliya so that one not miss some of the laining while walking back to his place. Based on the reasoning, it makes sense to leave before the next oleh’s concluding beracha, as hearing the beracha is both easier to follow and less important for the individual than the laining. However, the Chayei Adam (I, 31:10) implies that it is better to wait until after the beracha to hear it properly. It also seems that people like to wait to wish Yasher Koach to the next oleh, and it is hard to argue with good manners.

2022-10-20
Daniel Mann
Previous: The Obligation to Propagate
Next: Force-fed Sin