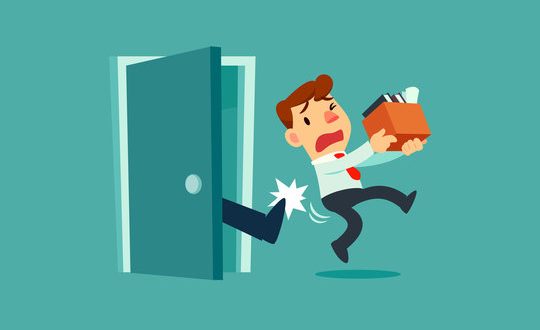 Expelling a Member from Shul

It is both a privilege and an obligation to belong to a shul. However, sometimes a community finds it necessary to expel a member. Under what conditions is it permissible to tell someone he is no longer welcome in shul? Surprisingly, even though this has been an issue for at least a thousand years (probably longer), there are no straightforward guidelines as to when a shul may expel someone. I would like to discuss some general principles found in the responsa literature.

I. Protecting the Vulnerable

Certainly, an overriding principle has to be lo sa’amod al dam rei’ekha, the prohibition against standing idly by someone’s blood. This requires taking great care to protect shul attendees from physical harm. If someone poses a physical danger to others, he cannot be allowed in shul. Of course, regarding this and everything else we will discuss, the specific details and facts make a great deal of difference. It is not the purpose of this article to establish how to determine when someone poses a danger or raises any other concern.

We are obligated to protect others from not only a physical danger but also a spiritual danger. Shulchan Arukh (Orach Chaim 306:14) permits violating Shabbos to try to prevent a Jew from being converted to Christianity. We are obligated to protect our shul members from those who proselytize for other religions or for no religion. Again, exactly how that translates into practice depends on the details.

However, weighing against these concerns, is the reality that expelling someone from shul will severely impact him psychologically and religiously. While this cannot override the safety of others, it still must be at the forefront of thought (see also Taz and Nekudos Ha-Kessef to Yoreh De’ah 334:1).

In the early 1500’s, the town of Reggio in Italy had a minyan in a private home. The minyan was open to the public, both local residents and visitors from afar. The owner of the home got into a heated personal argument with one of the attendees and did not want that man praying in his home. The homeowner told his antagonist to leave and not come back. The man did come back and pointed out that one part of Rabbeinu Gershom’s cheirem protects against this very situation. There are a number of enactments attributed to Rabbeinu Gershom (11th cen., Germany). Among them is a prohibition against the individual host of a minyan from prohibiting a single person from praying in his house. Rather, he must either allow everyone or expel everyone (Jewish Self-Government in the Middle Ages, pp. 120, 130).

The homeowner then promptly discontinued his minyan and started a new minyan. In order to attend this new minyan, every person had to sign a contract giving the homeowner the right to expel anyone he wanted. The homeowner then asked the highest halakhic authority in Italy, Rav Meir Katzenellenbogen (Maharam) of Padua. Maharam Padua (Responsa, no. 85) replied that this solution works. The homeowner can set any condition he wants and it retains halakhic force.

However, the expelled individual did not give up and continued trying to bring in other rabbis to disagree. Eventually the homeowner died and his son continued the shul under the same conditions. This question reached Krakow, where Rav Moshe Isserles was the chief rabbi. His brother-in-law, the dayan, Rav Yosef Katz, sent a responsum to Reggio declaring that the minyan must remain open to everyone (She’eris Yosef, no. 69). Rav Katz invokes the Talmudic ruling (Bava Kamma 28a) that it is prohibited to remove public access from a path that the masses established. Once the public establishes access to the path, even on private property, people have the right to that path and the owner cannot revoke that right. Similarly, argues Rav Katz, once a person establishes a minyan that is open to the public, he cannot revoke that access. He could have asked that, if so, what did Rabbeinu Gershom accomplish with his cheirem? Even without it, you can’t expel anyone from an established public minyan. Rav Yishmael Ha-Kohen of Modena (19th cen., Italy; Zera Emes, Orach Chaim no. 25) answers that normally you are not allowed to expel anyone from even a private shul. However, you could still take a vow forbidding an individual from receiving benefit from your property. Rabbeinu Gershom’s cheirem prevents even this.

Rav Moshe Isserles (Rema) was Rav Katz’s brother-in-law and Maharam Padua’s younger first cousin. According to whom should he rule? In Darkei Moshe (Orach Chaim 153:9) and his glosses to Shulchan Arukh (Orach Chaim 153:16; Yoreh De’ah 221:1), Rema quotes Maharam Padua’s responsum but only in regard to someone who opens a shul on condition. Rema rules that a condition works, like the contract required by the homeowner in Reggio. However, Rema does not take a stand on whether a homeowner can take a shul once open to the public and restart it based on a condition that attendance can be limited. Therefore, it is not clear according to whom Rema follows on that issue. Interestingly, Maharam Padua’s son, Rav Shmuel Yitzchak Katzenellenbogen, had initially ignored the attempts to bring him into this controversy. However, after he saw the responsum from Rav Katz, who lived so far away in Krakow, he felt he needed to get involved. In response, the younger Rav Katzenellenbogen wrote a lengthy response to Rav Katz, quoting large portions and responding directly to them (Responsa Maharshik, no. 26).

What emerges from the Reggio controversy, and particularly from Rabbeinu Gershom’s earlier cheirem, is that the owner of a private shul may not expel an individual due to personal dislike. What is the underlying rationale of this rule? Is it that this would prevent the individual expelled from performing mitzvos, which requires justification? Or is it that expelling an individual for personal reasons constitutes hurtful behavior, similar to the story of Kamtza and Bar Kamtza (Gittin 55b) in which a host expelled Bar Kamtza from a party which eventually led to the destruction of the Second Temple?

If the reason not to expel an individual from shul is that of preventing someone from doing mitzvos, then as long as there is another shul in the area you should be allowed to expel anyone you want from a private shul. He can go somewhere else to fulfill his mitzvos. If it is due to hurtful behavior, you should not be able to expel someone even if there is another shul nearby. I am sure that Bar Kamtza could have gone to another party but being kicked out of a party once he was there was particularly hurtful.

Somewhat similarly, can you start a shul on condition that someone specific cannot attend? If the reason for the cheirem is so as not to prevent someone from doing mitzvos, then this condition should not be allowed. You are preventing this individual from doing mitzvos. However, if the reason is not to expel him like they did to Bar Kamtza, then this case is not the same. Here, you only are not inviting him to your shul. Who says that you have to invite everyone? Once he is there, you can’t expel him. But when deciding whom to invite, you can choose not to invite everyone.

Significantly, Mishnah Berurah (20th cen., Poland; 153:88; Bi’ur Halakhah, s.v. le-osrah) follows the view that this is prohibited due to the insult to the person expelled, like Bar Kamtza. Therefore, you may not expel him even if he can go to another nearby shul. This is about a private shul. Can you expel someone from a communal shul because of a disagreement with a shul leader, like the rabbi or the president? Presumably, this applies equally to a communal shul. The cheirem was only needed for a private shul in which the homeowner might feel like he can expel someone from his property. But the reasons for the cheirem apply equally, perhaps even more strongly, with a communal shul.

Rav Yishmael Ha-Kohen of Modena (19th cen., Italy; Zera Emes, Orach Chaim no. 25) adds that you may also expel someone from shul for being quarrelsome. Rabbeinu Gershom’s cheirem only applies to a personal grudge between two people. Someone who causes fights and disagreements with many people is different. The disruption he causes in the shul justifies expulsion. Rav Simcha Rabinowitz (cont., Israel; Piskei Teshuvos 153:24) adds that this also applies to someone who talks during prayers and Torah reading. Of course, you should first try speaking with him privately and asking him to stop. However, as a last resort, expulsion is allowed because he disrupts the shul’s prayers.

Based on the above, we see that expelling someone from a shul is a significant matter. The insult and pain is substantial and could lead to tragedy. However, the public needs protection and the shul needs to enable prayer. Therefore, someone who is dangerous to the community or disruptive to the prayers may need to be expelled from shul. It is a serious question that requires significant consideration and consultation with greater authorities.